Should Golden State be worried? 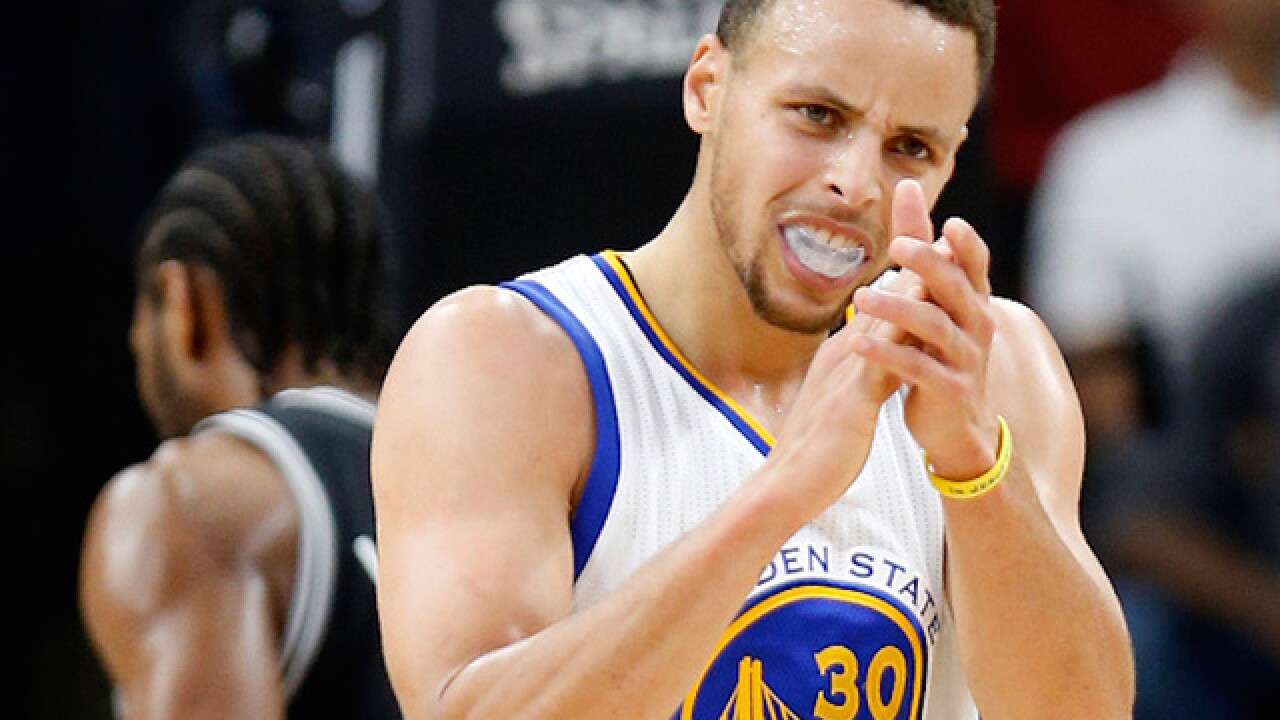 Ronald Cortes
<p>SAN ANTONIO,TX - APRIL 10: Stephen Curry #30 of the Golden State Warriors applauds his team's effort in game against the San Antonio Spurs at AT&T Center on April 10, 2016 in San Antonio, Texas. The Warriors won 92-86, tying the all-time record for wins in a season with 72. NOTE TO USER: User expressly acknowledges and agrees that , by downloading and or using this photograph, User is consenting to the terms and conditions of the Getty Images License Agreement. (Photo by Ronald Cortes/Getty Images)</p>

The Golden State Warriors are poised to make NBA history in their regular-season finale on Wednesday. If they can beat the Memphis Grizzlies on their home floor (where they’ve lost just once this year), they’ll notch their record 73rd win of the season — one more than Michael Jordan’s 1996-97 Chicago Bulls team.

But while the Warriors will certainly be heavy favorites to repeat as NBA Champions in the upcoming playoffs, regular-season dominance has not always translated into postseason success for other historically great teams in other sports.

NFL
The 1972 Miami Dolphins are famously the only team in NFL history to go undefeated and win a championship, but they played in era with a 14-game schedule. The 2007 New England Patriots currently hold the record for most wins in a regular season, after finishing the regular season a perfect 16-0. However, the Patriots were shocked in the Super Bowl by the underdog New York Giants when Eli Manning found Plaxico Burress in the end zone with just 39 seconds remaining.

MLB
Two teams share the record for most wins in a single baseball season — the Seattle Mariners matched the 1906 Chicago Cubs with 116 wins in 2001, though the Cubs managed the feat in 10 less games.

The ‘01 Mariners, led by Ichiro Suzuki, Brett Boone and Freddy Garcia bowed out in ALCS in 2001, losing to the Yankees in five games.

The 1906 Cubs fell to their cross-town rival White Sox in what many consider to be one of the biggest upsets in World Series history.

NCAA Basketball
A number of teams have gone undefeated on their way to a National Championship — in fact, UCLA did it in back-to-back seasons in 1971-72 and 1972-73, and the UConn women’s team just achieved the feat for the second time in three years.

However, it's been nearly 40 years since a men's team ran the table. That almost changed in 2014-15, when the Kentucky Wildcats went 31-0 through the regular season and stormed through to the Final Four. However, the Wisconsin Badgers knocked off the Wildcats in the semifinals, leaving Kentucky two games short of its goal.

NHL
The 1976-77 Montreal Canadiens are widely considered the best team in NHL history, after they won the Stanley Cup and led the league with an astounding 132 points in an 80-game schedule. But recently, the winner of the President’s Trophy (awarded to the team with the most points in the regular season) has struggled to win the championship.

Since the 2002-03 season, just two teams have gone on to win the Stanley Cup after holding the best record in the regular season: The 2007-08 Detroit Red Wings and the 2012-13 Chicago Blackhawks. In fact, only one other team (the 2010-11 Vancouver Canucks) even made it to Stanley Cup Finals.