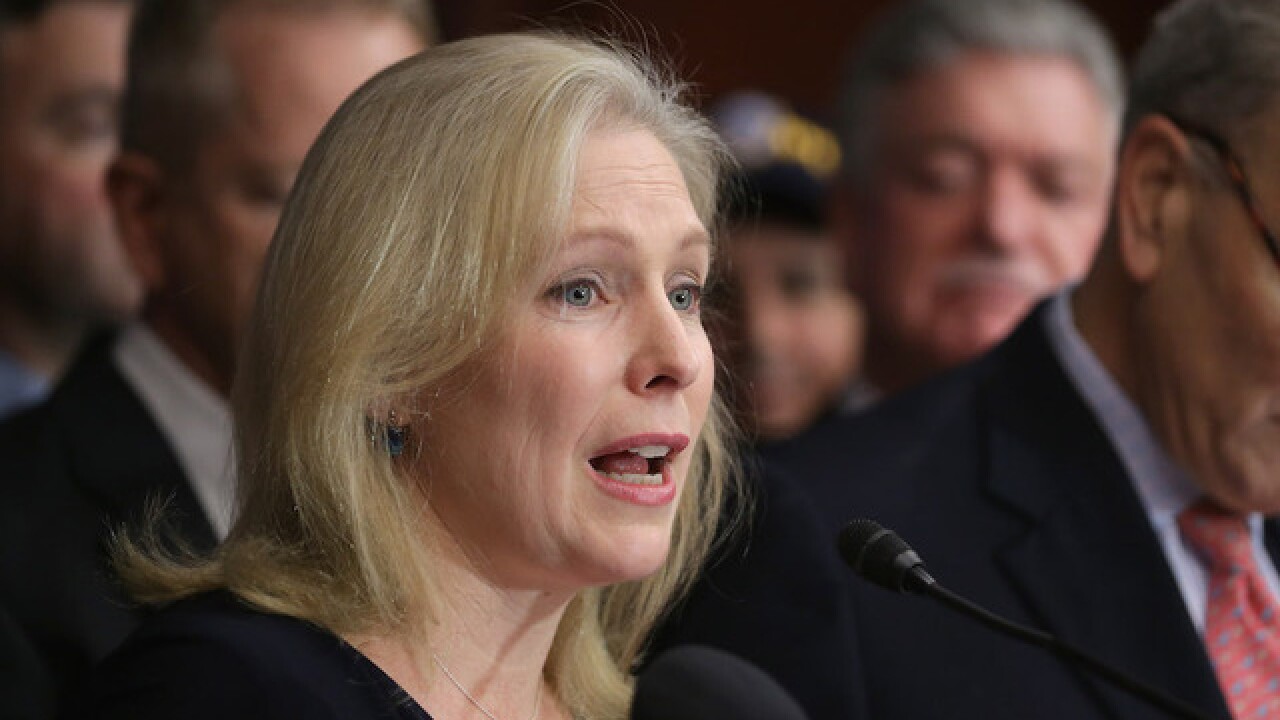 WASHINGTON (AP) — A U.S. senator is stepping up her criticism of the Pentagon's campaign to end sexual assaults, alleging in a report to be released Monday that a "troubling command culture" seems to favor closing cases over pursuing justice and leaves victims vulnerable to retaliation.

Sen. Kirsten Gillibrand, D-N.Y., examined files from 329 sexual assault cases that occurred in 2014 at bases in the United States and concluded sexual misconduct remains a pervasive, destructive force inside the armed forces and in military communities.

Her findings may strike nerves on Capitol Hill and at the Defense Department. Many lawmakers and senior U.S. military leaders say strides have been made over the last three years toward curbing sex crimes and punishing offenders. Congress has ordered numerous changes to the military justice system, they say, giving victims the confidence to step forward and report offenses.

The department said earlier this month that the number of reported sexual assaults involving active-duty service members dipped just slightly in 2015 compared to the previous year.

Gillibrand, the top Democrat on the Senate Armed Services personnel subcommittee, said significant progress won't be made without more aggressive reforms. The case files reveal a dysfunctional system of justice, according to Gillibrand, and show how sexual violence affects not only service members. Nearly a third of the cases involved civilian women, children and military spouses, the report said.

"The case files suggest a continued large-scale systemic failure and an ingrained culture that protects the accused and ostracizes the survivor at the expense of the public and our service members' safety," according to Gillibrand's report.

A Pentagon spokesperson said the department would not comment until it has reviewed the report.

The report is being released ahead of the Senate's consideration of the annual defense policy bill. Gillibrand is pushing to include in the bill a measure that she said targets "the bias and inherent conflicts of interest" that exist because of the way the military decides whether to prosecute sexual assault cases. That decision-making power is currently held by a small number of high-ranking officers. Gillibrand's proposal would give that authority instead to seasoned, independent military trial lawyers.

Critics of Gillibrand's bill said commanders are essential to maintaining good and order and discipline in the ranks. Removing them would mean fewer sex offenders will be caught and convicted, they said.

Yet the senator said there were several 2014 cases that failed to move forward even after military investigators found probable cause to do so. In one, an investigation determined that an enlisted service member sexually assaulted a woman while he used physical force to subdue her. But the command chose not court-martial the accused. He was found guilty of battery, given 45 days extra duty and reduced in rank.

There were no examples among the 329 cases of action being taken against anyone who retaliated against a person who made a sexual assault claim. Gillibrand said she specifically asked for information about prosecutions for retaliation and the absence of any is concerning.

In December 2014, a RAND survey initially said that more than 60 percent of sexual assault victims believed they had faced a form of retaliation from commanders or peers. The department reduced the estimate this year to nearly 38 percent after officials concluded that the survey questions may have inadvertently included actions by commanders seeking to protect the victim or other social practices that were not designed to deter a victim from pressing forward with criminal proceedings.

"Nevertheless, we have seen scant to no evidence that retaliation cases are being pursued anywhere in the services," Gillibrand said.

Gillibrand released a similar study a year ago that examined files for 2013 cases from the same four bases: the Army's Fort Hood in Texas, Naval Station Norfolk in Virginia, the Marine Corps' Camp Pendleton in California and Wright-Patterson Air Force Base in Ohio.

The case files the Defense Department provided are heavily blacked out and often incomplete, according to Gillibrand. An AP investigation published in November found a lack of transparency in the military justice system that makes it difficult for the public to know the details of cases that end in convictions.