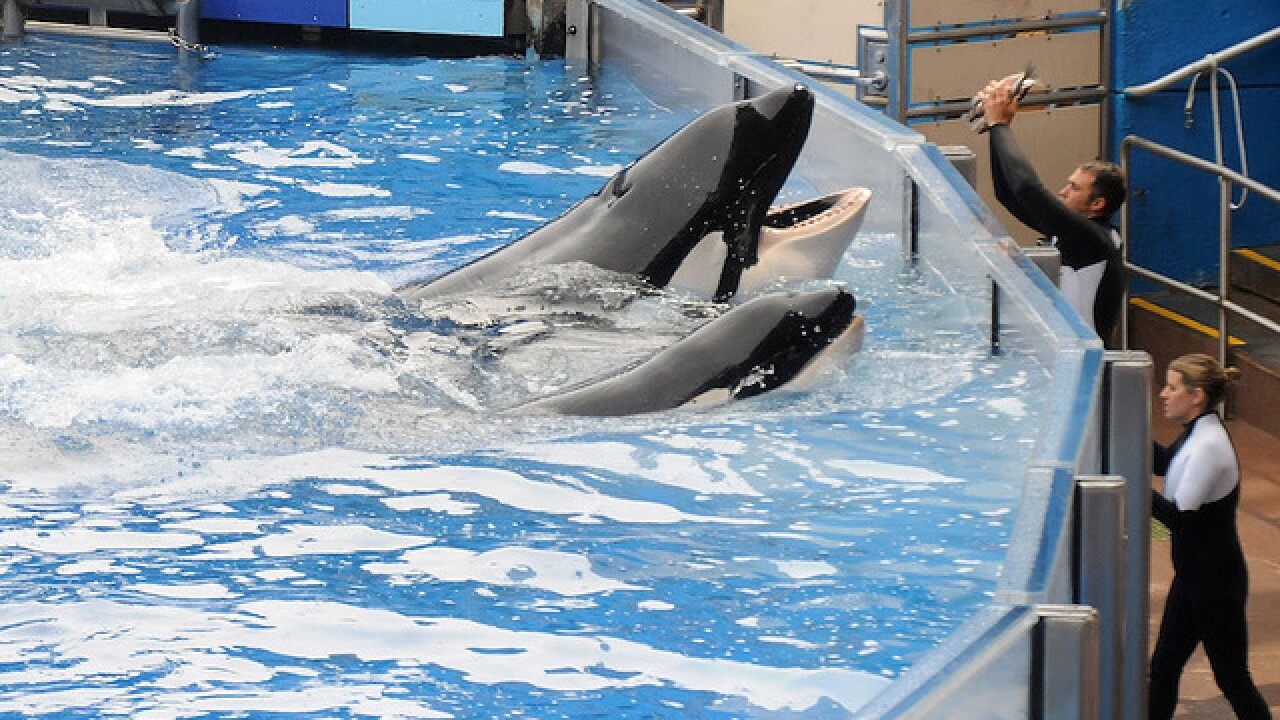 Copyright Getty Images
Gerardo Mora
<p>Killer whale "Tilikum" (Behind) appears during its performance in its show "Believe" in Sea World on March 30, 2011 in Orlando, Florida. </p>

The theme park owner reported that visitors to SeaWorld grew 5 percent for the quarter, the second consecutive quarter that attendance rose.

Sales and attendance figures topped forecasts, and shares surged more than 15 percent to a four-year high. Its stock is up more than 80 percent this year.

SeaWorld has struggled since a documentary called "Blackfish" aired in theaters and on CNN in 2013. The film focused on an orca that had killed people, including a trainer, and suggested that the conditions in which it was confined at SeaWorld contributed to its violent behavior. The company has disputed certain points in the documentary.

"We are pleased with our strong second quarter financial results and the continued momentum we see in the business," Reilly said in a statement.

The rise in visitors coincided with the start of the summer, when kids are off from school and families take vacations. Some analysts had dismissed a first quarter attendance surge because it came at a slow time for amusement parks.

But its SeaWorld parks draw the most scrutiny.

In addition to the "Blackfish" documentary, the company has been targeted relentlessly by the animal rights group PETA.

In an attempt to rehab its corporate image, SeaWorld announced in 2016 that it would stop breeding orcas in captivity and also end its orca shows at its San Diego theme park. They continue elsewhere.

But PETA is not enamored of the changes.

PETA owns a tiny stake -- 339 shares -- in SeaWorld, with the hopes that it can urge other investors to put more pressure on management for bigger changes.

"We find that many families who recently went to SeaWorld say they'll never go back after what they saw. Shareholders should be wary," PETA executive vice president Tracy Reiman said in a statement to CNNMoney.

"This summer's events show that although the marine park may have a few upward blips, it's on a downward trajectory that won't stop until the animals are out of the tanks and in coastal sanctuaries," Reiman added.

While PETA may still not be satisfied with some of the changes, SeaWorld has put another problem behind it.

The company said Monday that it had reached a settlement with the Securities and Exchange Commission over an investigation into certain "disclosures and public statements" made by SeaWorld.

SeaWorld said it did not admit or deny any of the SEC's allegations and that it recorded a $4 million charge in the quarter to settle the matter.