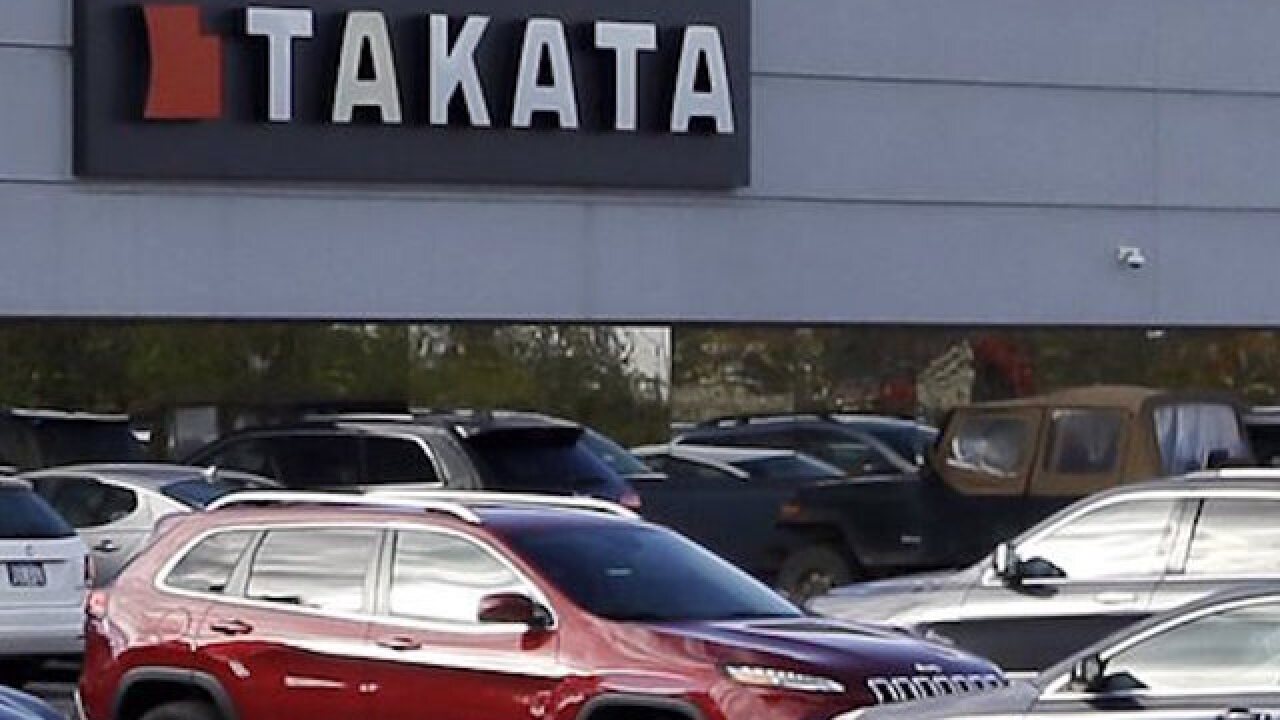 DETROIT (AP) — Scientists hired by the auto industry have determined that multiple factors — including moisture and high humidity — can cause some Takata air bags to inflate with too much force and hurl shrapnel at drivers and passengers.

The Independent Testing Coalition, which has been investigating the cause for the past year, announced its findings Tuesday afternoon.

Air bags made by Japan's Takata Corp. have caused at least 10 deaths and 139 injuries worldwide. Takata uses the chemical ammonium nitrate to create a small explosion and inflate the air bags in a crash.

The Virginia rocket science company Orbital ATK, which was hired by the coalition, determined that three factors, working together, can cause the air bags to explode with too much force. Using "phase-stabilized" ammonium nitrate without a moisture-absorbing substance — as Takata does — increases the risk of an explosion after long-term exposure to high temperatures and moisture. Orbital ATK also found that Takata's inflator assembly doesn't adequately prevent moisture from intruding in very humid conditions.

The coalition said its findings apply to around 23 million of the 28 million Takata air bag inflators that have been recalled by the U.S. government. All of those air bags use phase-stabilized ammonium nitrate without a drying agent.

The cause of the problem has eluded investigators for more than a decade. Takata has given multiple explanations, including quality control problems at manufacturing facilities and exposure of the air bags to high humidity.

In a statement Tuesday, Takata said the coalition's results are consistent with its own testing. Takata said age and long-term exposure to heat and high humidity appear to be significant factors in cases where inflators have malfunctioned. The company said it is cooperating with the coalition and the U.S. government.

David Kelly, a former acting administrator of the National Highway Traffic Safety Administration and the coalition's project manager, said the next phase of the investigation will focus on the performance of all of the inflators that are being used as replacement parts in ongoing recalls of Takata air bags. He said owners whose vehicles have been recalled should continue to get their air bags replaced while the investigation continues.

The faulty inflators are used in both driver and passenger-side air bags. Globally, about 50 million inflators are subject to recall. U.S. safety investigators have said that the number of recalls is certain to grow as more tests are done.

Analysts say there could be 50 million or more Takata inflators in U.S. cars and trucks that haven't been recalled yet. Takata must prove to the National Highway Traffic Safety Administration that the inflators are safe or all of them will be recalled starting in 2018.