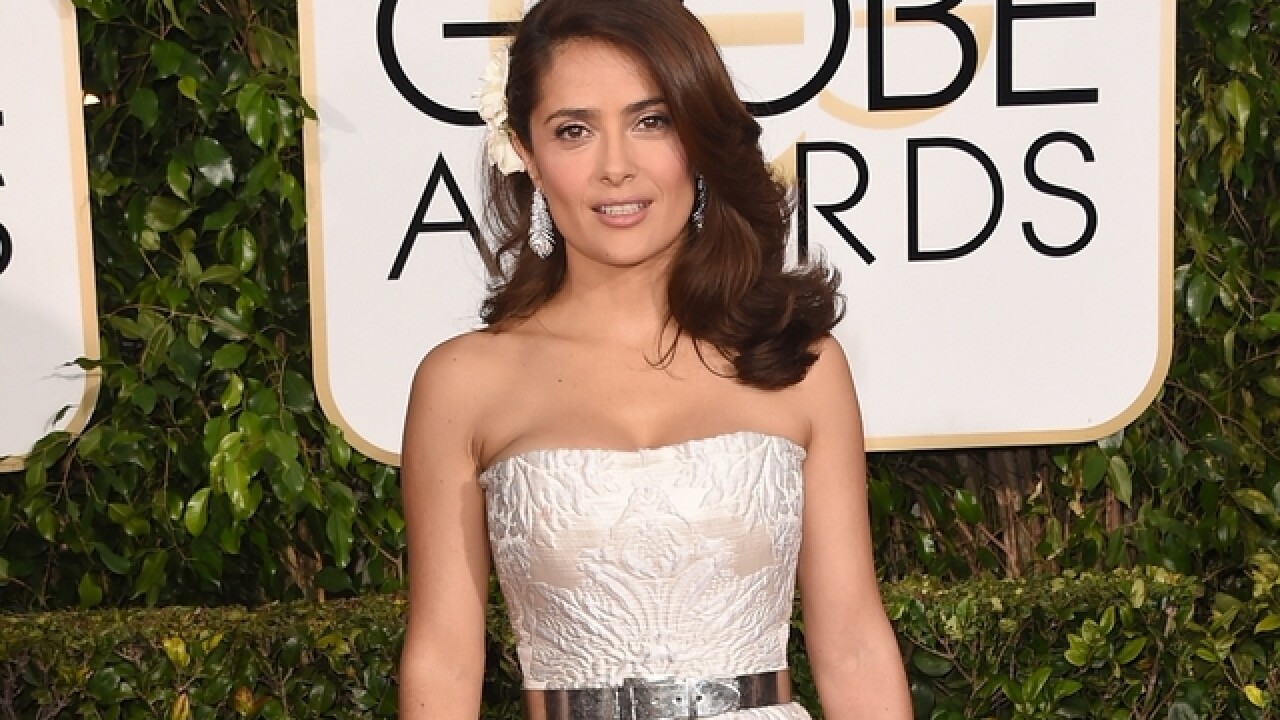 Salma Hayek is breaking her silence about Harvey Weinstein in a New York Times op-ed in which the star details sexual harassment and abusive behavior on the set of "Frida."

His accusers now include nearly 70 women.

Weinstein has been accused of sexual harassment, misconduct and sexual assault. Through a spokeswoman, Weinstein has previously denied any instances of "non-consensual" sex or "acts of retaliation."

When contacted by CNN, Weinstein's representatives did not immediately have a response to Hayek's story.

A spokesperson for Hayek told CNN she had no further comment.

In her piece, Hayek admits she initially "didn't consider my voice important, nor did I think it would make a difference." But she now confesses, "For years, he was my monster."

The two entered into a business relationship when Hayek sought a company with which to produce the script for "Frida," about the famed artist and icon Frida Kahlo.

Hayek said after starting the development process, she found herself dealing with repeated instances of sexual harassment by Weinstein, including requests that she take a shower with him and offers of massages and oral sex.

"I don't think he hated anything more than the word 'no,'' wrote Hayek, who said her constant rebuffing would always result in Weinstein exhibiting "Machiavellian rage."

"The range of his persuasion tactics went from sweet-talking me to that one time when, in an attack of fury, he said the terrifying words, 'I will kill you, don't think I can't,'" she said.

Weinstein eventually held the future of the film over her, according to Hayek.

She fought legally to get the production back on track but doing so came with numerous, nearly impossible conditions, including a rewrite of the script, raising $10 million for financing, and casting four prominent actors in smaller roles.

Hayek credits "a phalanx of angels who came to my rescue," including Edward Norton, who rewrote the script for no credit, producer Margaret Perenchio and director Julie Taymor.

Once filming started, Hayek said "the sexual harassment stopped but the rage escalated."

"We paid the price for standing up to him nearly every day of shooting," she said. "Once, in an interview he said Julie and I were the biggest ball busters he had ever encountered, which we took as a compliment."

Hayek said Weinstein made it a point to belittle her abilities as a producer and actress. He told her "the only thing I had going for me was my sex appeal," she said.

Weinstein demanded the addition of a love scene with full-frontal nudity, threatening to shut down production if they refused, Hayek said.

"This time, it was clear to me he would never let me finish this movie without him having his fantasy one way or another. There was no room for negotiation," she said. "I had to say yes."

The scene was included, but Hayek says filming it caused her emotional distress, so much so that she took a tranquilizer to film it.

By the time the filming of the movie was over, Hayek she was "so emotionally distraught that I had to distance myself during the postproduction."

"Frida" would go on to be nominated for six Academy Awards, including Hayek for best actress, and was awarded two Oscars.

Hayek said she found comfort in "telling myself that I went to war and I won." But asks, "why do so many of us, as female artists, have to go to war to tell our stories when we have so much to offer?"

"Until there is equality in our industry, with men and women having the same value in every aspect of it, our community will continue to be a fertile ground for predators," she said.