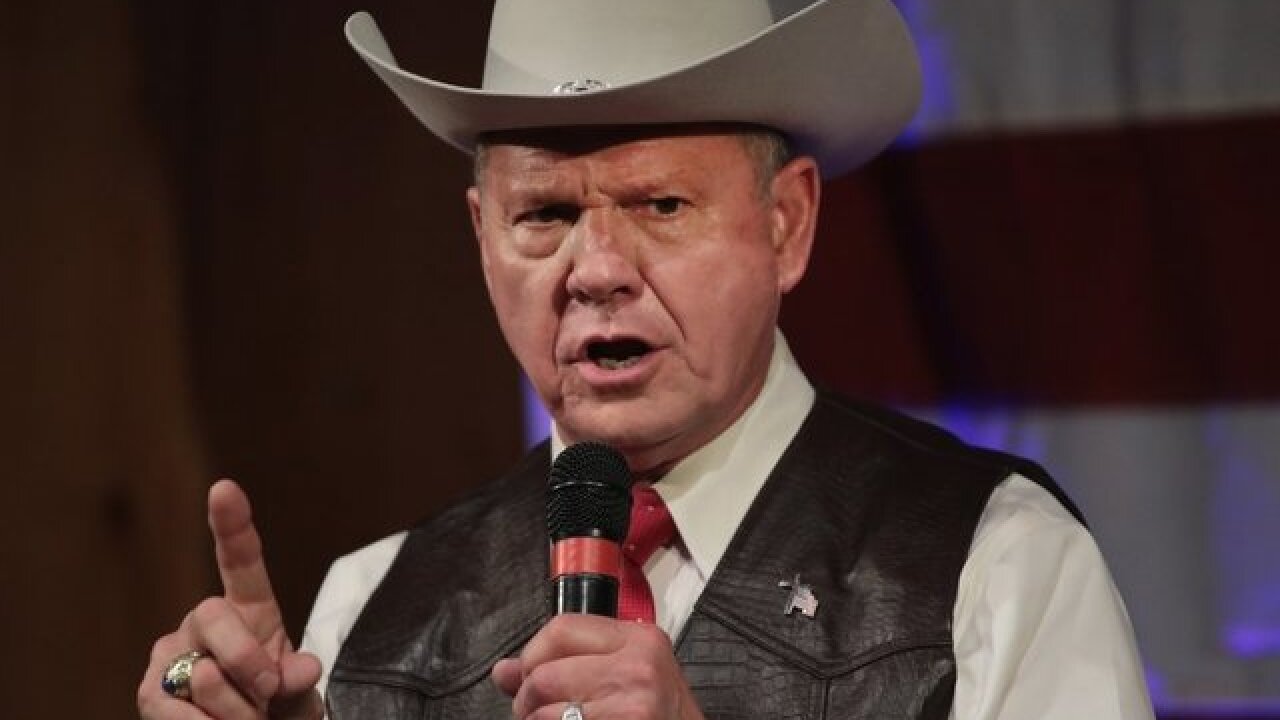 Moore, who was speaking at a Veterans Day event at the Mid-Alabama Republican Club in Birmingham, called the allegations surfaced in a Washington Post report "yet another attack on my character and reputation in a desperate attempt to stop my political campaign for the United States Senate."

"My opponent is 11 points behind ... This article is a prime example of fake news. An attempt to divert attention from the true issues that effect the country like health care, military readiness, tax reform or national debt," Moore said.

Adding: "It's not a coincidence, it's an intentional act to stop the campaign."

An explosive Washington Post report Thursday based on interviews with more than 30 people detailed allegations that Moore pursued sexual relationships with several women when they were between 14 and 18 years old and he was in his 30s, including alleged sexual contact with the 14-year-old.

None of those three women told the Post that Moore sexually harassed, or assaulted them, or forced them into a relationship. Alabama's legal age of consent is 16.