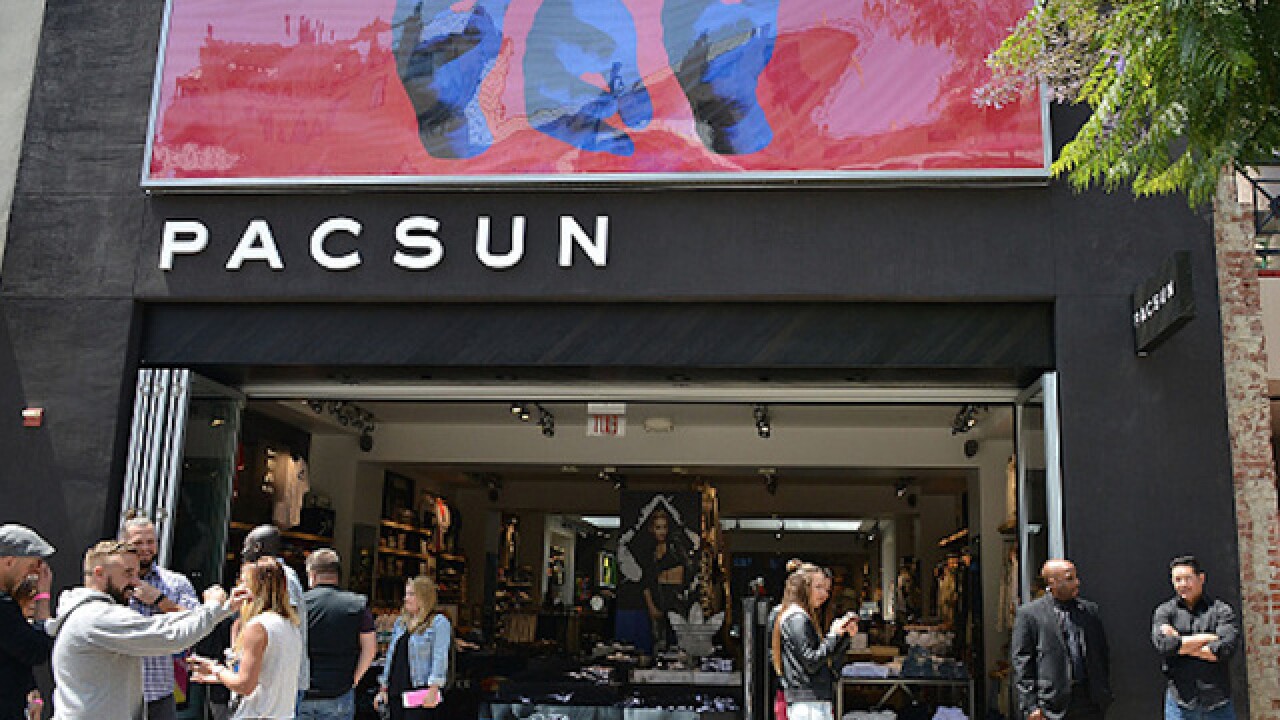 The beach-life clothing store will continue to operate under an agreement with its owner, the private equity firm Golden Gate Capital, which will take it private after it restructures.

Golden Gate will convert about two-thirds of PacSun's debt into equity in the reorganized company and provide at least $20 million in additional capital. The company also secured a five-year, $100 million line of credit from Wells Fargo.

The bankruptcy filing from Sunwear of California Inc. comes just seven months after surfwear retailer Quicksilver — another ubiquitous presence in malls during the 1990s — announced its Chapter 11 reorganization.

Shares, which once traded for around $30, fell to 5 cents Thursday.