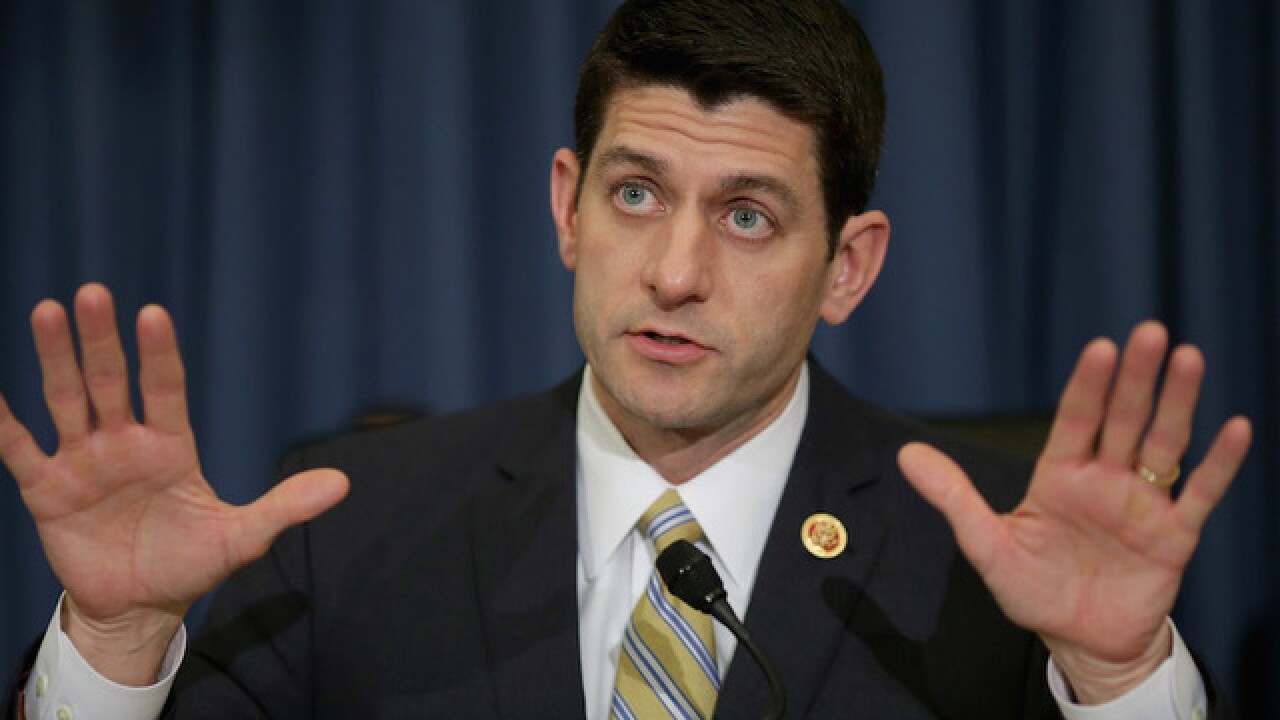 House Republicans this week will unveil their long-awaited plan to overhaul the country's tax code, a bill that the House hopes to pass out of its chamber in just a matter of weeks.

But the not-yet-released bill has already attracted ire from one powerful outside group. And House Ways and Means Chairman Kevin Brady announced Saturday he'd already made one concession to assuage concerns from northeast Republicans, a sign of the major legislative undertaking Republicans are about to embark on.

Over the weekend, Brady announced he would maintain a key element of the tax write-off that allows individuals to deduct their state and local property taxes as well as income or sales taxes from their federal returns.

Brady first announced Saturday to Bloomberg that the House's tax plan would continue to allow individuals to deduct their property taxes, although filers will not be able to deduct their state and local income or sales taxes under the GOP's plan.

"At the urging of lawmakers, we are restoring an itemized property tax deduction to help taxpayers with local tax burdens," Brady said in a released statement.

Some members had threatened to torpedo tax reform over the House leadership's original plan to completely eradicate the state and local tax (SALT) deduction, a tax break that greatly benefits individuals who live in high-tax states like New York, New Jersey or California. Fights over the SALT deduction nearly cost GOP leaders on a key procedural vote to fast-track the tax plan on Thursday.

Meanwhile, over the weekend, the tax bill encountered an early setback. The National Association of Home Builders announced it would oppose the GOP's tax bill after the group's CEO Jerry Howard said he'd received two calls from House leaders -- one from Brady and one from House Speaker Paul Ryan over the weekend -- alerting him that they would not be moving forward with a plan endorsed by the group that would have converted popular homeowner deductions into a credit.

"I'm baffled," Howard told CNN in a phone call about his group's opposition to the upcoming bill.

"Our members felt like the carpet had been pulled out from under them," he added, noting that his group had worked alongside the ways and means committee for awhile trying to come up with the plan.

In his statement, Brady seemed to keep the door slightly open to the idea, but noted that it would be up to members to decide.

"The homebuilders have been great partners in developing a new home credit that helps more Americans with both their mortgage and property taxes by expanding this tax relief to homeowners who don't itemize. I hope members of Congress will examine it closely to determine if they want it included before tax reform heads to the President's desk," Brady said in his statement.

The country's tax code hasn't had a comprehensive rewrite since the Reagan administration and for good reason. The next several weeks of the GOP's battle to pass tax reform will include plenty of opposition from outside groups hoping to preserve tax breaks that benefit their constituents. It's part of the reason the GOP has laid out a rigorous schedule with the House Republicans releasing bill text Wednesday, marking it up the following week and having it on the floor for a vote the week after that.

The current plan is to move quickly in an effort to keep special interest groups from mobilizing against the bill. Republicans want to try to lower tax rates across the board. But to do so, the party will have to eliminate or curb many breaks and loopholes in order to pay for their plan. Republicans are seeking to lower the corporate tax rate from 35% to 20%, lower the rate on pass-through business profits to 25% and provide middle class tax relief.

Republicans don't have much room to lose votes in the weeks ahead and the political pressure on the party to pass a major piece of legislation after the Senate's failure on health care is weighing on members.

"Well, I think all of us realize that if we fail on taxes, that's the end of the Republican Party's governing majority in 2018," Sen. Lindsey Graham, R-South Carolina, said on Fox News Radio's "Kilmeade and Friends" last week.

While Republican leaders have said they are open to Democratic support on their tax effort, so far Democrats have been mostly united in opposing their effort. Not a single Democrat voted to advance the GOP's budget in the House last week.

In the Senate, the margins are even thinner. Majority Leader Mitch McConnell can only lose two of his members. If he loses three, Republicans cannot pass their tax cut. Again, speed is key.

"I think this is not that far-fetched to think that we can get a bill through committee, have a mark up, have amendments down on the floor and get it done this year," said Sen. David Perdue, a Georgia Republican. "We have to get it done."

Overshadowing the GOP's plan to push ahead with tax reform, of course, is the ongoing tensions between President Donald Trump and key members of the Republican Senate.

Both Republican Sens. Bob Corker of Tennessee and Jeff Flake of Arizona sounded alarms on Trump last week. While both senators say they plan to judge the tax bill independently of their Trump feud, the senators have voiced deep concerns about the state of the country's debt and deficit and have vowed to draw a red line on any tax bill that isn't fiscally sound. After Sen. John McCain, an Arizona Republican, voted against the health care bill in July, there is some concern that there are enough emboldened Republican senators to kill Trump's tax bill if they so choose.

"I think it is significant," Flake told CNN last week. "I don't expect to be voting differently than I would before, but certainly, on this tax bill, for example, I know a lot of us are concerned about the debt and the deficit and want to make sure that this is tax reform and not just a tax cut. So, I think it's significant. I do."