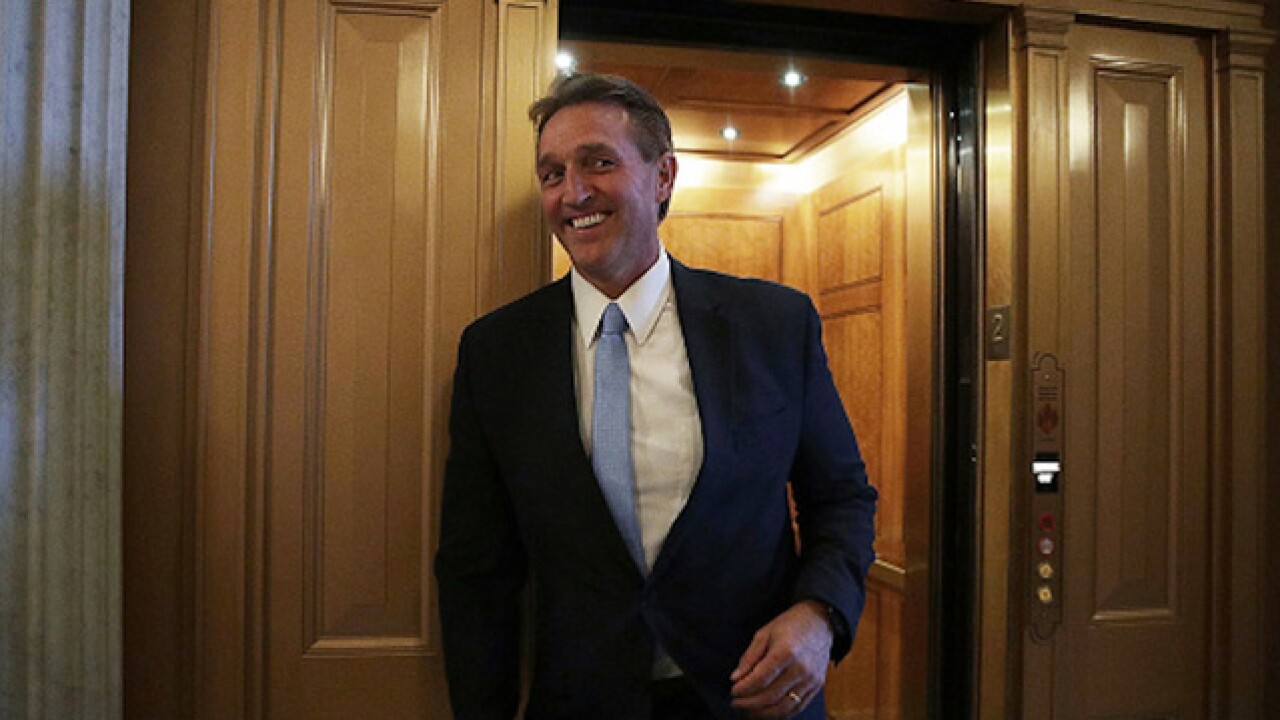 Copyright 2017 Scripps Media, Inc. All rights reserved. This material may not be published, broadcast, rewritten, or redistributed.
Alex Wong
<p>WASHINGTON, DC - SEPTEMBER 05: U.S. Sen. Jeff Flake (R-AZ) arrives for a vote at the Capitol September 5, 2017 in Washington, DC. Congress is back from summer recess with a heavy legislative agenda in front of them. (Photo by Alex Wong/Getty Images)</p>

"Here's the bottom line: The path that I would have to travel to get the Republican nomination is a path I'm not willing to take, and that I can't in good conscience take," Flake told The Arizona Republic.

He intends to detail his decision to retire on the Senate floor on Tuesday, the newspaper reported.

Will Allison, Flake's campaign spokesman, confirms to CNN that he is not running.

His decision means Flake joins retiring Tennessee Sen. Bob Corker as an outspoken critic of Trump with nothing to lose in the year before 2018's midterm elections.