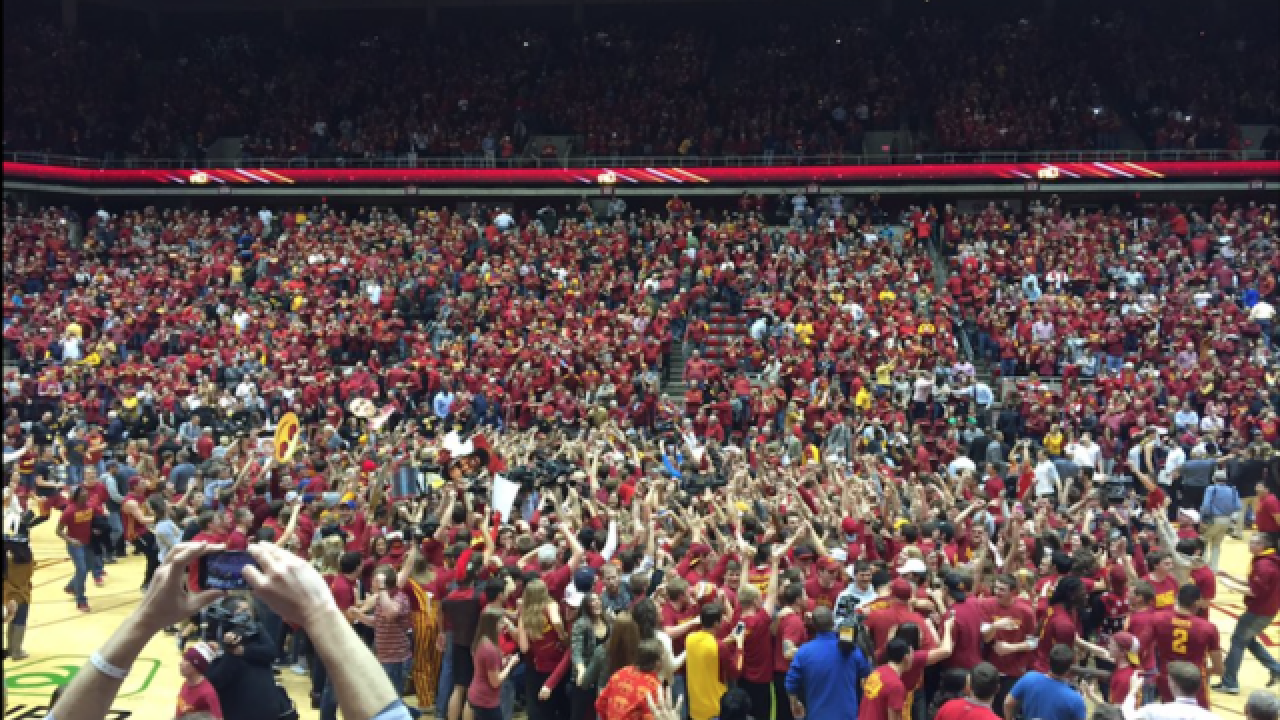 Fellow Des Moines Register reporter Chad Leistikow tweeted that Peterson had a compound fracture. Peterson was taken by ambulance to an area hospital.

The practice of college basketball fans has been a topic of controversy that was heated in February during a contest between Kansas and Kansas State. Fans of Kansas State stormed the court, causing KSU head coach Bruce Weber to help security protect members of Kansas’ basketball team.

Following the incident, Big 12 Commissioner Bob Bowlsby announced that programs will be punished for allowing its fans to storm the court. Those punishments could result in fines to the institutions and loss of future home games.

Like Kansas and Kansas State, Iowa State is a member of the Big 12.

Monte Morris hit a jumper with nine seconds left to give Iowa State an 83-82 victory.

Students are storming the court at Hilton Coliseum! https://t.co/5HuPUrpheJ

Maybe it's flu meds, maybe I'm old. I have renounced my Court Storming throne. Life's short. You're young once. Storm whenever you want

I love the ISU fan base. Love the energy after that game. The court storming was fun to see...until I heard about @RandyPete getting hurt.