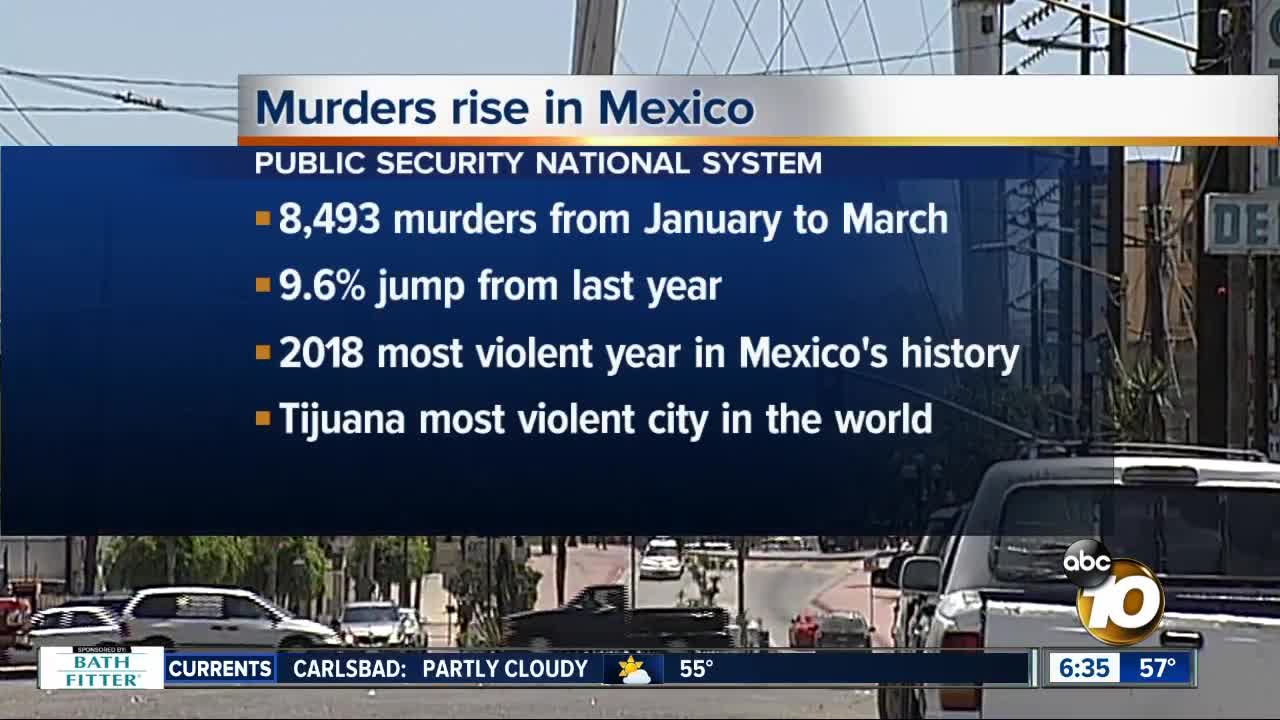 New numbers show a nearly 10 percent jump in 2019 in murders in Mexico compared to last year.

Statistics released by Mexico’s National System for Public Security show there have been close to 8,500 murders in the country from January 1 to March 31 this year.

The rise in murders is a 9.6 percent increase from the same period in 2018, according to the agency.

Last year was considered the most violent in Mexico’s history, with more than 33,500 murders.

RELATED: Report ranks Tijuana the most dangerous city in the world

According to the agency, the most murder cases so far in 2019 have occurred in the state of Guanajuato, in central Mexico.

Several Mexican cities are now considered some of the most dangerous in the world, with Tijuana being called the most violent of all.

Mexico’s president has created a national guard in an effort to address the violence.