White House says it was not involved in departure 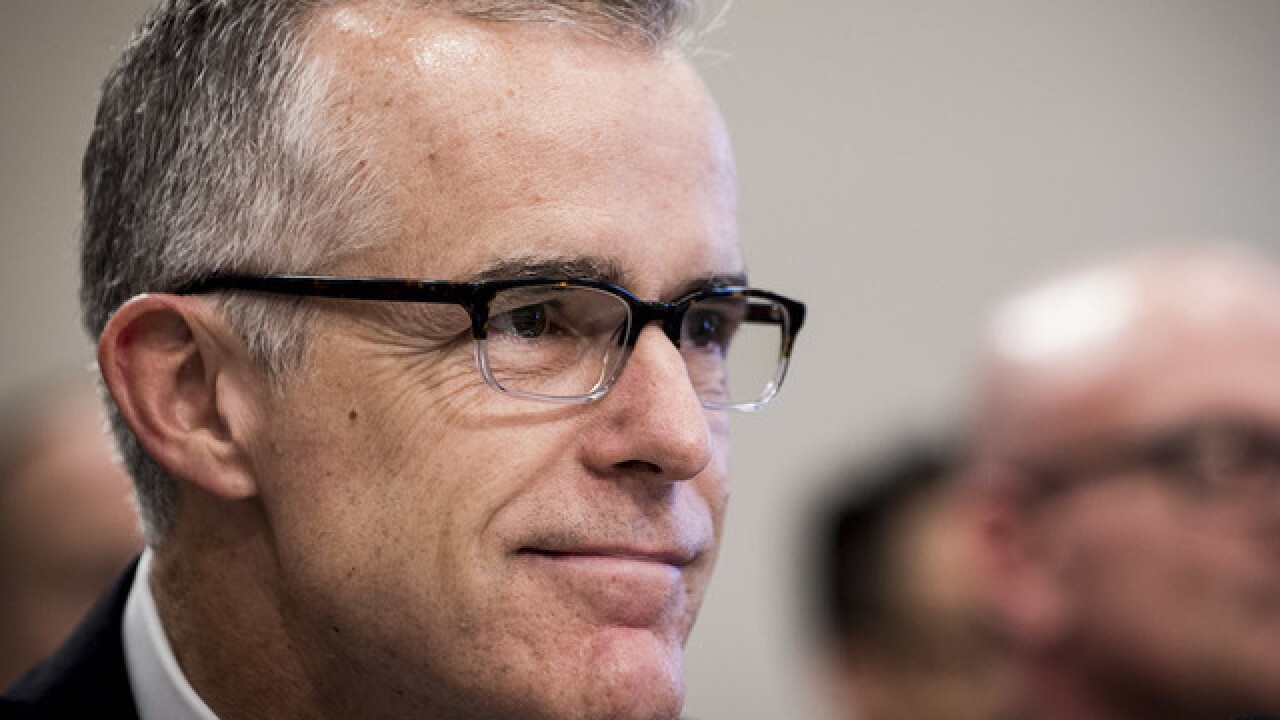 McCabe had become a central target of President Donald Trump's ire toward the FBI over its involvement in the investigation into potential collusion between his campaign and Russia during the 2016 election.

McCabe was eligible to retire in March, but with his accumulated leave, he is able to step down earlier. His departure came as a surprise even to some expecting his March retirement.

Another source familiar with the matter said it was a "mutual" decision.

"He had enough of being undermined and criticized," this source said. But Trump and the administration was "not happy" with him, the same source said.

Trump learned about the departure Monday morning, a White House official told CNN. The President did not answer a reporter's question at the White House about McCabe's departure.

Trump has kept nonstop pressure on McCabe ever since he became acting director in May, using the longtime law enforcement official as a punching bag -- both publicly and privately -- to vent his frustrations about the FBI. In December, Trump tweeted "FBI Deputy Director Andrew McCabe is racing the clock to retire with full benefits. 90 days to go?!!!"

The story, which came out during the 2016 campaign, colored Trump's view of McCabe and led him, according to The Washington Post, to ask McCabe who he voted for in the 2016 election.

Trump, during a briefing with reporters earlier this month, denied asking that question, but went on to slam McCabe, who briefly served as Trump's acting FBI director after Trump fired James Comey in May.

"He was the star of my speeches," Trump said, referring to McCabe. "I would say a man who is more or less in charge of her, the wife got $500,000 from Terry. Now Terry is Hillary."

With his departure, McCabe joins a list of other top bureau officials who have stepped down in recent days as FBI Director Christopher Wray assembles his own team. It also comes as reports surfaced that Attorney General Jeff Sessions had pressured Wray to rework his senior leadership team.

The departures of the FBI chief of staff and general counsel were also revealed this month.