Red Sox, Yankees to play each other in London 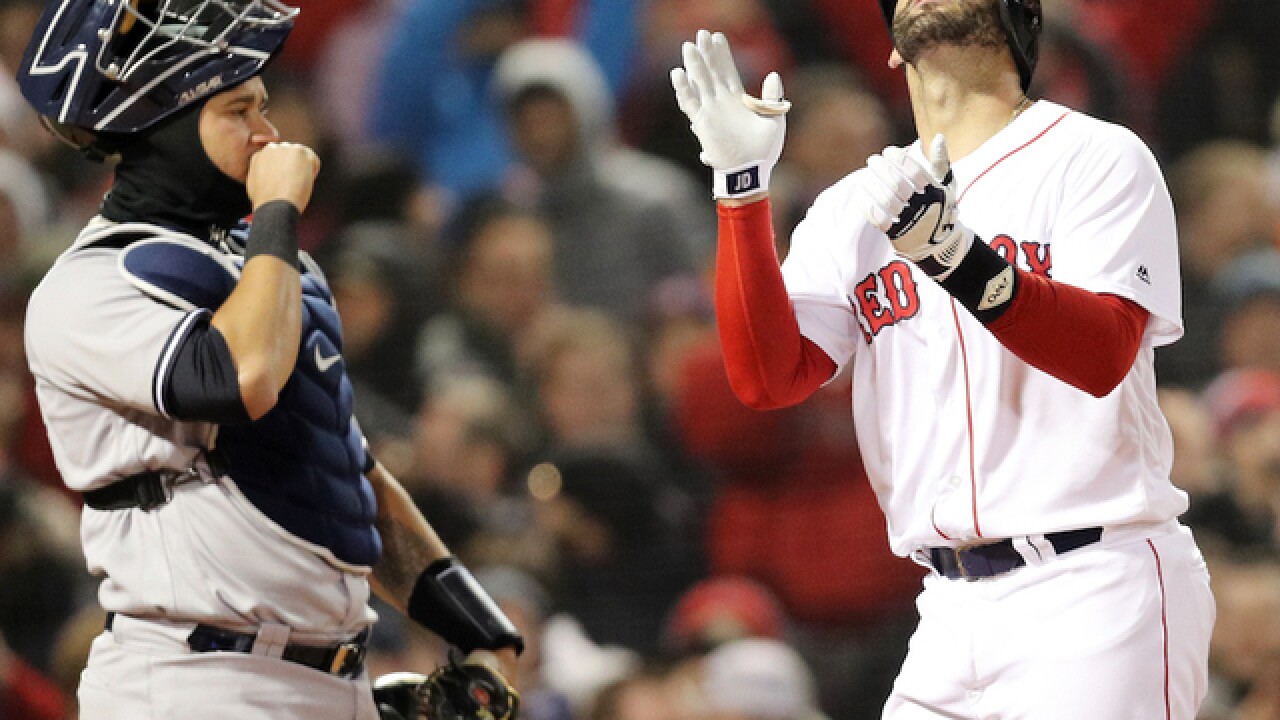 One of the fiercest rivalries in sport -- the New York Yankees versus the Boston Red Sox -- is on the move and heading to London as Major League Baseball flies across the Atlantic to broaden its global reach.

MLB announced Tuesday that the Yankees and Red Sox will play two regular-season games at the London Stadium -- which played host to the athletics and opening and closing ceremonies of the London 2012 Olympics -- on June 29 and 30, 2019.

The Red Sox will be the home team for the two-game series, the first MLB games to be played in Europe.

But it will not be the first time regular-season MLB matches will have been played outside the US, with ties already having been staged in Mexico, Japan, Puerto Rico and Australia.

It has already been announced that Oakland and Seattle will play next season's opener at the Tokyo Dome on March 20-21.

As part of the two-year deal another series will be played in London in 2020. The participating teams have yet to be announced.

Baseball commissioner Robert Manfred described the plan as "our most significant endeavor in Europe," while Tony Clark, executive director of the players' association, MLBPA, said fans should expect intense competition.

"Some of the most talented and dynamic players in the world will be playing in these games," he said at a news conference in London.

"They are excited about the chance to meet new fans, and showcase the game they love. They are aware they'll be a part of history, but they also know these games count."

Red Sox owner John W. Henry said his team and the Yankees had been discussing the possibility of playing in London for several years.

"It's also the first time the Red Sox and Yankees have played one another outside of New York or Boston," added Henry, who also co-owns English Premier League side Liverpool.

"There were significant challenges that had to be overcome. We could not be happier that Commissioner Manfred has been able to make this a reality. This series will surely be the most significant international event to date for Major League ball.

"I can't wait to hear someone shout 'play ball' at London Stadium."

Hal Steinbrenner, Yankees' managing general partner, said: "Bringing these storied teams together for British fans — who have such a profound appreciation for sports at the highest level — only adds to the unique allure of one of the world's greatest sporting rivalries.

"We expect an exciting and intense pair of games and appreciate the significance of representing our sport in such a meaningful way."

MLB said it wanted its two premier teams to showcase the sport in England's capital. London Stadium's capacity is expected to be 55,000 for the series.

Manfred said: "We had great interest among the clubs in being one of the first two teams to come to London.

"One of the important factors was that John and Hal had been talking about this possibility for a very long time. That fact, coupled with the nature of the rivalry and our desire to make the most out of the London series, made this the perfect choice for the London outing."

The rivalry between two of the sport's most successful teams stretches back more than a century and is widely regarded as the most passionate in baseball.

This season the Yankees have a better record than every other MLB teams except the Red Sox, which is 25-9 and top American League East.

The Yankees host the Red Sox this week in a three-game series.