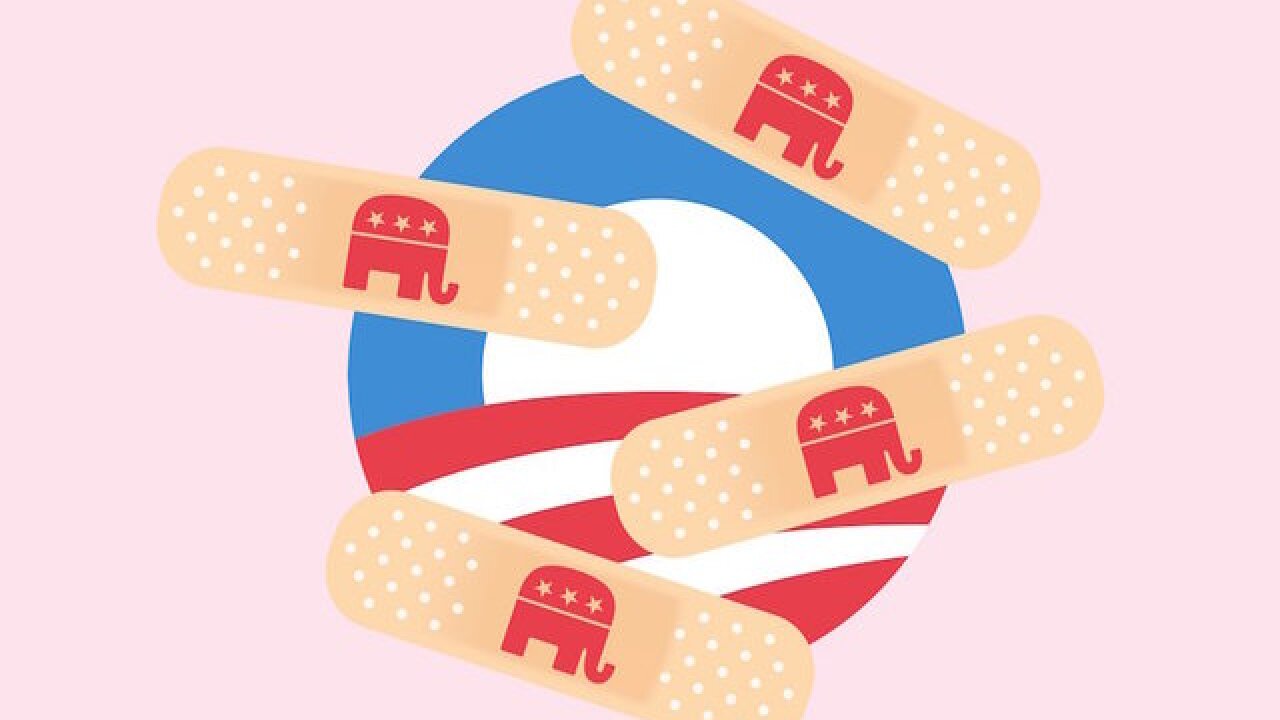 (CNN) -- A devastating analysis from the Congressional Budget Office on the House GOP bill to repeal Obamacare has rattled moderate Republicans in the House, who are uneasy about the prospects of voting for a proposal that increasingly appears dead on arrival in the Senate.

Florida Republican Rep. Ileana Ros-Lehtinen said publicly Tuesday that she wouldn't be able to support the GOP health care legislation after the CBO score revealed the high number of people who would lose insurance.

"I plan to vote NO on the current #AHCA bill. As written the plan leaves too many from my #SoFla district uninsured," the Florida congresswoman wrote in two consecutive tweets. "As #AHCA stands, it will cut much needed help for #SoFla's poor + elderly populations. Need a plan that will do more to protect them."

Republican Rep. Leonard Lance, a moderate from New Jersey who Democrats believe will be vulnerable in 2018, told CNN that he believes the House bill will fail in the Senate. As he eyes his own reelection campaign next year, Lance said he doesn't want to support a legislation that would be rejected by his Republican colleagues across the Capitol.

"I do not want to vote on a bill that has no chance of passing over in the Senate," Lance said. "The CBO score has modified the dynamics."

At a meeting with senators and the White House Tuesday, administration officials acknowledged the House bill, in its current form, can't make it through the Senate, an adviser to one of the senators present said.

After the White House meeting, the senators now "fully expect" some changes to the House bill once -- or if -- it arrives in the Senate, the adviser said, declining to go into detail of what changes the White House may have explicitly indicated support for, because "negotiations will continue."

In light of the new CBO report, Lance said House leaders must make changes to their existing bill and only bring to the floor a version that can survive in the Senate.

Rep. Charlie Dent, a Pennsylvania Republican and member of the House's moderate Tuesday Group, signaled another concern among moderates: that conservatives in the GOP conference are exerting immense influence over President Donald Trump and potentially imperiling efforts to reform healthcare at all.

Dent told CNN that rolling back the Medicaid expansion before 2020 -- which conservatives have been asking the White House to do -- would be a "non-starter" and could potentially endanger the legislation on the House floor and in the Senate, where nearly 20 members hail from Medicaid expansion states.

"Taking that date back from 2020 is a huge problem. It is a non-starter for many," Dent said, adding that he spoke not only for himself but other members of the Tuesday Group.

Dent, who comes from a state that expanded Medicaid under Obamacare, said the House bill as written already had some center-right Republicans with deep concerns, but the message coming from leadership had been the bill isn't open to significant changes.

If the White House is willing to make a side deal with conservatives, however, Dent says that changes the political dynamics.

"This bill is either negotiable or it's not," Dent told CNN. "It can't be both."

An emerging concern from House moderates is they could be asked to walk the plank on a health care bill that doesn't have a chance of passing the Senate in the first place. Dent compared it to the 1993 fight over the so-called BTU energy tax under President Bill Clinton where House Democrats supported the controversial tax only for it to die in the Senate. The vote hurt Democrats who lost control of Congress the following year.

The concerns are mounting following the CBO analysis that showed some 24 million fewer would be insured by 2026 under the GOP bill compared to under Obamacare, and that premiums would skyrocket for some of the country's most vulnerable patients, including low-income Americans and the elderly.

Already, a handful of Senate Republicans from Arkansas' Tom Cotton to Kentucky's Rand Paul have warned that satisfying Senate Republicans and Senate moderates is an almost impossible proposition. Majority Leader Mitch McConnell can only afford to lose two GOP senators and still pass the bill. Far more than that have spoken out arguing the legislation needs substantial changes.

"There is not a lot of margin for error in this bill," Dent warned.

Meanwhile, pressure is mounting for members to get in line.

Republican Rep. Tom Cole, an establishment conservative from Oklahoma who supports the House GOP bill, is cautioning colleagues who may be thinking about pulling their support for the legislation in light of Monday's CBO report.

"I would not want to be the Republican that derails the train," Cole told CNN. "You start killing this product, it seems to me it's very unlikely you get another one any time soon."

Cole insisted that the bill is not in its final form and is expected to get a significant facelift in the Senate. To oppose the GOP leadership-backed proposal now, Cole said, would be a mistake: "If you think it make things worse, by all means go against it. But don't go against it because it's not better enough."

"There is quite a bit of angst at the number of people that CBO projects would lose coverage," Cole acknowledged. "Health care is politically hazardous to anybody's political health no matter which side of the aisle they're on. It's an easy issue to demagogue."