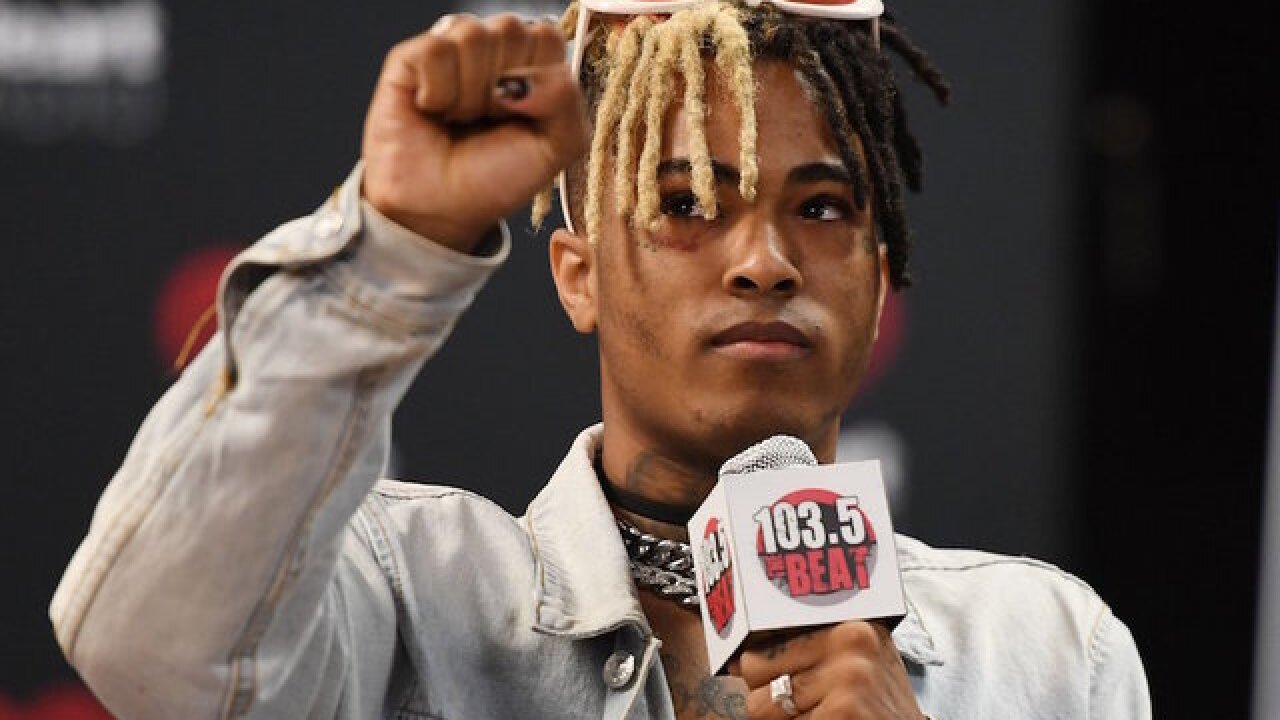 The 20-year-old rapper, whose real name was Jahseh Onfroy, was leaving a motorsports store shortly before 4 p.m. when two men in a dark colored SUV shot and killed him in an apparent robbery, said Keyla Concepción, Broward County sheriff department public information officer.

Broward County deputies are actively looking for the two men and asking anyone who witnessed the shooting to come forward, Concepción said.

XXXTentacion, a Plantation, Florida, native, rocketed to fame after his song "Look at Me" went viral on social media and audio distribution platform SoundCloud in 2016 according to CNN affiliate WSVN-TV.

He went on to be featured in XXL magazine's 2017 Freshman Class alongside other up-and-coming artists.

At the time of his death, he was awaiting trial for a domestic violence incident involving his pregnant girlfriend, according to court documents. And he had been under house arrest for a time while he awaited trial on battery and harassment charges. The house arrest was lifted in March, according to Miami-Dade court documents. He had plead not guilty to multiple felony counts, including witness tampering.

XXXTentacion also stirred controversy. His September 2017 music video for the viral hit "Look at Me" sparked backlash for staging a scene depicting XXXTentacion lynching a young white boy. The video also referenced flashpoints in the national debate on race such as the 1991 Rodney King beating, the lynching in Mississippi of 14-year-old Emmett Till in 1955, the 2014 Ferguson, Missouri riots, the police shooting of Philando Castile in Minnesota in 2016 and the 2017 Charlottesville, Virginia, violence.

At the end of the video, XXXTentacion spoke about violence and American youth.

"Are you willing to risk your child's future due to your own bigotry? The choice is yours, but your child will not stand for the hate. This generation will be loved, nurtured, heard and understood."

When the news of XXXTentacion's death hit, rappers took to social media.

Kanye West shared his condolences, saying "Rest in peace I never told you how much you inspired me when you were here thank you for existing."

Big Sean said on Twitter that his heart dropped when he heard about his fellow rapper's death.

"I feel like we only got to see a glimpse of his artistry," Big Sean said. "I didn't know him personally but I respect how passionate he was about his music and message. Nobody deserves this kind of ending. gone too soon, damn! RIP."

"Tomorrow's not promised ... you could be here today and be gone tomorrow," he said. "X spread nothing but positivity."