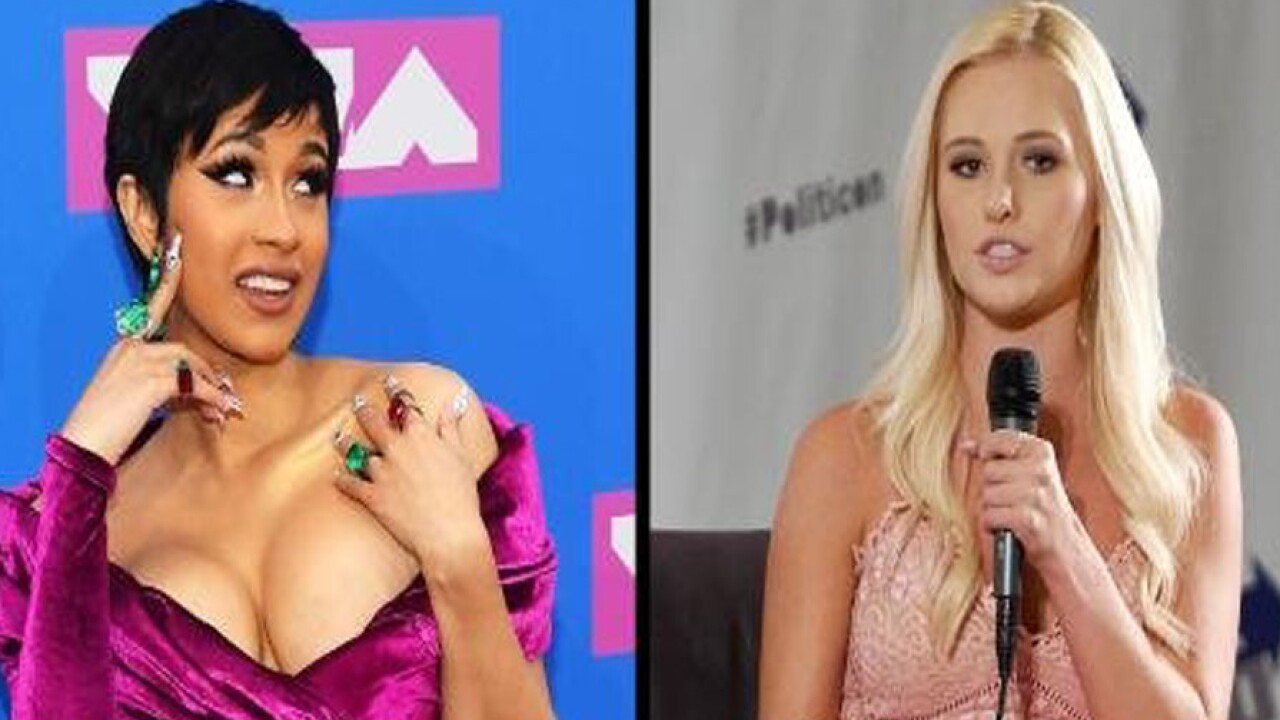 Cardi B and conservative commentator Tomi Lahren are taking shots at each other on Twitter over the government shutdown and the border wall.

It started when the Bronx rapper posted an expletive-laden video on Instagram dragging President Donald Trump over his administration's decision to order furloughed employees back to work without pay.

She also bemoaned the fact that the government had been shut down for so long and that it was over funding for a border wall.

Like pretty much everything Cardi does, the video went viral.

Then Lahren weighed in.

"Looks like @iamcardib is the latest genius political mind to endorse the Democrats. HA! Keep it up, guys! #MAGA2020," Lahren tweeted.

Cardi, of course, hit back.

"Leave me alone I will dog walk you," the rapper responded.

"I'm sure you would. Still doesn't make your political rambling any less moronic. #BuildthatWall," Lahren wrote back.

"You're so blinded with racism that you don't even realize the decisions the president you root for is destroying the country you claim to love so much .You are a perfect example on no matter how educated or smart you think you are you still a SHEEP!" Cardi tweeted.

Then it turned into an ideological debate of sorts over US tax policy. Cardi replied to someone on Twitter asking if the rapper was paying for their insurance, clearly not on board with the notion of her tax dollars going toward a border wall.

"Im paying about 4 million in taxes this year so most likely I am Paying for your insurance ....That's if your favorite president don't take my tax money for his wall Mr white bread ."

"You do realize these high taxes you complain about are the bedrock of the Democratic Party, right? If you want lower taxes and more economic freedom, beware of the party you are rooting for."

Cardi's latest foray into political debate is on brand for her. She said in an interview with GQ magazine last year that she loves political science and is "obsessed" with how the system works.