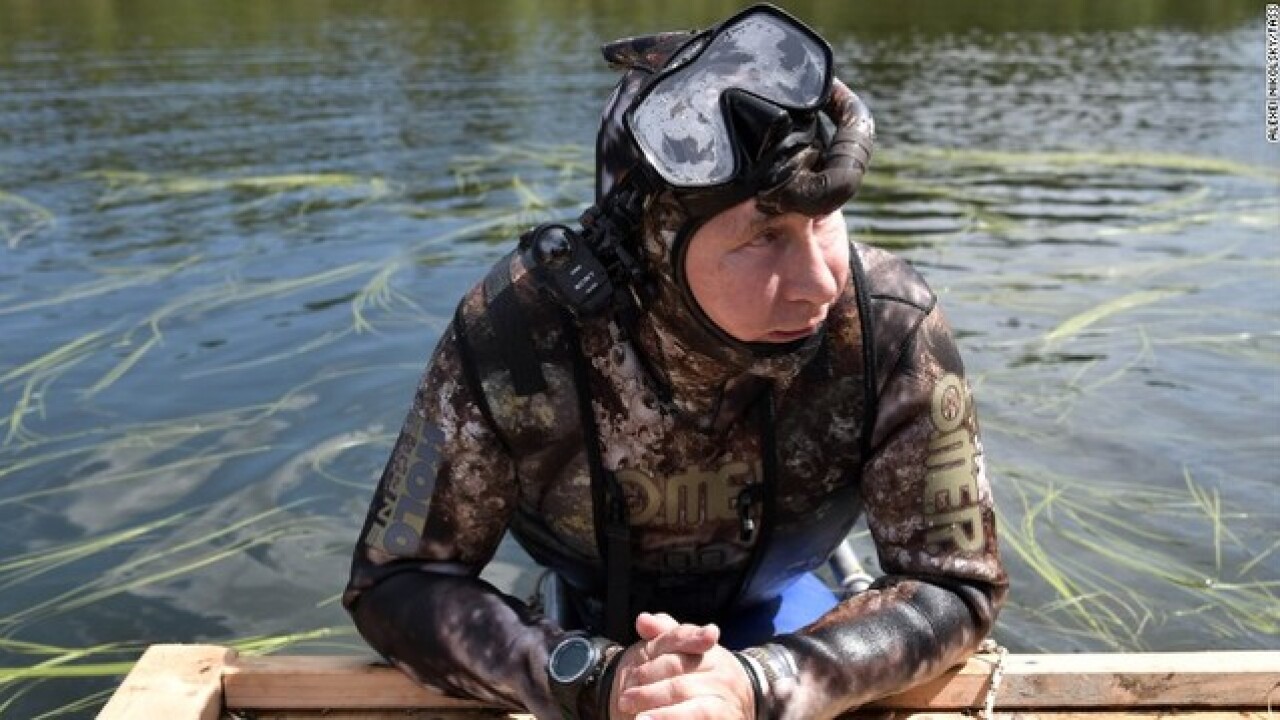 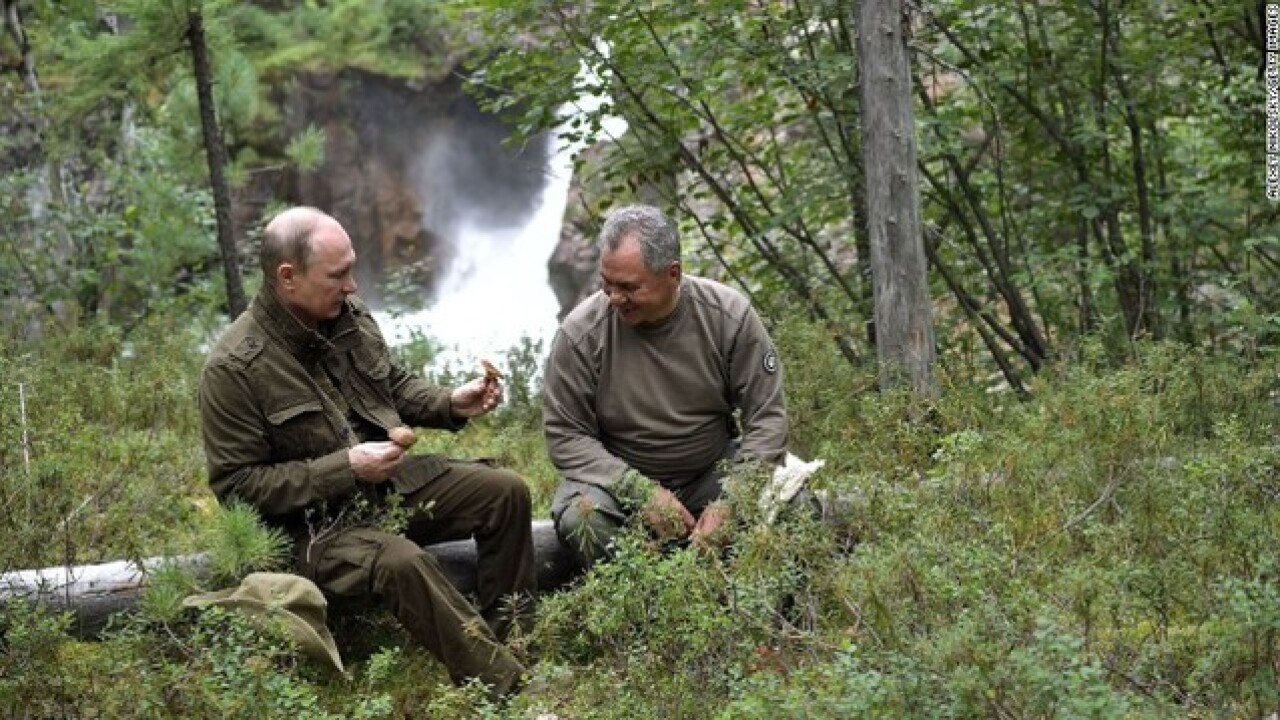 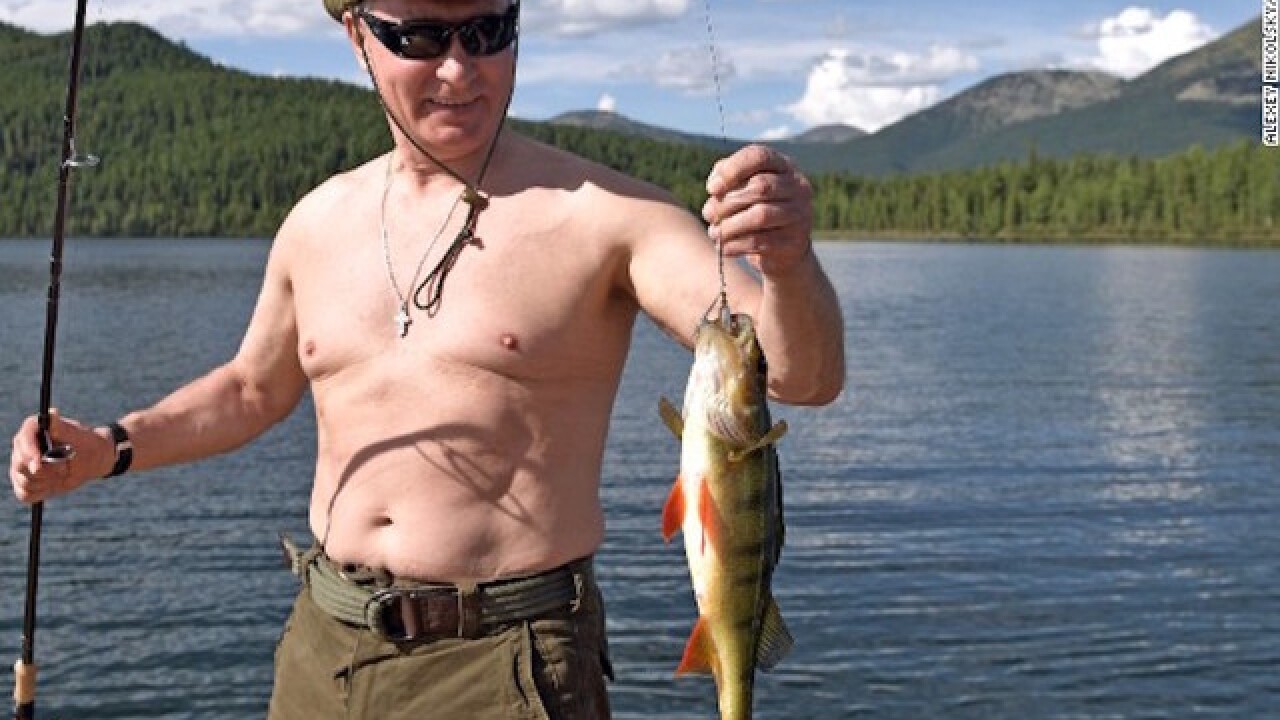 After a week dominated by talk of sanctions , the American and Russian Presidents are now off vacationing on opposite sides of the globe.

One is at a golf club in New Jersey. The other is fishing bare-chested in Siberia.

President Donald Trump arrived Friday for a 17-day working vacation at Trump National Bedminster. While he's gone, the White House is getting some "much-needed" renovations .

Not to be outdone, his Russian counterpart, Vladimir Putin, spent the week fishing, hiking and kayaking while decked out in army gear, photos released by the Kremlin show. In one shot, Putin takes a dip in the water while wearing a camouflage dive suit.

The latest images come just days after Congress approved -- and Trump grudgingly signed -- a new set of sanctions against Russia because of Moscow's interference in the 2016 US election .

See some of the entries from Putin's vacation scrapbook in the photo viewer at the top of the page.

This is not the first time the Kremlin has released photos of Putin away from the office. There's even a calendar filled with pictures of the ex-KGB officer holding kittens , dressed in a wetsuit, riding a horse and relaxing in a tree after a five-mile hike.