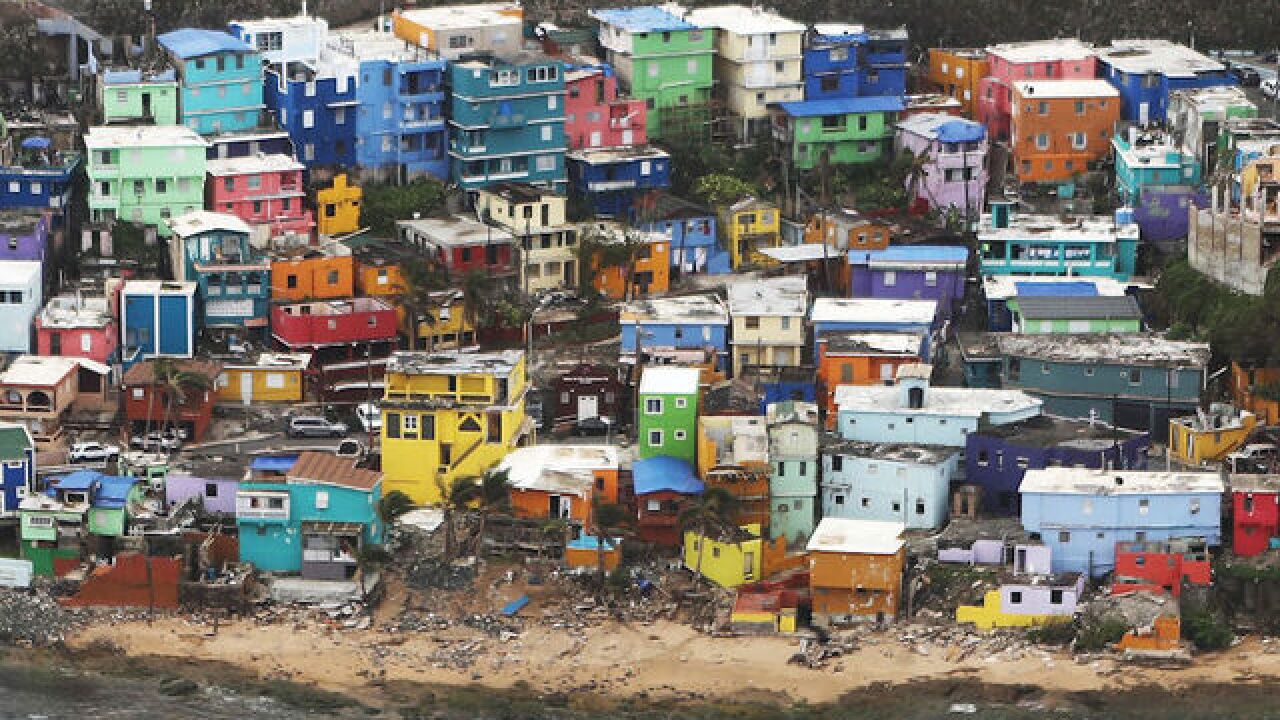 The government of Puerto Rico has quietly admitted that the death toll from Hurricane Maria -- a subject of great controversy -- may be far higher than its official estimate of 64.

In a report to Congress dated Wednesday, the US commonwealth's government says documents show that 1,427 more deaths occurred in the four months after the storm than "normal," compared with deaths that occurred the previous four years.

The 1,427 figure also appeared in a draft of the report -- "Transformation and Innovation in the Wake of Devastation" -- which was published and opened for public comment July 9. The figure was first "revealed" by the Puerto Rico government, according to the final report, on June 13, one day after officials were forced by a judge to release death records that CNN and the Centro de Periodismo Investigativo in Puerto Rico had sued to make public.

Officials stopped short of updating the official death toll for the September 20 storm.

"The official number is being reviewed as part of a study under way by George Washington University," the report says. Officials hired that university to review the toll after news reports, including those from CNN, called it into question.

The George Washington University study "will have certainty" about the number of people the government believes died in Hurricane Maria and its aftermath, Pedro Cerame, a spokesman for the Puerto Rican government in Washington, told CNN. Officials initially said that report would be released in May. Now they expect it to publish this month.

"We understand that the number is higher," Carlos Mercader, executive director of the Puerto Rico Federal Affairs Administration, told CNN in an interview. "We didn't commission the study to prove there were 64 (deaths). We wanted a scientific and epidemiological study that would give us light, not only on the number -- we know the number is higher -- but the reasons why this happened."

The 1,427 figure is "an estimate," Cerame said, and it may include deaths that weren't related to the storm.

It's an estimate that follows many others like it.

In November, CNN surveyed 112 funeral homes -- about half the total -- across the island, finding that funeral home directors and staff had identified at least 499 deaths they believed to be related to Hurricane Maria and its chaotic aftermath, which included months without power for many of the island's 3.3 million residents. In December, the New York Times estimated the "excess death" toll from the storm to be 1,052, based on comparisons with previous years.

In May, a team that included researchers from Harvard University published a study in the New England Journal of Medicine estimating that 793 to 8,498 people died in Maria's wake, a range that some academics have criticized as overly broad. The study's midpoint estimate -- 4,645 deaths -- became a rallying cry for activists upset by what they see as a lack of accountability for the scale of the catastrophe by officials in Puerto Rico and the United States.

The Harvard estimate was based on surveys of 3,299 households in Puerto Rico, in which residents were asked about deaths in their homes after Hurricane Maria.

Mercader, the Puerto Rico official, criticized that study in an interview with CNN on Thursday. "We all know that's impossible, that that couldn't happen," he said of the estimate that 4,645 people may have died after Maria. "We have the data. You all know that is an exaggeration."

Then last week, a research letter published in the medical journal JAMA estimated that between 1,006 and 1,272 people died in relation to the storm -- with a midpoint estimate of 1,139.

An accurate death toll is important, according to officials and academics, because it can help Puerto Rico and other governments better prepare for future storms, which are expected to become worse in the era of climate change. The official count also matters a great deal to the families of the deceased. Not only are they eligible for certain federal aid if the deaths are officially counted, but some relatives of the dead simply want their loved ones to be remembered.

"They were not numbers; they were people," Lisa De Jesús, whose friend Reinaldo Ruiz Cintron died while working in hurricane cleanup, told CNN in June. "And the government thinks that just putting a Band-Aid on things, it's all OK. But, no. What about our feelings? What about those people who died trying to put Puerto Rico back (together) again? People needed (electricity) because they had oxygen (machines). They were ill; they had cancer. They had other issues, health-wise. They needed the government, and the government failed them."

She shared Ruiz's story, she said, so "at least someone will know he existed."