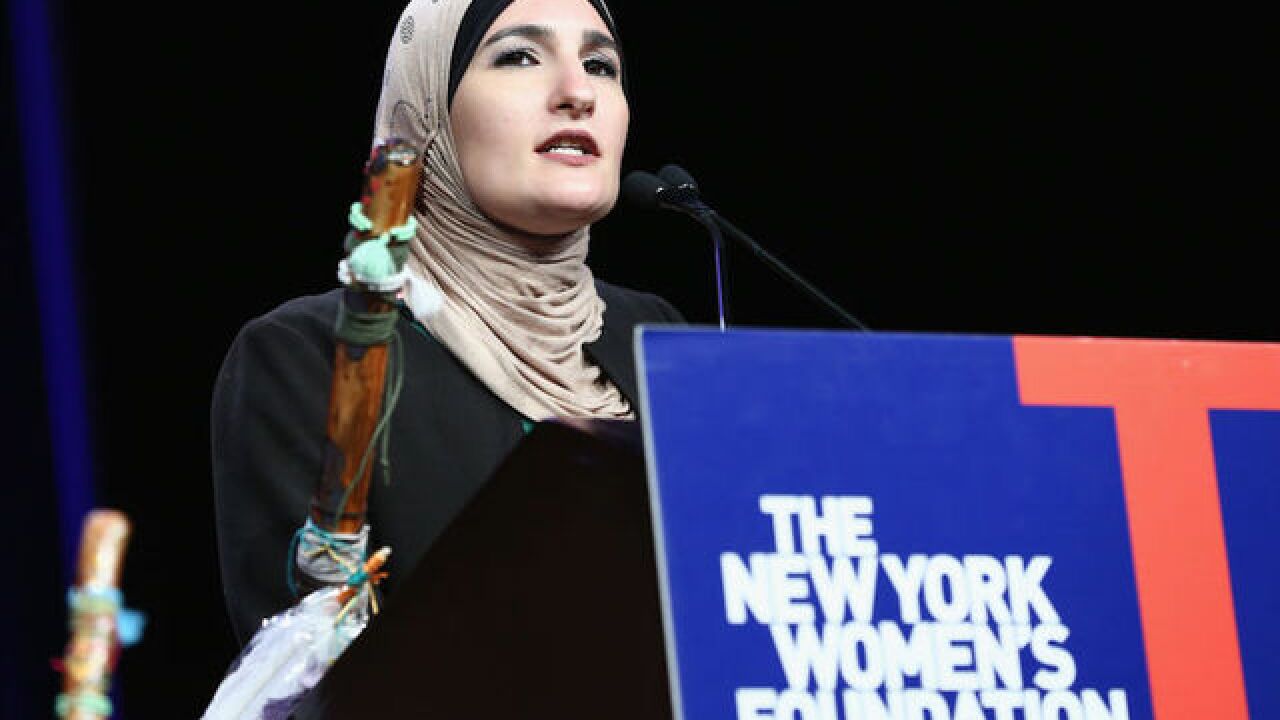 Some protesters claimed she is anti-Judaism.

Sarsour mentioned Sharia in an interview with Rachel Maddow on MSNBC in February.

"Twenty-two states with anti-Sharia bills trying to ban us from practicing our faith, Mosque oppositions. We`re fighting zoning boards across the country," Sarsour said. "Our kids are hearing this rhetoric. We have people mosques being vandalized, kids being executed, Islamophobia. Leaders on national television saying that, you know, holy wars and these people want to take over America. I mean, it`s just – it doesn`t for me reflect what we do stand for as a country."

Sarsour has been a backer of progressive movements, such as the Day Without a Woman protest and the 2017 Women's March. Sarsour also was involved in an effort to restore a Jewish cemetery in St. Louis after it had been vandalized.

According to the Daily News, the protests turned violent when some of the demonstrators allegedly "roughed up" a 19-year-old counter protester. The paper reported that no arrests were made, however.

“They tried hitting me with their fists, their sticks, whatever they found,” said Heather Morris, who was protesting on Sarsour's behalf.

According to Reuters , some protesters were against Sarsour's opposition to Israel's occupation of the West Bank and Gaza Strip.

“Some, who object to Ms. Sarsour's positions, have called on CUNY to rescind the invitation,” a CUNY rep told the Daily News. “To take such actions at a public university would violate the First Amendment as well as the principles of academic freedom.”