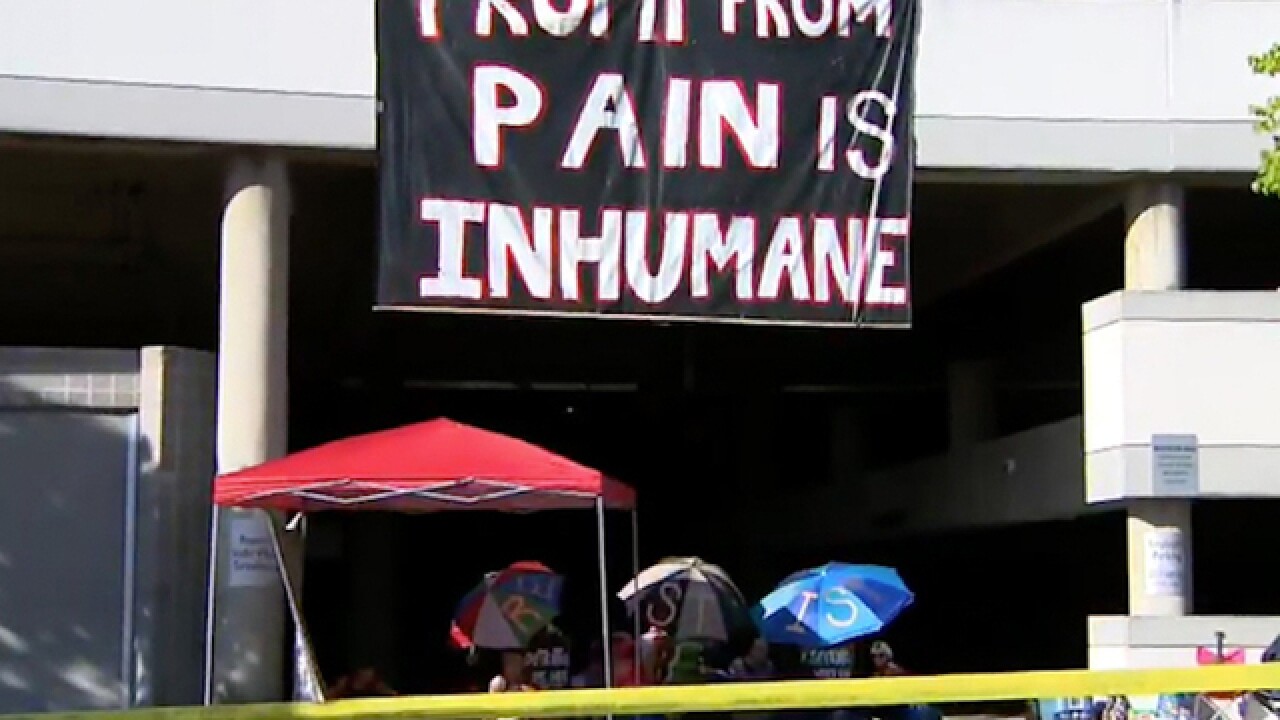 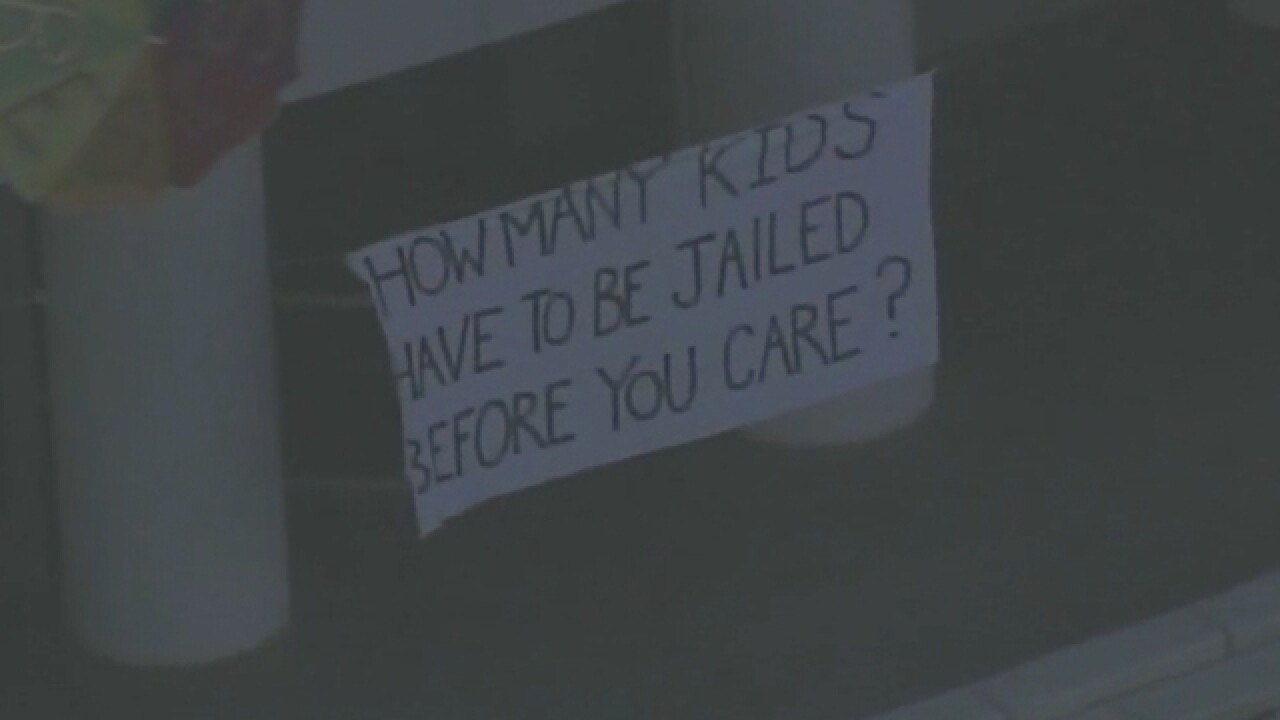 Demonstrators have staged themselves at the entrance of CoreCivic’s headquarters in Nashville to “defend families and demand an end to private prisons.”

Helicopter footage showed several tents set up around the building, including some banners that read “how many kids have to be jailed before you care?”

Demonstrators also replaced the Tennessee flag with the words "No Borders."

“CoreCivic is a human rights disaster in our own backyard,” Jeannie Alexander, of No Exceptions Prison Collective, said in a statement.

CoreCivic released a statement, saying the facility doesn't "provide housing for any children who aren’t under the supervision of a parent. We also don’t operate shelters for unaccompanied minors, nor do we operate border patrol facilities."

"CoreCivic plays a valued but limited role in America’s immigration system, which we have done for every administration – Democrat and Republican – for more than 30 years. While we know this is a highly charged, emotional issue for many people, much of the information about our company being shared by special interest groups is wrong and politically motivated, resulting in some people reaching misguided conclusions about what we do. The fact is our sole job is to help the government solve problems in ways it could not do alone – to help manage unprecedented humanitarian crises, dramatically improve the standard of care for vulnerable people, and meet other critical needs efficiently and innovatively."