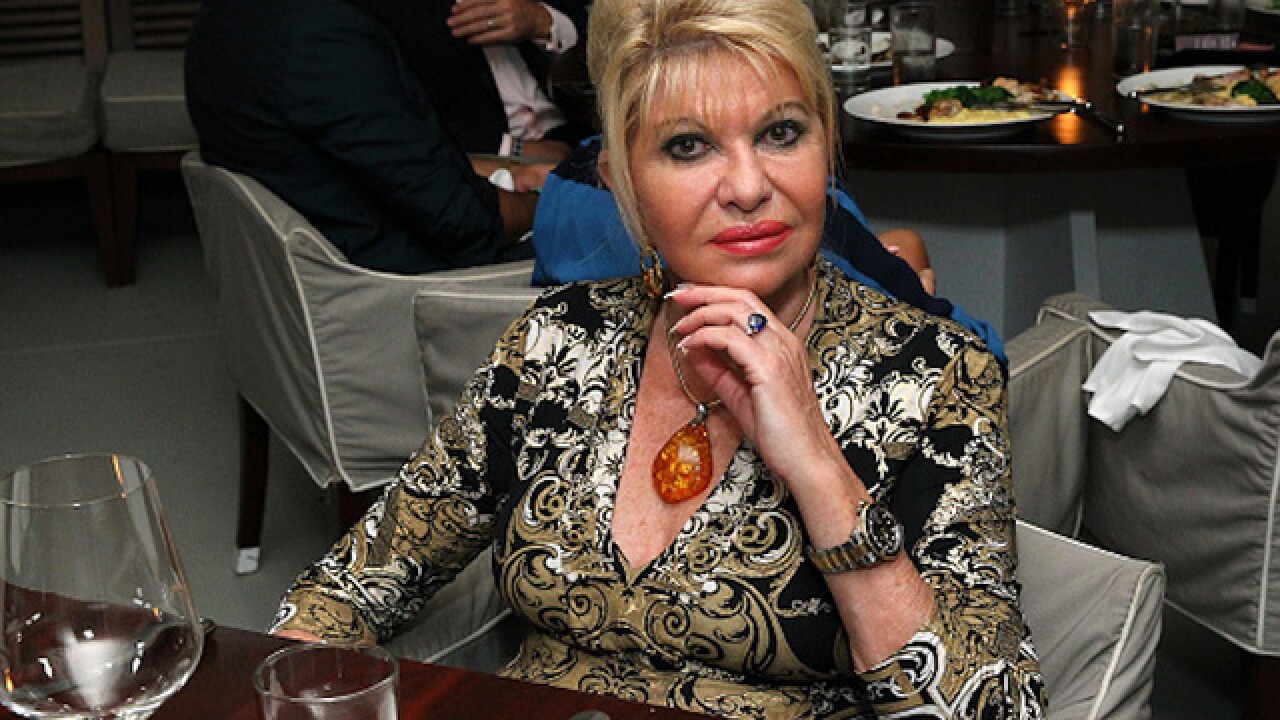 President Donald Trump's first wife, Ivana Trump, called herself "first lady" in an interview Monday ahead of the release of her memoir, "Raising Trump." Now his current wife, first lady Melania Trump, is firing back, slamming her comments as "attention-seeking and self-serving noise."

Ivana Trump boasted of having the "direct number" to her ex-husband at the White House, telling ABC News she talks to the President about once every 14 days.

The current and only first lady fired back via a sharply-worded statement to CNN from her communications director, Stephanie Grisham.

"Mrs. Trump has made the White House a home for Barron and the President. She loves living in Washington, DC, and is honored by her role as first lady of the United States. She plans to use her title and role to help children, not sell books," Grisham said, adding, "There is clearly no substance to this statement from an ex, this is unfortunately only attention-seeking and self-serving noise."

Ivana and Donald couple divorced in 1992 following his tabloid affair with Marla Maples.

Ivana Trump, who is the mother of the President's three eldest children, Donald Jr., Ivanka, and Eric, does not refer to the President's second wife, Marla Maples, by name in the new book, which comes out Tuesday, only calling her "showgirl."

"Donald during the divorce was brutal. He took the divorce as a business deal and he cannot lose, he has to win," Trump said, adding that they are now "friends."

Trump also weighed in on a number of hot-button issues during the interview.

She said she had "zero concerns" about Justice Department special counsel Robert Mueller's investigation into Russian interference in the 2016 election, including as it pertains to her eldest son, Don Jr., who has been called to testify.

"I know that he was not involved at all in any wrongdoing," she said.

She declined to talk about the 2005 "Access Hollywood" tape, saying, "I don't want to go into it." Asked whether she ever talked to the President about it, she said, "Not really, no."

Trump, who was raised in Czechoslovakia, also discussed immigration.

"I'm (an) immigrant myself and Donald is building the wall. I don't mind immigrants and the wall because you have to protect your borders," she said.

Pressed on whether she agreed with the President's policy on ending the Deferred Action for Childhood Arrivals program, she said, "I really don't know, I would not send (away) probably thousands and thousands of kids which were born here. But it's very political and very confusing. So I really don't have an answer on that."

Trump, who claims "full credit" for raising her three children with the then-businessman in her book, also said her ex-husband was a "loving father" but was not involved in their day-to-day upbringing.

"Donald was on the telephone making the deals," she said. "He was loving father, don't get me wrong. And he was a good provider. But he was not a father which would take a stroll and go to Central Park or go play baseball with them. It was only until they were about 18 years old he could communicate with them, because he could talk business with them."