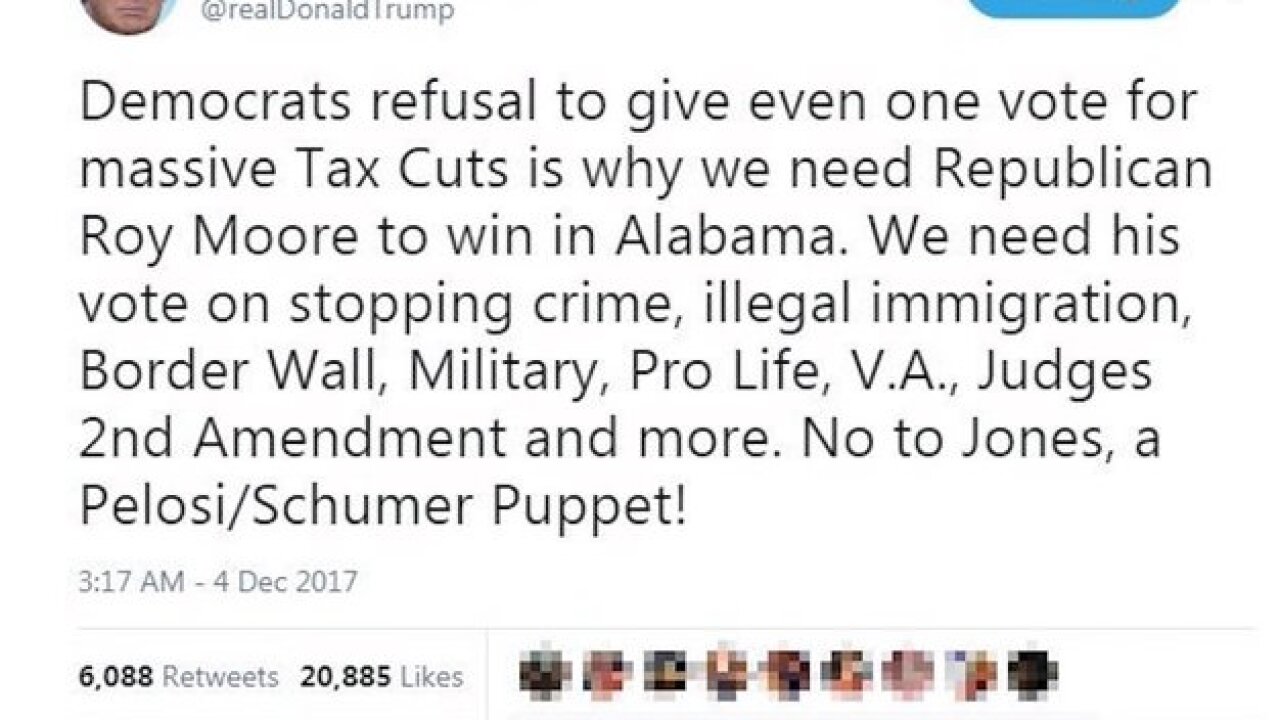 Trump had hesitated to throw his full support behind the embattled Republican candidate in the wake of explosive accusations against him. His tweet Monday comes as recent polls show a close race.

"Democrats refusal to give even one vote for massive Tax Cuts is why we need Republican Roy Moore to win in Alabama," Trump tweeted. "We need his vote on stopping crime, illegal immigration, Border Wall, Military, Pro Life, V.A., Judges 2nd Amendment and more. No to Jones, a Pelosi/Schumer Puppet!"

Last month, The Washington Post published a bombshell report on allegations based on interviews with more than 30 people. One woman alleged she was 14 years old when Moore initiated sexual contact with her. The legal age of consent in Alabama is 16. After the report, another woman came forward to accuse Moore of sexually assaulting her when she was 16. Moore vehemently denies the allegations.

Trump all but endorsed Moore last month, when he defended the candidate following his denials.

"He denies it. Look, he denies it," Trump said of Moore. "If you look at all the things that have happened over the last 48 hours. He totally denies it. He says it didn't happen. And look, you have to look at him also."