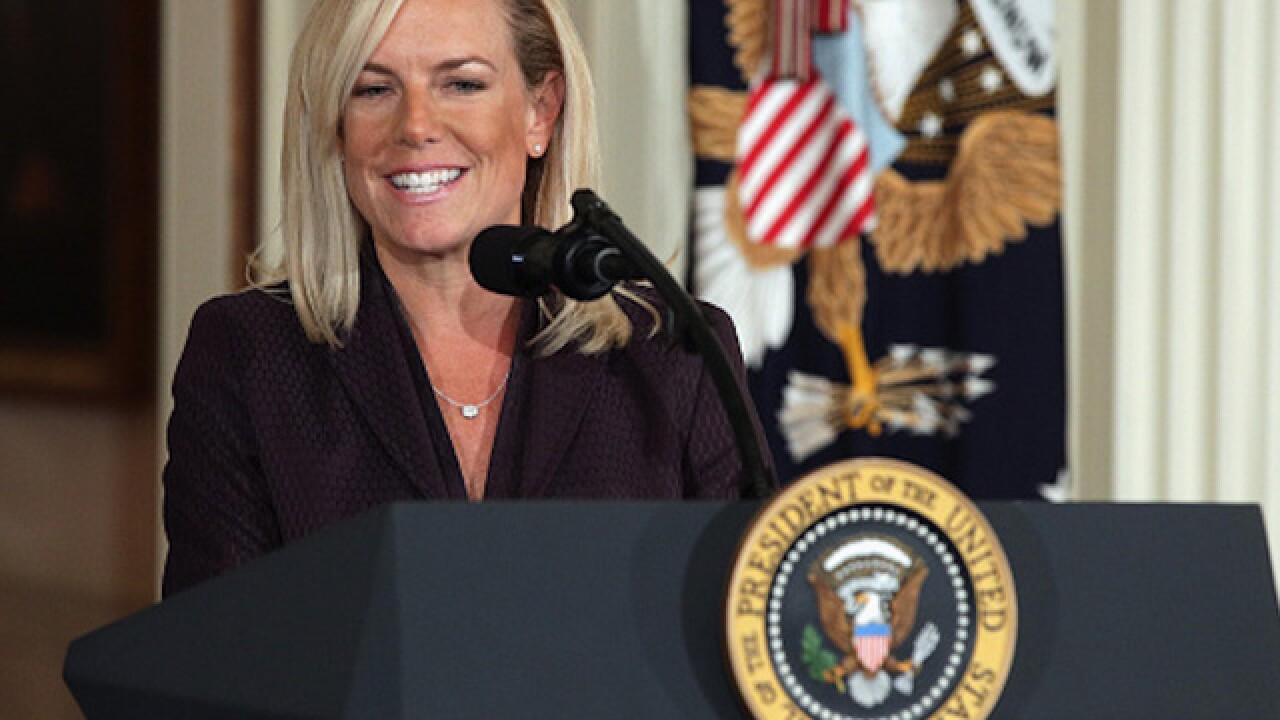 Copyright 2017 Scripps Media, Inc. All rights reserved. This material may not be published, broadcast, rewritten, or redistributed.
Alex Wong
<p>WASHINGTON, DC - OCTOBER 12: White House Deputy Chief of Staff Kirstjen Nielsen speaks during a nomination announcement at the East Room of the White House October 12, 2017 in Washington, DC. President Trump has nominated Nielsen to be the next homeland security secretary, the position that has left vacant by Chief of Staff John Kelly. (Photo by Alex Wong/Getty Images)</p>

President Donald Trump officially announced Thursday the nomination of Kirstjen Nielsen, John Kelly's former principal deputy chief of staff, to be the new nominee for secretary of the Department of Homeland Security.

At a formal White House event to announce the nomination, Trump spoke highly of Nielsen and her "sterling reputation as a dedicated leader whose number one priority was the security of our citizens, not politics or ideology."

Trump added: "That sets her apart."

Trump additionally commended Kelly, who had just finished briefing the press, for his role at the DHS and now at the White House, saying "He is one of the finest people I have ever had the privilege to know, and we are deeply fortunate that he is now here at the White House as our chief of staff."

Nielsen previously worked as Kelly's chief of staff at the Department of Homeland Security and then followed him into the White House when he replaced Reince Priebus as Trump's White House chief of staff at the end of July. However, this was not her first time working in the White House, as she previously served in President George W. Bush's administration as the special assistant for prevention, preparedness and response on the Homeland Security Council.

The Department of Homeland Security was created in the wake of the terror attacks on September 11, 2001.