President Trump defends Bill O'Reilly: 'He is a good person' 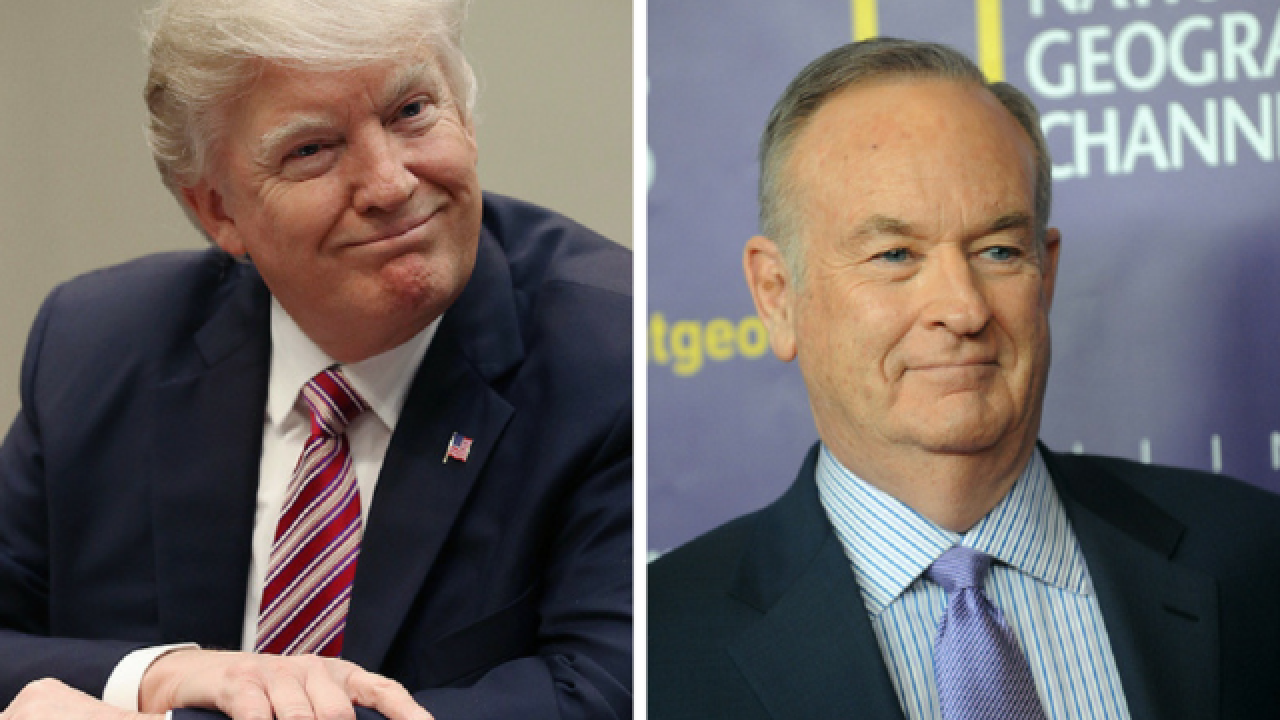 In an interview with The New York Times, Trump defended O'Reilly against new revelations that he, Fox News and parent company 21st Century Fox had paid a total of $13 million in settlements to five women who accused him of sexual harassment or verbal abuse.

O'Reilly has denied the merits of all the claims against him, 21st Century Fox said in a statement.

Trump had his own run-in with sexual harassment accusations last October, after an Access Hollywood tape surfaced in which he said he grabbed women by their genitals. "I don't even wait," Trump can be heard saying in the tape. "And when you're a star, they let you do it, you can do anything."

Last week, Trump declared April 2017 National Sexual Assault Awareness and Prevention Month, pledging that his administration "will do everything in its power to protect women, children, and men from sexual violence."

Trump's defense of O'Reilly was similar to his defense of former Fox News chief Roger Ailes last year, when Ailes was facing a litany of sexual harassment allegations.

Ailes, who has denied all of the allegations against him, was forced to resign from Fox News just one week after that interview.

More than 20 companies had pulled their advertising from "The O'Reilly Factor" as of Wednesday. Lisa Bloom, the lawyer for one of O'Reilly's accusers, has called for an independent investigation of Fox News. The National Organization for Women has called for him to be fired.

Meanwhile, many female employees inside Fox News are too scared to speak out about problems in the workplace, fearing that they have no leverage against powerful on-air talents like O'Reilly, current and former network sources have told CNNMoney.

21st Century Fox and Fox News are standing behind O'Reilly. But neither the company nor O'Reilly have addressed the matter since Saturday, when the New York Times first revealed the extent of settlements paid to O'Reilly's accusers.

Henry Holt, the publisher of O'Reilly's new book "Old School," has said it has "no comment at this time" on the allegations against its author.

21st Century Fox is also under federal investigation over its handling of payments made to women who accused Ailes of sexual harassment.