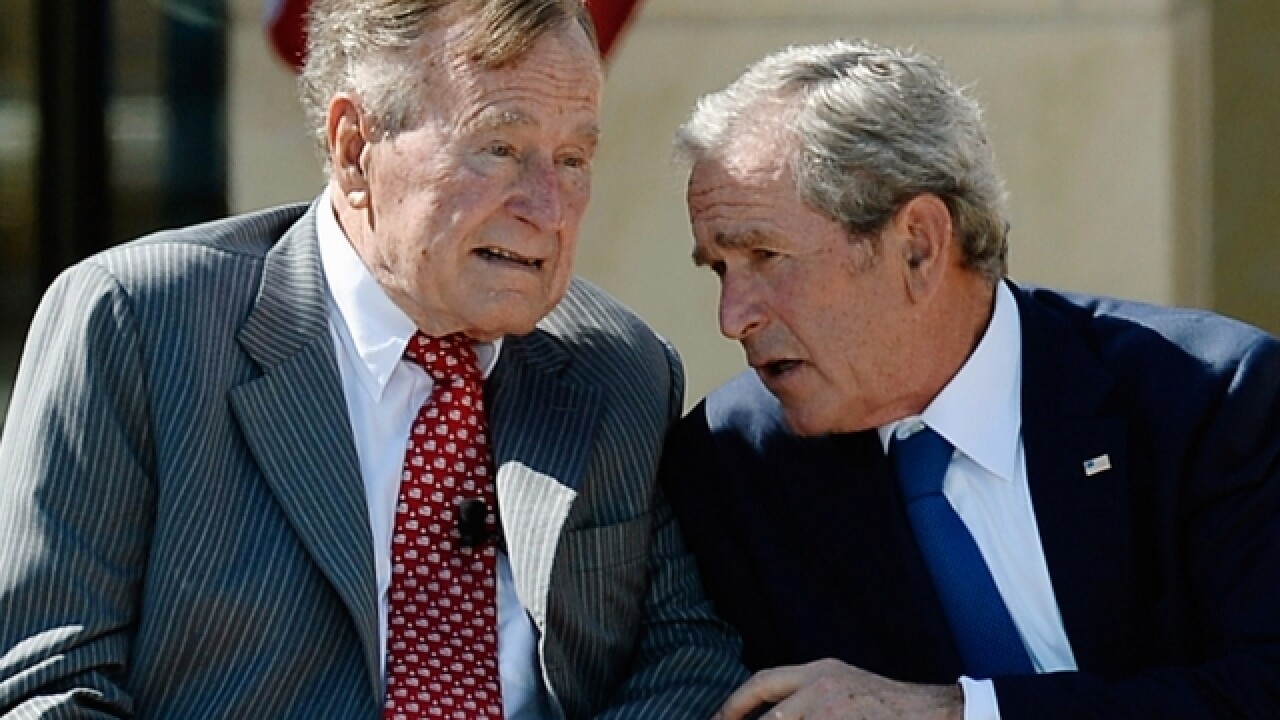 KENNEBUNKPORT, Maine (AP) — Fresh from his 92nd birthday, former President George H.W. Bush is enjoying himself in Maine after recovering from a fall at his home last summer.
Bush led a group of 40 wounded warriors on a fishing trip at the helm of his speedboat Wednesday, three days after his birthday celebration.
Evan Sisley, Bush's personal aide, said the former president is fully healed, telling others "being 92 doesn't hurt one bit."
The oldest living president took a tumble last July 15 at his Kennebunkport home and fractured a vertebrae, which doctors let heal on its own.
Wednesday's "Fishing for Freedom" event featured veterans of conflicts in Korea, Vietnam, Iraq and Afghanistan, and was sponsored by the nonprofit Wounded Heroes Program of Maine.
The former president didn't actually go fishing, but he skippered his 38-foot speedboat Fidelity IV down the Kennebunk River to lead 10 other boats to the Atlantic Ocean.
Such outings are not unusual. Last summer, a soldier who was badly wounded in Afghanistan proposed to his girlfriend outside Bush's home as the former president watched.
Bush has a form of Parkinson's disease and uses a motorized scooter or a wheelchair for mobility, but that hasn't stopped him from going out on his boat. He is not experiencing any residual pain from his fall, and he's "enjoying the salt air with his family," Sisley said.
Bush has been coming to Kennebunkport every summer except during World War II, when he was a naval aviator. His plane was shot down but he survived by bailing out with a parachute.
He has parachuted several times since then, most recently celebrating his 90th birthday by making a tandem parachute jump near his Kennebunkport home. His past two birthdays have been low-key, spent with family.
Copyright 2016 The Associated Press. All rights reserved. This material may not be published, broadcast, rewritten or redistributed.