Powerball jackpot increases to $1.4B 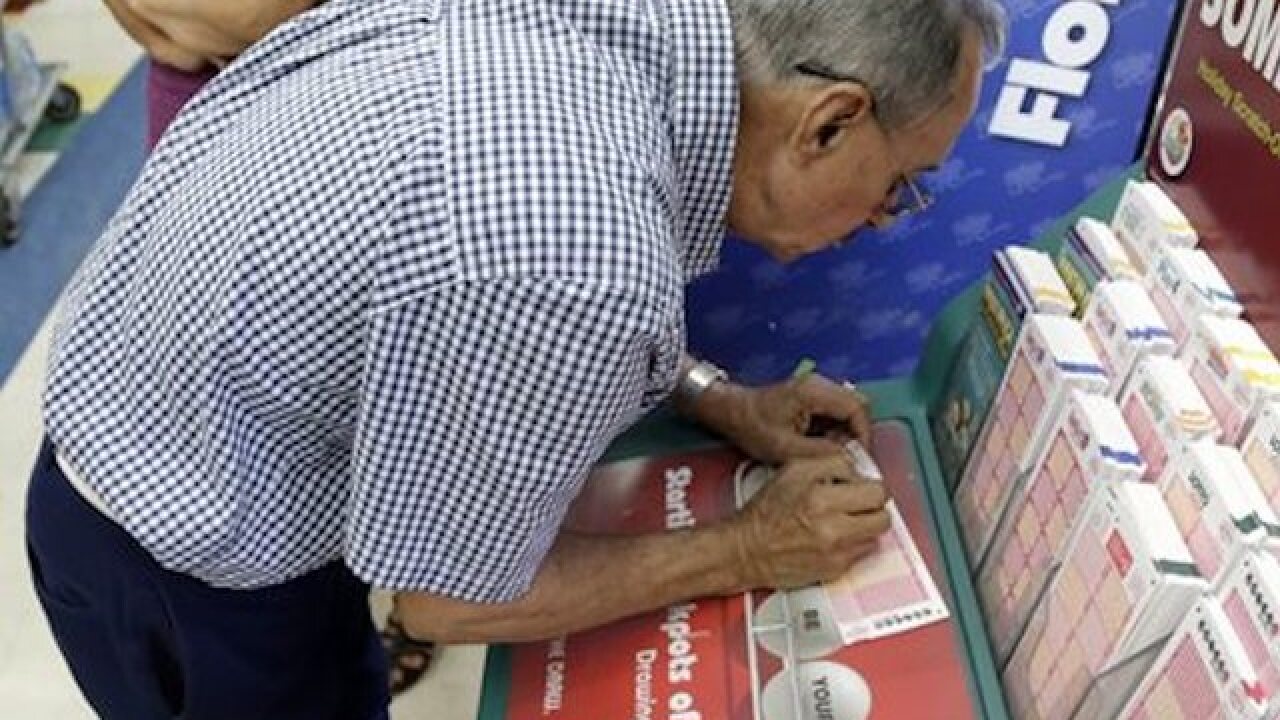 DES MOINES, Iowa (AP) — People who bought Powerball tickets have more time to think of elaborate ways to spend the largest lottery jackpot in the world — and they'll likely be joined by thousands more seeking a quick $1.4 billion fortune.

Sales for Saturday night's drawing, in which $949.8 million was at stake, had been robust in the participating 44 states, as well as the District of Columbia, the U.S. Virgin Islands and Puerto Rico.

Here's what you need to know about the Powerball ahead of Wednesday's drawing:

STARTED FROM THE BOTTOM, NOW WE'RE AT $1.4 BILLION

The jackpot for the twice-weekly game started at $40 million on Nov. 4 and has been growing ever since. Gary Grief with the Texas Lottery, which is part of the Multi-State Lottery Association, says the $1.4 billion figure is definitely the world's largest.

Officials increased the jackpot Monday from the initial estimate of $1.3 billion because of strong sales Sunday. The jackpot estimate is reviewed daily.

I'LL TAKE ALL OF THE COMINBATIONS, FOR $584 MILLION

Lottery officials say 75 percent of the 292.2 million number combinations were purchased ahead of Saturday's drawing.

Powerball officials will allow you to purchase all possible combinations, but it isn't a smart thing to do. At $2 a ticket, the strategy would cost about $584 million, and when taxes are subtracted, you'd end up losing money.

Plus, if someone else matched the winning numbers, too, you'd have to split the prize. While you'd make back some of your investment on smaller prizes paid for matching three, four or five numbers plus the Powerball, chances are it still isn't a good bet.

LUCK OF THE DRAW

Roughly 95 percent of Powerball tickets are computer-generated quick picks, so people's favorite numbers aren't really a factor. Officials don't track which numbers are most popular because so many are randomly generated.

THE PAYOFF: HUGE, EVEN AFTER TAXES

A winner would have the option of being paid $1.4 billion through annual payments over 29 years or opting for one $868 million cash payment. But 39.6 percent of the lump sum would go to federal income taxes.

Plus, most states would take a chunk — something winners in Alaska, Florida, Nevada, South Dakota, Texas, Washington and Wyoming wouldn't have to worry about. California and Pennsylvania exempt lottery winnings from income taxes if the ticket was bought in-state.

Some people feel that pooling their money with co-workers will improve their chance of winning — but with such tiny odds, adding 50 or 100 chances doesn't give you a leg up. And if your group is lucky, lottery officials recommend preventing hard feelings by putting in writing how you plan to split the prize, since it's easy for misunderstandings to crop up when hundreds of millions of dollars are at stake.

A WORD OF CAUTION

Texas Lottery's executive director trumpeted the big jackpot over the weekend, but urged those hoping to hit it big not to spend more than they can afford. "We're very concerned about people playing responsibly and not overspending," Gary Grief said. "It only takes one ticket to win."