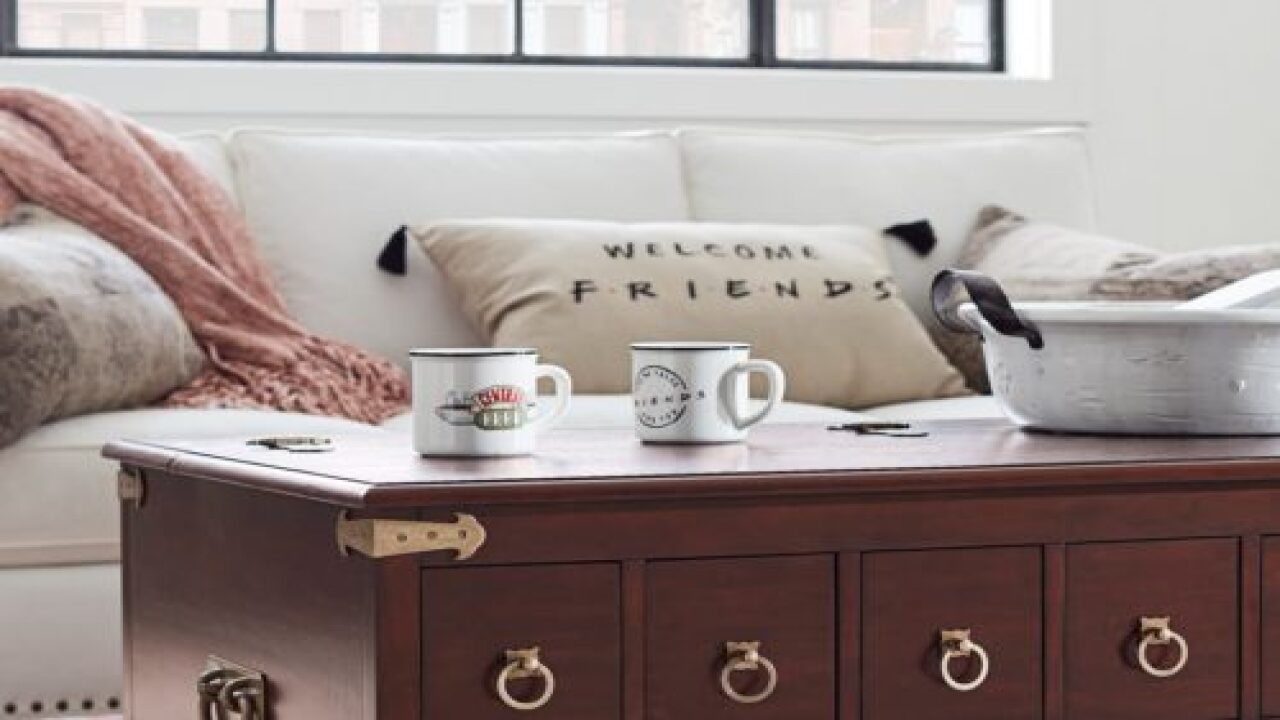 (CNN) -- Could this BE any more exciting?

In honor of the 25th anniversary of the television series "Friends," Pottery Barn has released its collection of limited-edition pieces inspired by the show.

"Friends" fanatics can pretend they're living it up in New York City with furniture and other home décor, starting Tuesday.

One of the pieces up for sale is an apothecary table -- although Phoebe may not approve -- that was featured in season 6 of the show.

The image shows a Central Perk-esque background with two mugs, one with the line "You're my lobster" and the other with a picture of a lobster. It's a reference to Phoebe's belief that lobsters mate for life, so if someone is your lobster, you're meant to be with them forever.

If the Pottery Barn collection isn't enough, "Friends" fans can try to score tickets to a pop-up shop in New York City this fall.