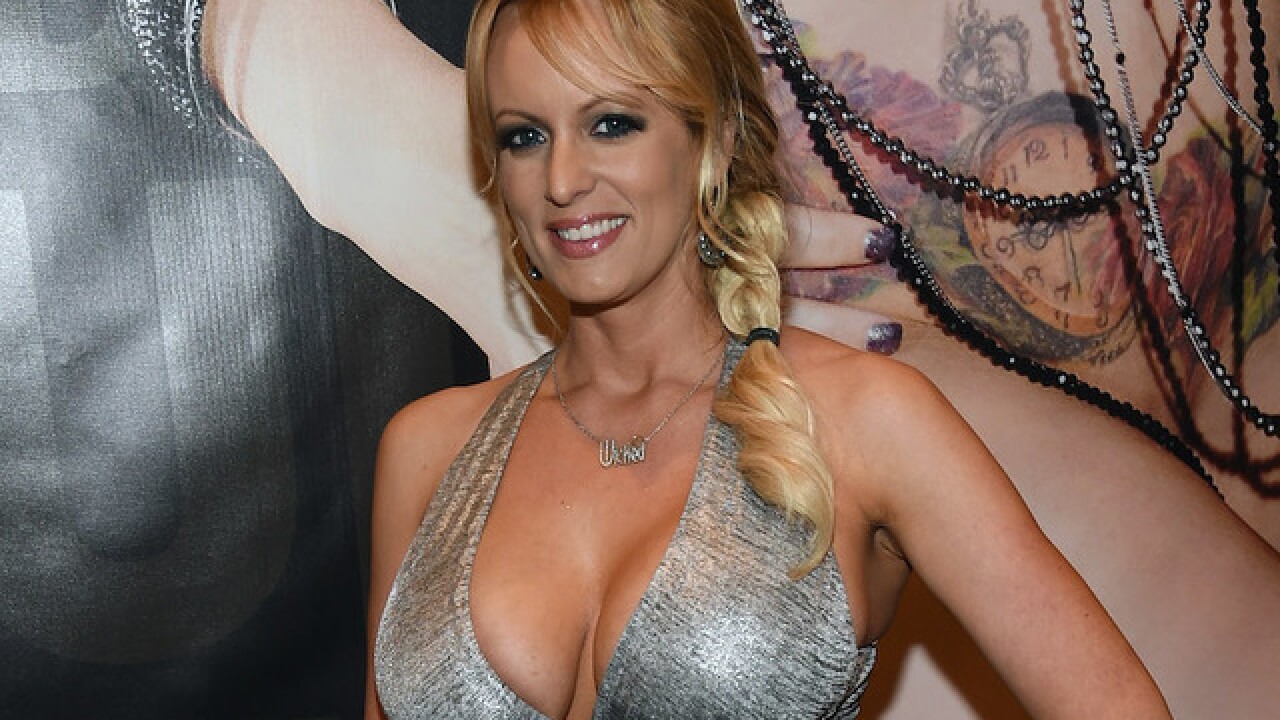 The "Jimmy Kimmel Live!" host interviewed Daniels -- whose real name is Stephanie Clifford -- on his ABC show to speak about her alleged affair with Trump in 2006. But Daniels dodged his questions and did not give any substantial answers.

The Wall Street Journal reported earlier this month that Trump attorney Michael Cohen had arranged a $130,000 payment to Daniels to keep her quiet about an alleged sexual relationship between her and Trump. Cohen, Clifford, and the White House have denied the report.

Kimmel kicked off the interview by telling Daniels that he had a "pretty clear idea" of what he wanted to ask her, but then saw a letter that denied the alleged relationship, which she supposedly signed earlier on Tuesday.

The host questioned the denial, saying that her signature on the letter didn't appear to be the same as Daniels' previous signatures and autographs. He then came out and just asked if she signed it.

"I don't know, did I?" Daniels said to Kimmel. "Doesn't look like my signature, does it?"

Kimmel then asked if the letter was released without Daniels' approval and if she knew where it came from.

Daniels laughed and responded, "You're so smart, Jimmy."

Despite Daniels not really telling Kimmel anything, the late night host was persistent in trying to get anything from the actress.

That included using puppets that looked like Trump and Daniels that could speak on her behalf and even playing games.

"We're going to play 'Never Have I Ever,'" Kimmel told Daniels. "I'm going to ask a few questions about various things."

She quickly responded, "This feels like an 'SVU' episode" of "Law and Order."

Yet, again Daniels didn't really play along and stayed elusive.

Kimmel tried one last time to get Daniels to admit anything when it came to Trump.

"Stormy, one last thing," Kimmel said, wrapping up the telecast. "Have you ever made love to anyone whose name rhymes with 'Ronald Rump?'"

Daniels smiled and said, "I'll call you whatever you want me to, baby."