Police: 3 stabbed at KKK gathering in So. Cal. 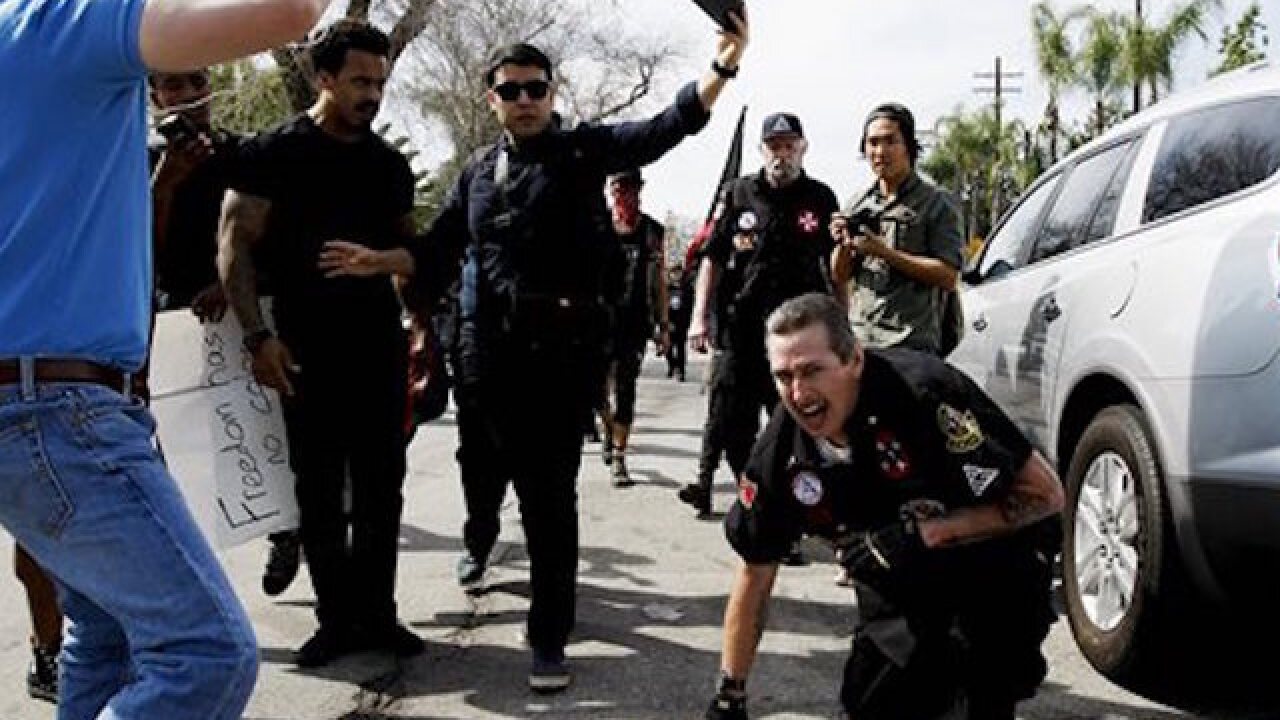 Copyright Associated Press
Luis Sinco
<p>Counter protesters taunt an injured Ku Klux Klansman after members of the KKK tried to start a "White Lives Matter" rally at Pearson Park in Anaheim on Saturday, Feb. 27, 2016. The event quickly escalated into violence and at least two people had to be treated at the scene for stab wounds. (Luis Sinco/Los Angeles Times via AP)</p>

An altercation between a group of KKK members and counter-protesters erupted at a Klan rally in Anaheim, with both sides involved in violent attacks, Sgt. Daron Wyatt with the Anaheim Police Department told The Associated Press.

Three people, all initially believed to be counter-protesters, were stabbed. One person was in custody.

Wyatt said a Klan member was stomped on by counter-protesters during another altercation. Three people have been detained.

The KKK has a long history in Southern California, with Klansmen holding elected office in Anaheim in the 1920s. Nationwide, the number of active KKK groups increased to 190 in 2015 after falling in 2013 and 2014, according to the Southern Poverty Law Center.

In January 2015, packets containing fliers condemning Martin Luther King, Jr. and supporting the Ku Klux Klan were left in the driveways of about 40 homes in Santa Ana, about 8 miles south of Anaheim. The baggies contained a KKK business card, rock and candy.

The fliers opened with the heading, "On Martin Luther King Day, you are celebrating a communist pervert." The bottom of the fliers state they came from the "Loyal White Knights of the Ku Klux Klan."