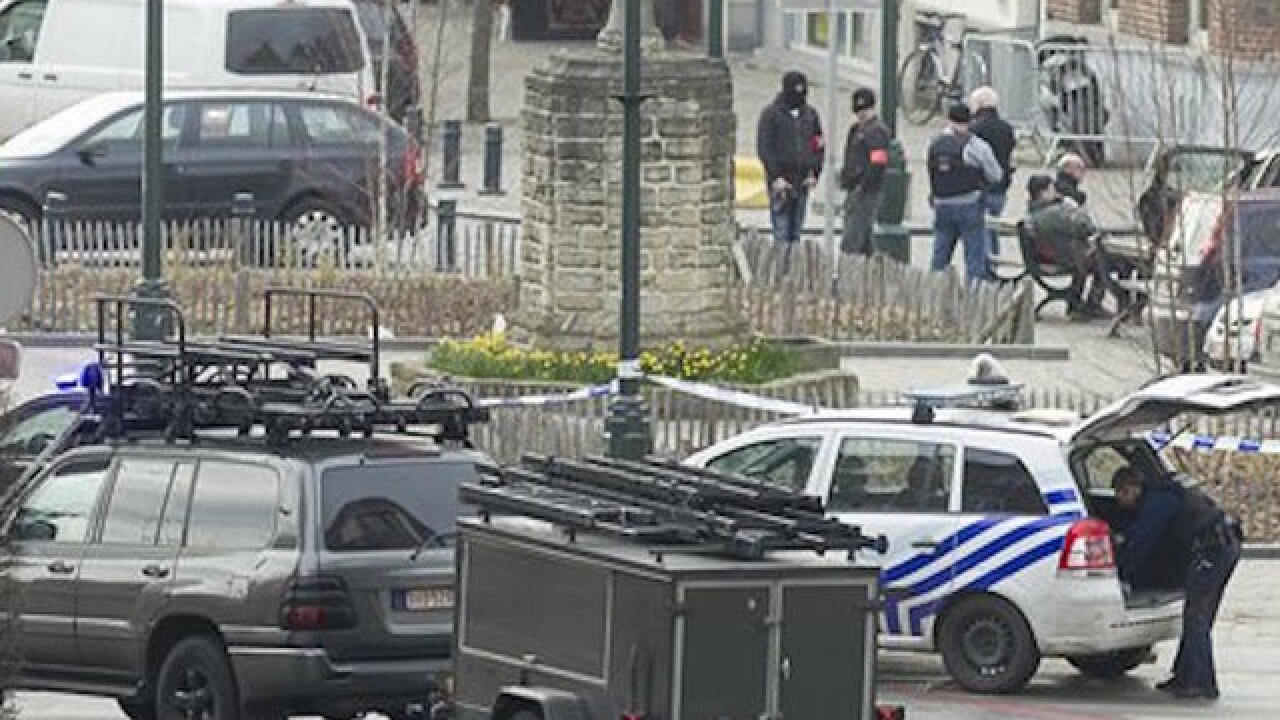 Thierry Monasse
<p>Police cordon off an area in Brussels Tuesday March 15, 2016, after police launched an anti-terror raid linked to last year's Paris attacks in a Brussels neighborhood and three police officers were slightly injured when shots were fired, officials said. A police official, who requested anonymity because the operation was still ongoing, said the exact circumstances of the incident were still unclear, or whether the police officers were struck by bullets or injured in another way. (AP Photo/Thierry Monasse)</p>

BRUSSELS (AP) — Officials in Belgium say a man has been found dead in a Brussels apartment following an anti-terror raid linked to the Nov. 13 Paris attacks that killed 130 people.

A police official, who asked not to be identified because the operation was ongoing, said police found a body after they stormed an apartment Tuesday. Earlier in the afternoon, an anti-terror raid turned violent when at least one suspect shot at police officials through a door. Four officers were injured, none fatally.

It was not clear if the man found dead was one of the people police were looking for in the raid in the Forest neighborhood. Forest mayor Marc-Jean Ghyssels told local media two people had barricaded themselves in a home, but it was not clear what happened to them.