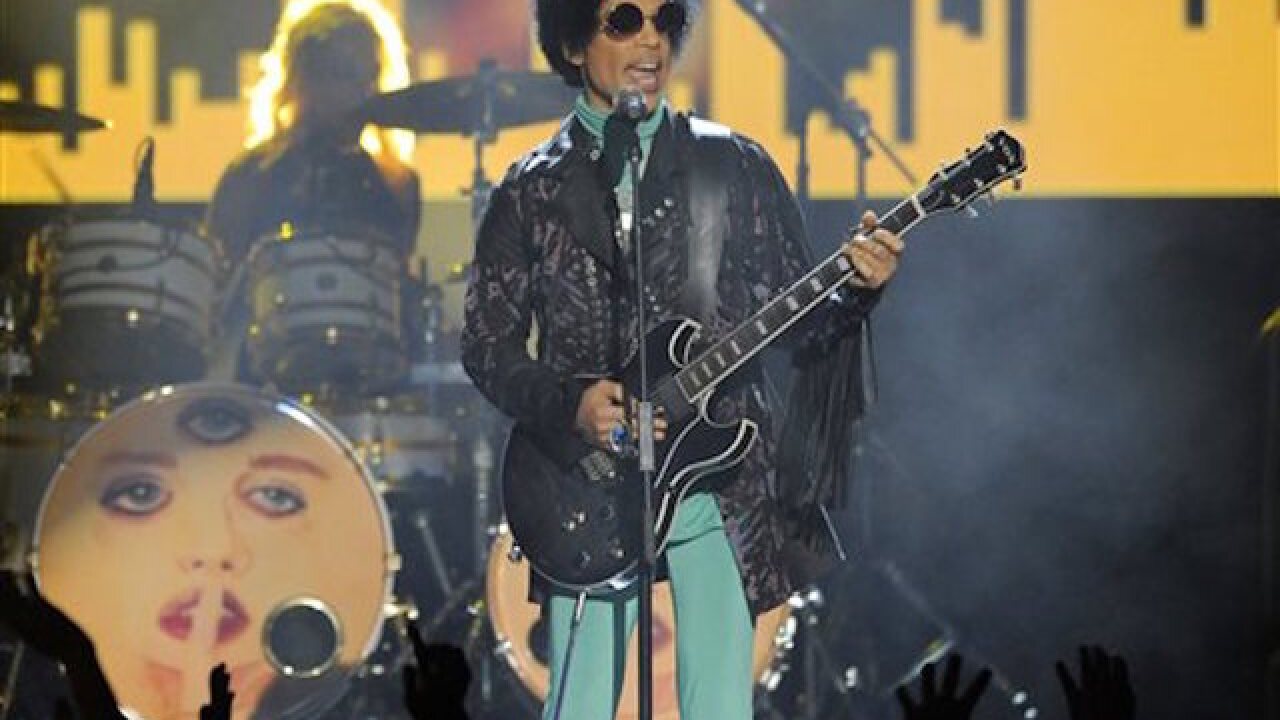 Copyright Associated Press
Chris Pizzello
<p>In this May 19, 2013 file photo, Prince performs at the Billboard Music Awards at the MGM Grand Garden Arena in Las Vegas. A law-enforcement official says that tests show the music superstar died of an opioid overdose. Prince was found dead at his home on April 21, 2016, in suburban Minneapolis. He was 57. (Photo by Chris Pizzello/Invision/AP)</p>

LOS ANGELES (AP) — People for the Ethical Treatment of Animals is celebrating Prince's birthday with a free download of his pro-vegan song, "Animal Kingdom."

PETA said Friday the song will be available through Prince's June 7 birthday to highlight the late singer's longtime support of animal rights. Prince donated the song to PETA for its 20th anniversary in 1999.

The song includes the lyrics, "We're all members of the animal kingdom. Leave your brothers and sisters in the sea."

Autopsy results released Thursday show Prince's death in April at age 57 was from an accidental overdose of the prescription painkiller fentanyl.

Prince's ex-wife Mayte Garcia is working with PETA to encourage Prince fans to celebrate his birthday by "go(ing) vegan to see how much better they feel and to honor his kind legacy."