Pentagon chief in Afghanistan to meet with US commanders 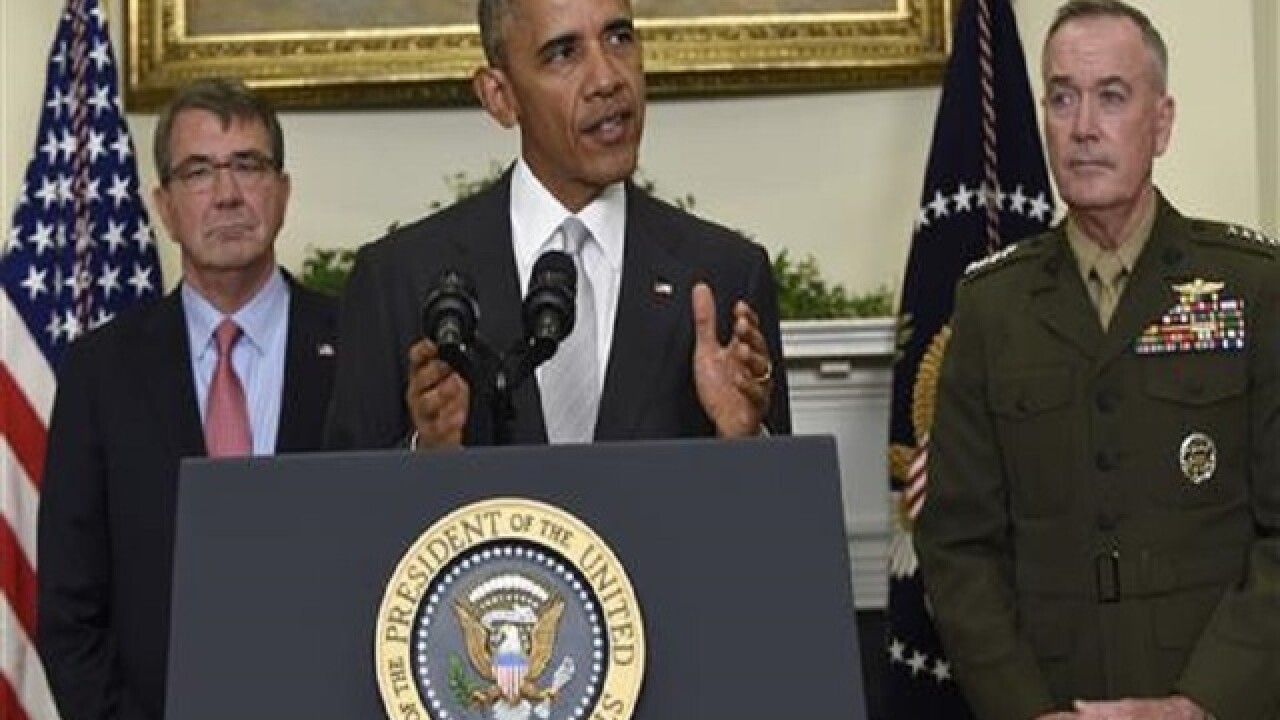 BAGRAM AIR FIELD, Afghanistan (AP) — U.S. Defense Secretary Ash Carter is in Afghanistan to meet with U.S. commanders in the wake of a pledge by NATO allies to keep troop levels stable as they battle a resilient Taliban.
It's Carter's second stop in a war zone in as many days, part of a weeklong trip that has underscored America's growing commitment to two wars that President Barack Obama has not been able to end.
Carter is scheduled to meet with Afghan President Ashraf Ghani and chief executive officer Abdullah Abdullah, as well as his top U.S. commander in Afghanistan.
On Monday in Iraq, Carter announced that the U.S. would be sending 560 additional troops there.
Obama announced last week that he would keep 8,400 U.S. troops in Afghanistan, rather than cut their numbers to 5,500.
Copyright 2016 The Associated Press. All rights reserved. This material may not be published, broadcast, rewritten or redistributed.