Pence: I was 'disappointed' with Flynn 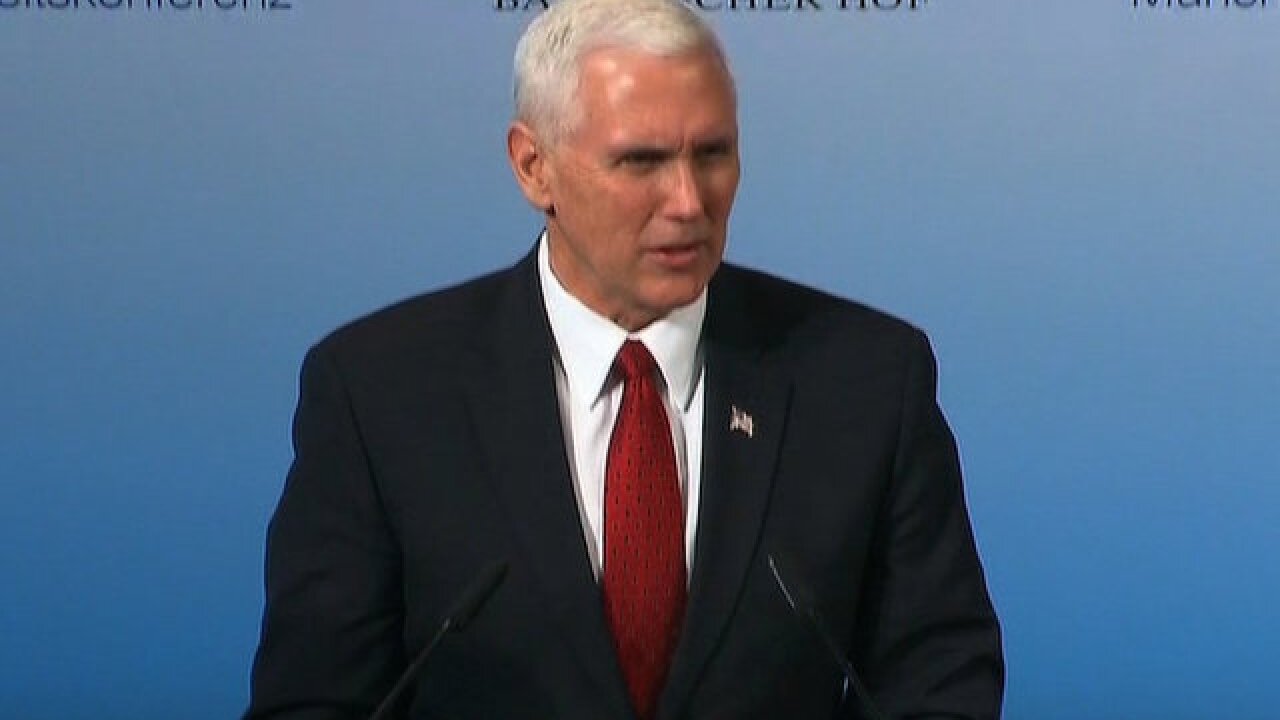 © 2017 Cable News Network, Inc.
CNN
<p>Vice President Mike Pence said the US will hold Russia accountable for its actions even as it works to look for areas of cooperation at the Munich Security Conference.</p>

(CNN) -- Vice President Mike Pence said Monday he was "disappointed" that former national security adviser Michael Flynn misled him about his conversation with the Russian ambassador to Washington.

"I was disappointed to learn that ... the facts that had been conveyed to me by Gen. Flynn were inaccurate. But we honor Gen. Flynn's long service to the United States of America, and I fully support the President's decision to ask for his resignation," Pence said at a news conference Monday in Brussels.

Flynn misled Pence over his conversations with the Russian ambassador to the US, in which the two discussed election-related sanctions imposed on Russia during their phone call that took place before Trump took office.

Trump said last week that he was not bothered that Flynn discussed the sanctions, but said that he had lost trust in Flynn because he did not disclose the details to Pence, who in subsequent TV interviews insisted Flynn had not discussed sanctions with the Russian ambassador.

Pence, speaking Monday, called Flynn's firing "the proper decision" and said "it was handled properly and in a timely way."

Questions continue to swirl around why Flynn was only asked to resign last week, even though Trump and his top advisers found out about the full contents of Flynn's conversation on or soon after January 26. Pence, meanwhile, did not find out he had been misled until February 9, administration officials told CNN.

Pence's comments came as he completed a multi-day security-focused trip to Europe, where he met with key US allies in Munich, Germany, and in Brussels.

The vice president also sought to reassure US allies that the premature dismissal of the President's top foreign policy adviser had not affected the strength of the US administration's national security team.

"I have great confidence in the national security team of this administration going forward," Pence said, pointing to the heads of the Defense Department, Department of Homeland Security and CIA.

Trump, meanwhile, is still conducting a search to replace Flynn as national security adviser. He met with several candidates this weekend at his Mar-a-Lago residence in Florida.