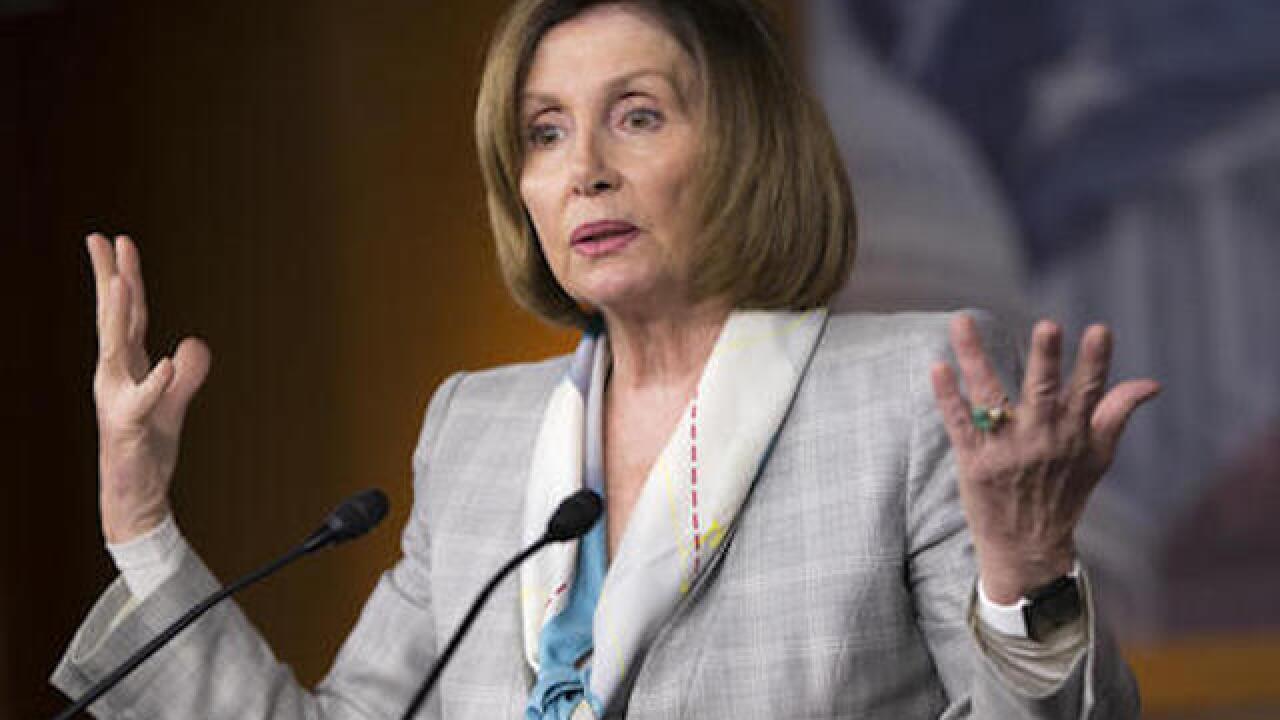 Copyright Associated Press
J. Scott Applewhite
<p>House Minority Leader Nancy Pelosi, D-Calif., defends Hillary Clinton's use of a private email server in the wake of a State Department oversight report today that stated she broke federal rules, on Capitol Hill in Washington, Wednesday, May 25, 2016. As Congress prepares to get out of town for a week-long Memorial Day recess, Pelosi also said Republicans in Congress are dysfunctional and are responsible for the lack of funding to combat the Zika virus. (AP Photo/J. Scott Applewhite)</p>

WASHINGTON (AP) — House Democratic leader Nancy Pelosi is defending the chairwoman of the Democratic National Committee, who's been under attack from presidential candidate Bernie Sanders.

Pelosi tells reporters that DNC head Debbie Wasserman Schultz is respected by her colleagues for working hard and trying to unify the party.

Pelosi was asked if that was her personal view as well, and the California Democrat said, "That was my statement."

Sanders' long-shot bid for the presidential nomination against Hillary Clinton has left rifts in the party.

Sanders has accused Wasserman Schultz — who's also a Florida congresswoman — of favoring Clinton.

Pelosi says she believes unease among Democrats largely stems from the party's delegate selection process, which Sanders has criticized.