During interrogation, Parkland school shooter Nikolas Cruz said he heard a demon in his head 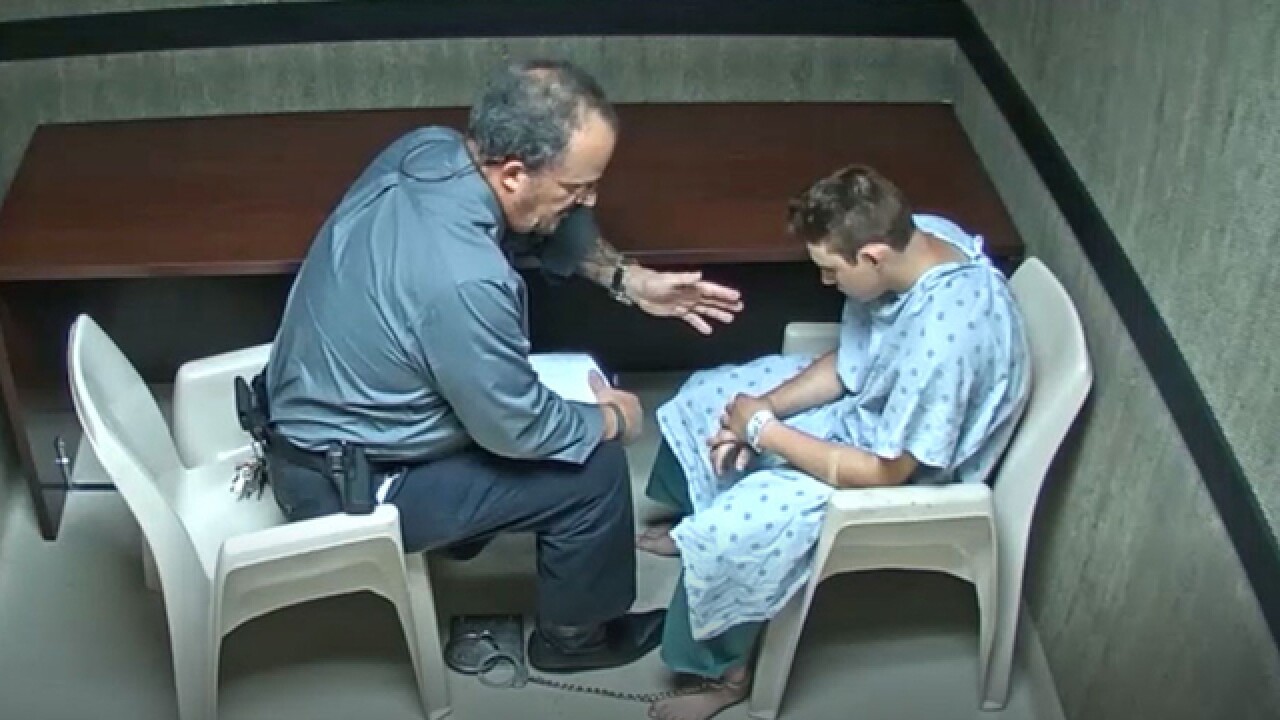 Marjory Stoneman Douglas school shooter Nikolas Cruz told a detective shortly after the February massacre that a voice in his head the night before the shooting told him to hurt people.

Cruz is accused of killing 17 students and faculty at the school in Parkland, Florida. Court documents show the former student has confessed to being the gunman. However, a judge entered a plea of not guilty on Cruz's after he stood mute to the charges in March.

Documents released Monday by the Broward County state attorney's office include a transcript of Cruz's conversation with a detective after his arrest on the day of the shooting, February 14. The transcript shows the gunman talking about his deceased parents and a demon that Cruz said was in his head. The document also details a meeting Cruz had with his younger brother.

In the beginning of the interview, the detective asked Cruz whether he would like some cold water. Cruz answered, "I don't know." and then when pressed by the detective why he didn't know he told him, "I don't deserve it."

Cruz was read his rights and chose to continue the video-taped interview with the detective.

Several times when the detective left the room, Cruz spoke to himself saying, "Kill me. Just (expletive) kill me. (expletive)."

'Demon' in his head

Cruz spoke to the detective about what he called a demon in his head, according to the transcript of the interview. Cruz said the voice told him to do bad things, including the night before the shooting. He said it was the voice that told him to buy the AR-15 and to take an Uber ride to Marjory Stoneman Douglas the day of the shooting.

The detective asked Cruz what the demon told him to do. Cruz answered, "Burn. Kill. Destroy."

He told the detective that he sometimes used the drug Xanax and marijuana to make the voice go away.

Cruz said the voice was talking to him while he was there in the interrogation room, telling him to kill himself.

Cruz became defensive of those accusations, and told the detective over and over, "I don't like the demon," before asking for an attorney and ending the interrogation.

When the detective left the room, Cruz again started talking to himself. "Why didn't he kill me?" he repeated over and over.

Cruz, a former Stoneman Douglas student, roamed the hallways of the 1200 building on campus February 14 for several minutes, targeting victims huddled in classrooms on the first and second floors, killing 14 students and three school employees in one of the deadliest mass shootings in modern US history.

Broward County prosecutors have said they plan to seek the death penalty despite his attorney's offer of a guilty plea in exchange for a life sentence.