Obama, in return to campaign trail, calls on Americans to reject 'politics of fear' 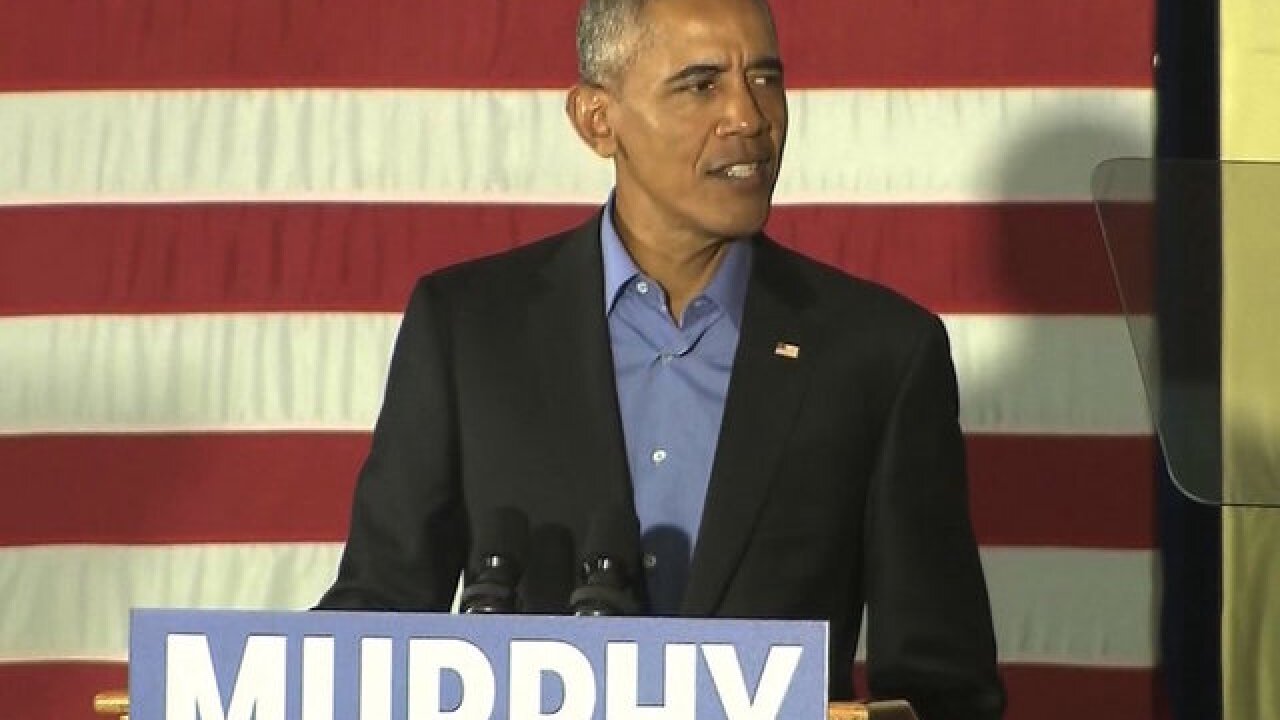 Former President Barack Obama returned the campaign trail Thursday with a warning about the current state of politics in America.

"Some of the politics we see now, we thought we'd put that to bed. I mean, that's folks looking 50 years back. It's the 21st century, not the 19th century," Obama said during a rally in New Jersey, where he was campaigning for Phil Murphy, the Democratic candidate for governor there.

The 44th president did not mention his successor by name in his remarks, which were interrupted with chants of "four more years" from the crowd. President Donald Trump has actively taken steps to attack Obama's legacy in recent weeks, including on Iran, immigration and health care.

Beyond his lament about the country's political environment, Obama also stressed the importance of the US remaining a leader on the world stage.

"The world counts on America having its act together. The world is looking to us as an example," Obama told the crowd. "The world asks what our values and ideals are, and are we living up to our creed."

The appearance for Murphy, who served as Obama's ambassador to Germany from 2009 to 2013, marked the first foray onto the campaign trail for the former president since he left office in January.

Despite public polls showing Murphy with a comfortable lead in the contest with Republican Kim Guadagno, the state's lieutenant governor, Obama urged those in attendance not to rest until Election Day.

"You can't take this election or any election for granted," Obama said. "I don't know if you all noticed that."

"You've got to run through the tape," he added.

Obama made another campaign stop Thursday in Virginia, where he campaigned with Lt. Gov. Ralph Northam, who is running against Republican Ed Gillespie, a former adviser to George W. Bush and chairman of the Republican National Committee, in the race to succeed Democrat Terry McAuliffe as governor.

Speaking at the rally in Richmond, Obama returned to the subject of division in American politics.

Obama also touched on the violent clashes that occurred at a white nationalist rally in Charlottesville over the summer.

"We don't rise up by repeating the past. We rise up by learning from the past," Obama said.