White House has plan to oust Rex Tillerson, replace him with Mike Pompeo 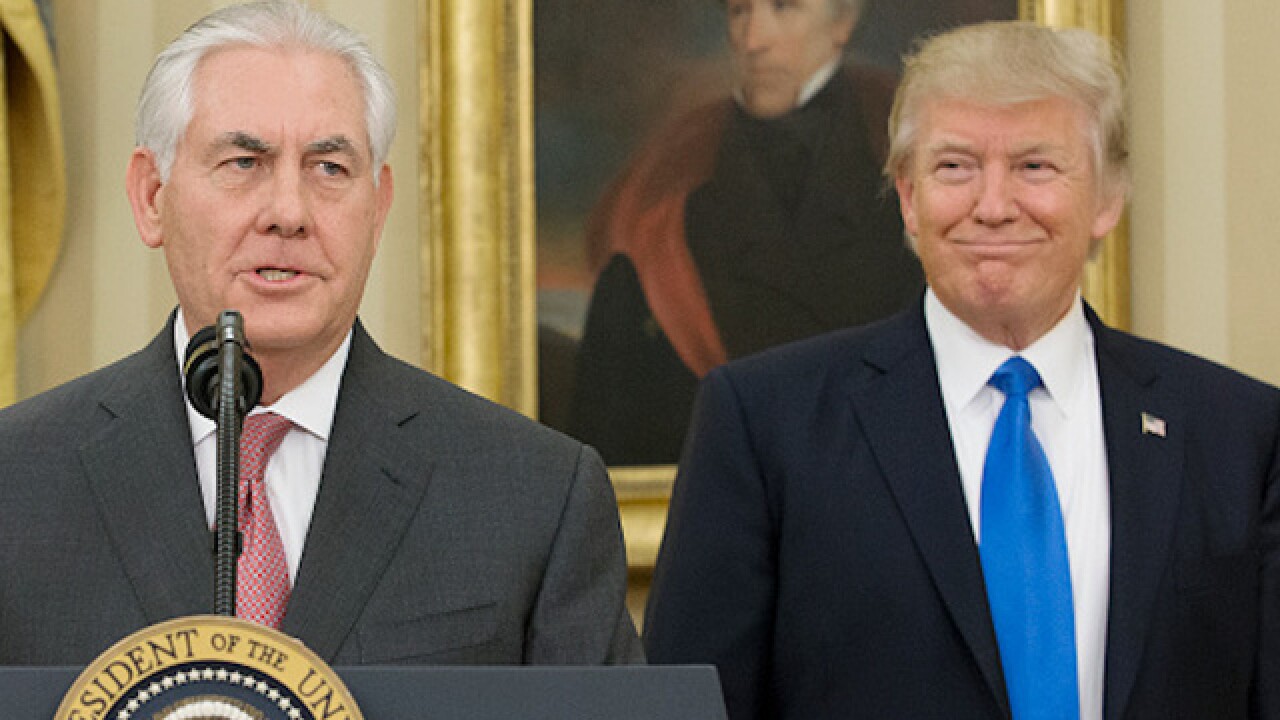 Copyright 2017 Scripps Media, Inc. All rights reserved. This material may not be published, broadcast, rewritten, or redistributed.
Pool
<p>WASHINGTON, DC - FEBRUARY 1: (AFP OUT) Rex Tillerson delivers remarks after being sworn in as 69th secretary of state as President Donald Trump looks on beneath a painting of populist President Andrew Jackson in the Oval Office of the White House on February 1, 2017 in Washington, DC. Tillerson was confirmed by the Senate earlier in the day in a 56-43 vote. (Photo by Michael Reynolds-Pool/Getty Images)</p>

The White House is contemplating a scenario to replace Secretary of State Rex Tillerson with CIA Director Mike Pompeo within the next few months, multiple government officials tell CNN.

The vacancy at the CIA would likely be filled, according to the tentative plan, by Sen. Tom Cotton, a hawkish Arkansas Republican, the sources said.

There's no decision yet on the timing of Tillerson's departure, which has been expected for months. But multiple sources close to the White House and across government said Pompeo is the leading candidate to take over at the State Department.

The New York Times reported Thursday morning that the plan has been developed by White House chief of staff John Kelly and is likely to be triggered late this year or early next year.

The expected shake-up would take the role of top US diplomat out of the hands of an official whose relationship with the President has grown increasingly fractured and put it into the hands of another whose bond with Trump has only strengthened this year.

Pompeo, a former Republican congressman from Kansas, has grown increasingly close to the President in recent months. Their bond has largely formed over the President's free-wheeling daily intelligence briefings, which one White House official said Pompeo delivers in person three to four times a week. After the briefings, Trump frequently asks Pompeo to stick around to speak more one-on-one, the official said.

Tillerson's exit would follow months of strain in his relationship with Trump, friction that has sometimes boiled into public view with Trump undercutting his secretary of state's diplomatic efforts on the North Korean crisis.