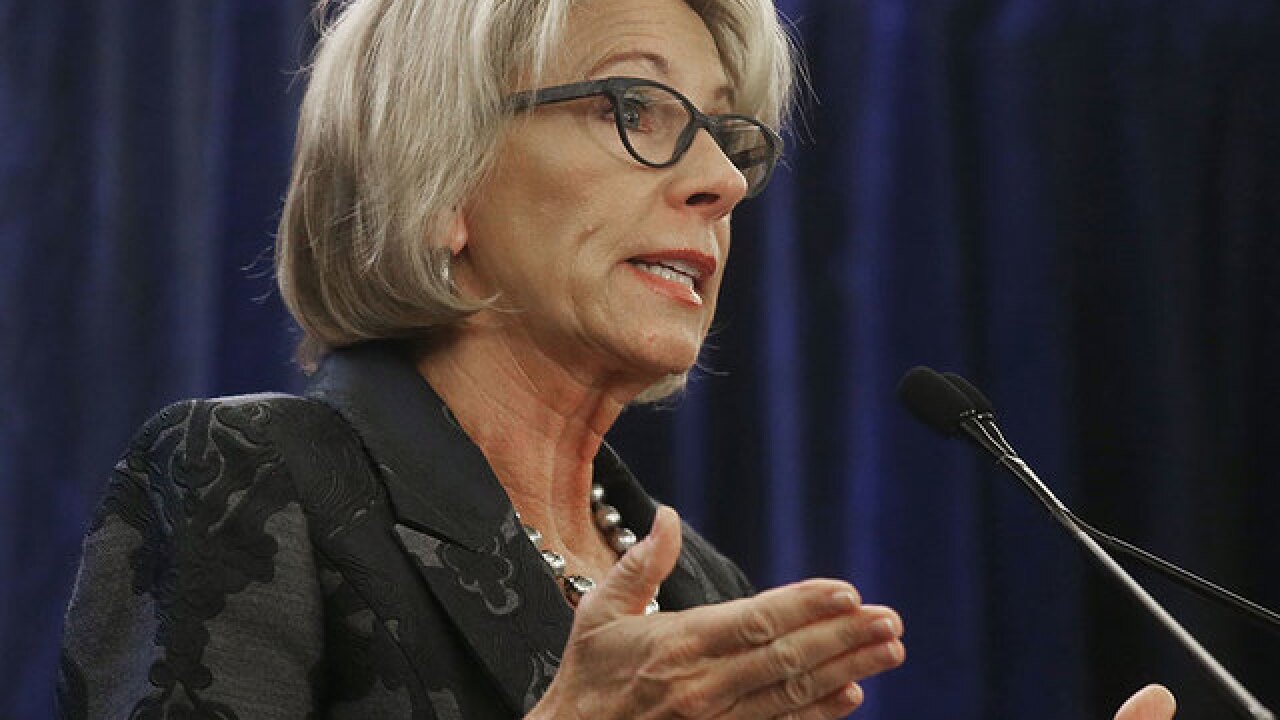 A Department of Education team that had looked into fraud and abuse by for-profit colleges has been dismantled to the point that it has "effectively killed investigations" into institutions where top hires of Education Secretary Betsy DeVos once worked, The New York Times reported Sunday, citing current and former employees.

The team has gone from about a dozen lawyers and investigators looking into advertising, recruitment, and graduate employment claims of several institutions at the end of the Obama administration to just three team members today, the Times reported. Current and former employees, including former team members, said the team's mission has been reduced to processing student loan forgiveness applications and examining smaller compliance cases, the newspaper said.

An investigation into DeVry University, now known as Adtalem Global Education, "ground to a halt early last year," and later, over the summer, DeVos picked Julian Schmoke, a former dean at the school, to be the team's supervisor, the Times reported.

Department spokeswoman Elizabeth Hill told the Times that the team had lost members due to attrition and that investigations are just one way the team helps the department provide oversight. Hill also said the new employees who had worked in the for-profit education sector did not influence the team's work.

DeVry, which agreed to a $100 million settlement in 2016 in a Federal Trade Commission lawsuit that alleged its ads about employment and salaries after graduation misled prospective students, did not respond to the Times' requests for comment. Schmoke, who the department said recused himself from matters involving DeVry, declined to be interviewed by the newspaper.

The Education Department reached a limited settlement with the for-profit college in 2016 after finding it couldn't back up claims that 90 percent of its alumni since 1975 were employed in their field of study within six months of graduating, according to the Times, which added that investigations into its other practices continued afterward.

Although Hill told the newspaper that the probe was suspended early last year, before President Donald Trump took office, former and current employees disputed her account, saying the team's work became a contentious issue in meetings with Trump's transition team, the newspaper reported.

Regarding the team's investigations into recruiting and advertising issues at the other companies, Bridgepoint said in a statement to the Times that it was aware of a review of certain issues beginning in 2015, but not of the involvement of the enforcement unit. Career Education did not respond to the newspaper's requests for comment.