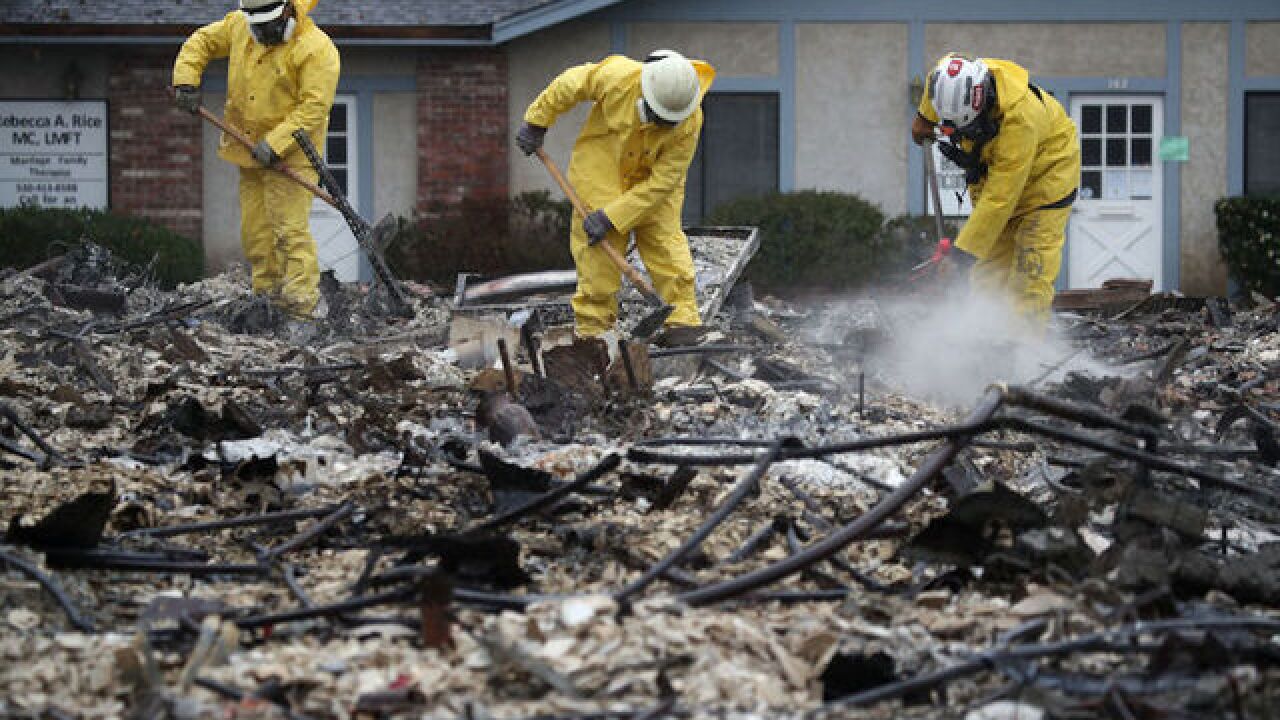 Image copyright 2018 Getty Images. All rights reserved. This material may not be published, broadcast, rewritten, or redistributed.
Justin Sullivan
<p>Search and rescue crews dig through the burnt remains of a business as they search for human remains on November 21, 2018 in Paradise, California.</p>

The number of people still unaccounted for following the devastating Camp Fire in northern California has dropped to 25, the Butte County Sheriff's Office said.

The latest count is down from a one-time high of more than 1,000 people.

The death toll remained at 88 on Saturday, with no further remains found, the sheriff's office said in a tweet.

The Camp Fire burned through more than 153,000 acres in Butte County after it broke out November 8. It was contained November 25 after becoming the deadliest and most destructive wildfire in California history.

The blaze decimated much of the town of Paradise and destroyed nearly 14,000 homes and more than 4,800 other buildings.