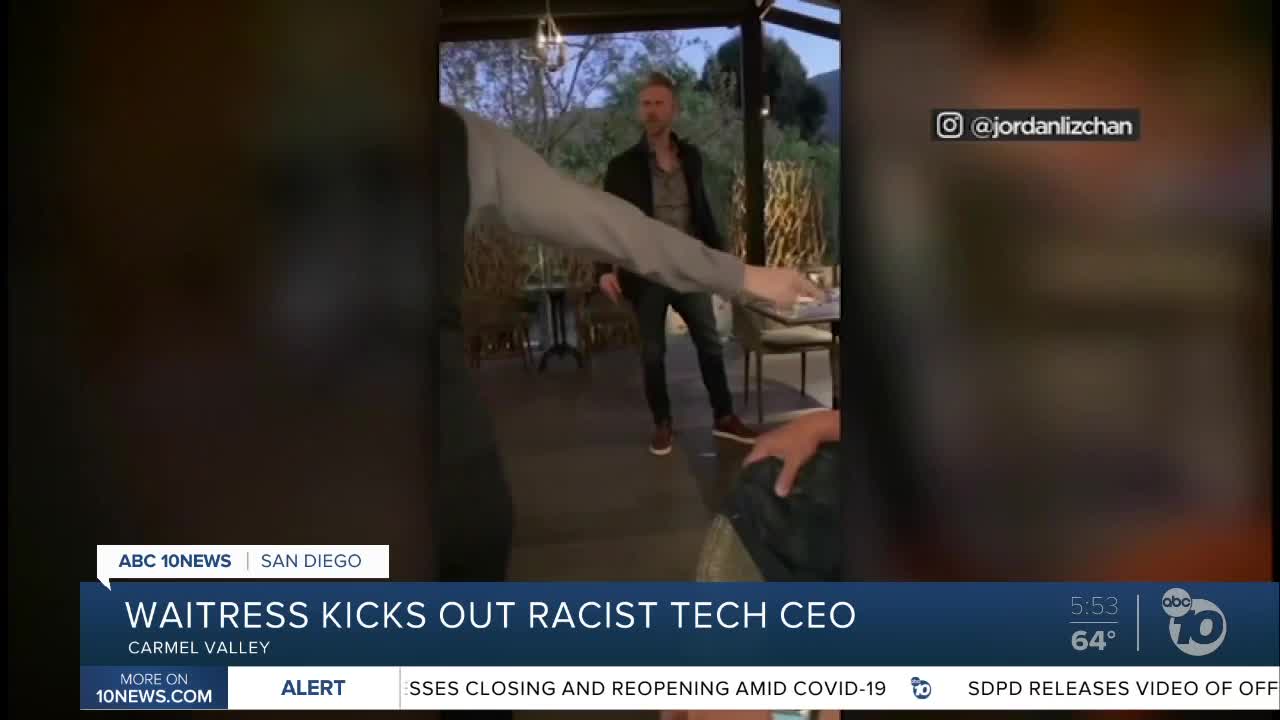 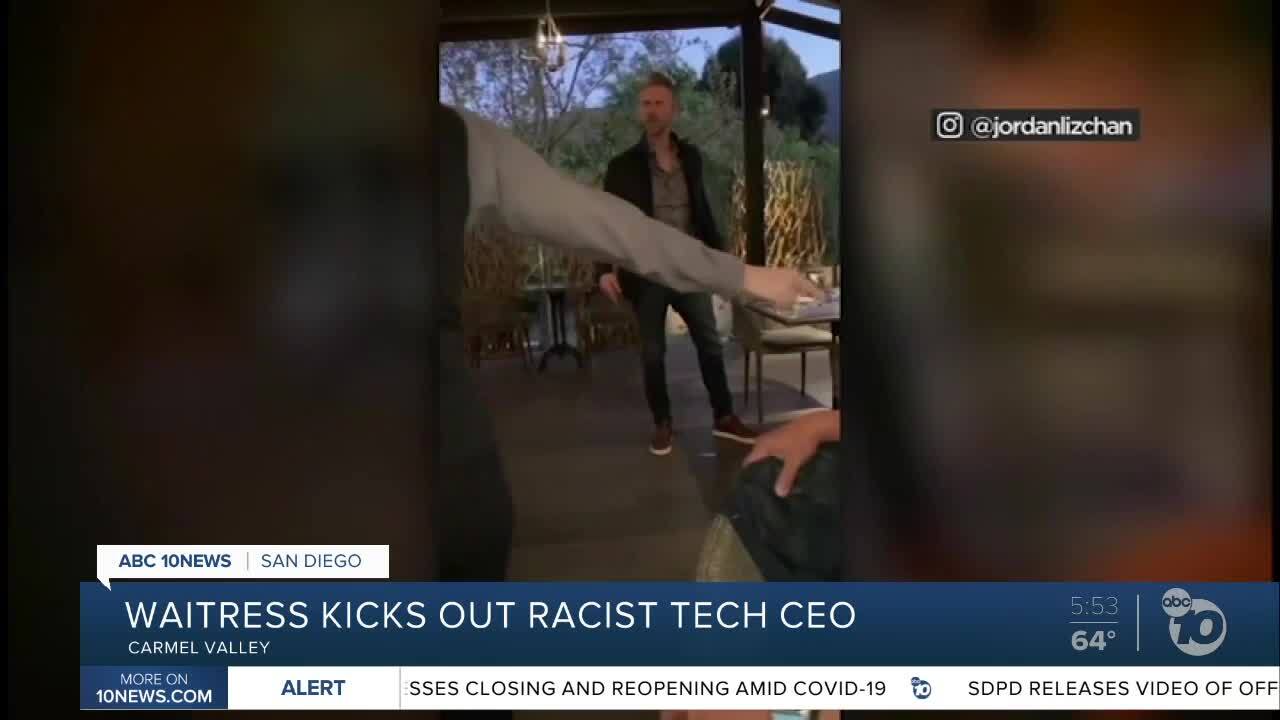 CARMEL VALLEY, Calif. (KGTV) — A Silicon Valley tech CEO is apologizing after he made racist comments and cursed at an Asian-American family that was celebrating a birthday.

Raymond Orosa, his wife Jordan Chan, and their kids were celebrating her birthday on July 4th at the Lucia Restaurant & Bar in Carmel Valley, when they say a white man started yelling racist things about Asians.

The incident was captured on a video that shows the man cursing and hurling racist insults and the server ordering him to leave.

"Trump is going f*ck you," the man is heard telling the group. "You f*cking Asian piece of sh*t.""

The man in the video is Michael Lofthouse, a CEO of Bay Area-based cloud computing startup Solid8.

In a statement issued to media, Lofthouse admits making the comments and says he will be reflecting on his behavior.

“My behavior in the video is appalling,” the statement read. “This was clearly a moment where I lost control and made incredibly hurtful and divisive comments. I would like to deeply apologize to the Chan family. I can only imagine the stress and pain they feel. I was taught to respect people of all race and I will take the time to reflect on my actions and work to better understand the inequality that so many of those around me face every day.”

The video was published on Instagram earlier this week by a family member who attended the party. Jordan Chan said Lofthouse continued his tirade well after the video ended.

"FYI he had a LOT more to say after I stopped recording," Chan said in her Instagram post. "It is no coincidence that this man has the audacity to showcase such blatant racism on the 4th of July. White supremacy has a notorious habit of masquerading as patriotism!"