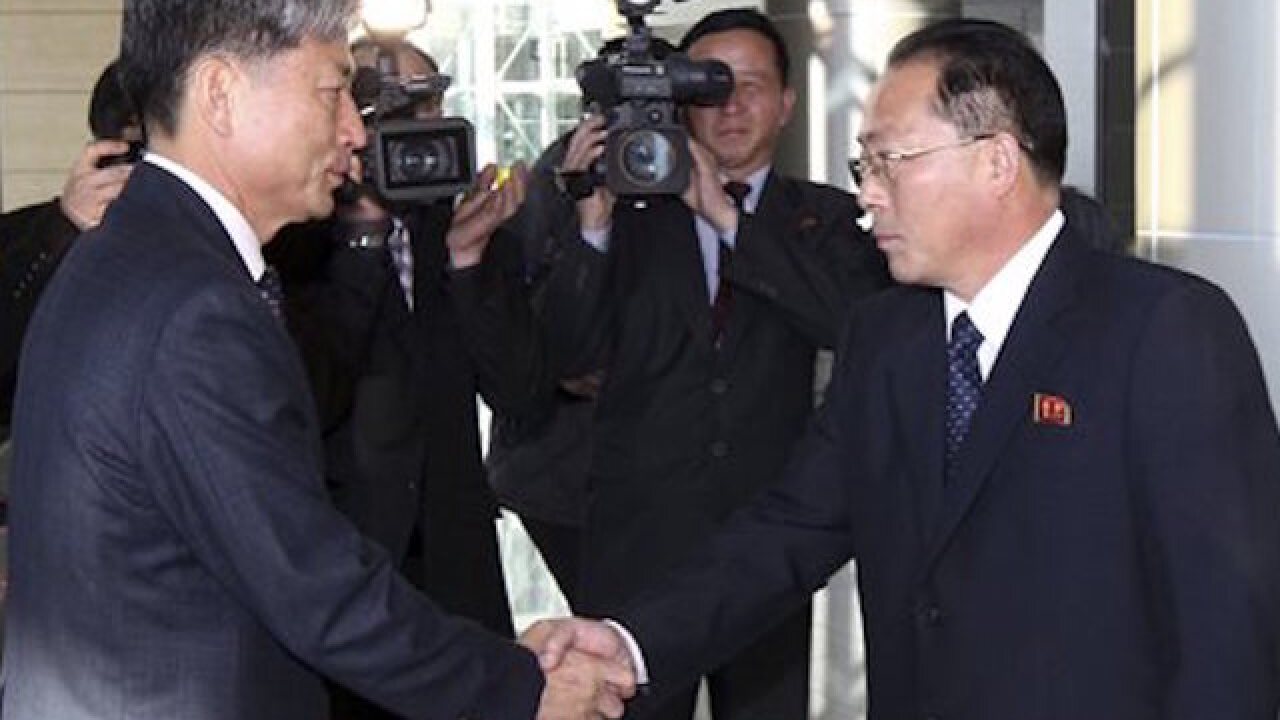 SEOUL, South Korea (AP) — North and South Korea started the second day of high-level talks at a North Korean border town on Saturday, a promising sign of reconciliation efforts after stepping away from a military standoff in August.

No major developments were expected from the presumably last day of the meetings between vice-ministerial officials in Kaesong, where the discussions stretched late into the night on Friday before the two sides decided to extend the talks.

Analysts still find the talks meaningful because they keep alive an atmosphere of dialogue — something the rivals have often failed to do in the wake of conflict.

South Korean officials want to discuss more reunions between aging family members separated by the 1950-53 Korean War. Analysts have said cash-strapped North Korea might seek the South's commitment to restart joint tours to its scenic Diamond Mountain resort, which were suspended by Seoul in 2008 following the shooting death of a South Korean tourist there by a North Korean soldier.

"The South and North had comprehensive discussions on pending issues and thoughtfully exchanged their views," Seoul's Unification Ministry spokesman Jeong Joon-Hee said after Friday's talks, without elaborating on the issues that were discussed.

Expectations for the meeting dropped last month when both sides in preparatory negotiations settled for a meeting at the vice-ministerial level. This likely ruled out discussions on more important issues.

Still, any negotiations between the rivals, which are separated by the world's most heavily armed border, should improve upon the situation in August, when they threatened each other with war over land mine explosions that maimed two South Korean soldiers.

The standoff eased after marathon talks and an agreement on efforts to reduce animosity. Those included a resumption of talks between senior officials and a new round of reunions for war-separated families, which were held in October.

Analysts say quick improvements in ties are unlikely because the rivals remain far apart on major issues, such as Pyongyang's nuclear weapons ambitions and the broad economic sanctions the South has imposed on the North since 2010, when Seoul blamed a North Korean torpedo for a warship sinking that killed 46 South Koreans.

Improving relations with Seoul is a priority for young North Korean leader Kim Jong Un, who likely wants tangible diplomatic and economic achievements before a convention of the ruling Workers' Party in May, said Koh Yu-hwan, a North Korea expert at Seoul's Dongguk University.

It is widely expected that Kim will use the congress, the party's first since 1980, to announce major state polices and shake up the country's political elite to further consolidate his power.

The Korean Peninsula remains technically at war, because the Korean War ended with an armistice, not a peace treaty.