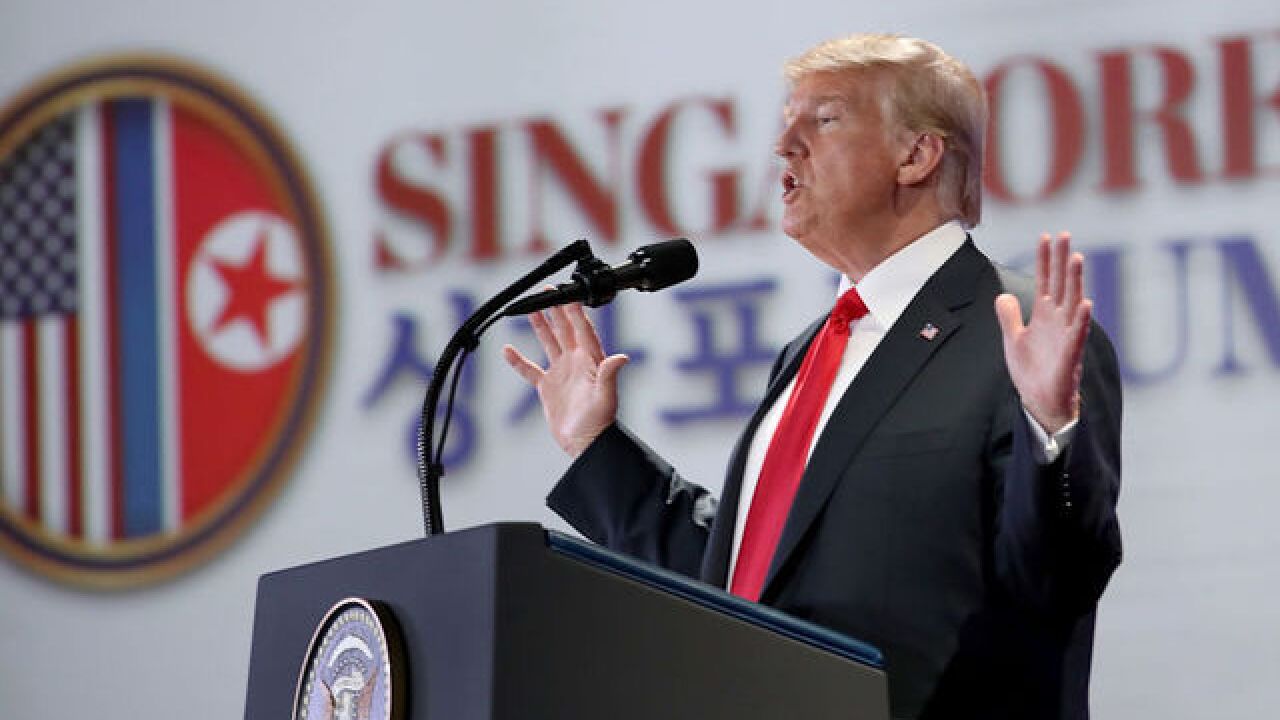 Image copyright 2018 Getty Images. All rights reserved. This material may not be published, broadcast, rewritten, or redistributed.
Win McNamee
<p>President Donald Trump answers questions during a press conference following his historic meeting with North Korean leader Kim Jong-un June 12, 2018 in Singapore. Trump described his meeting with Kim as "better than anyone could have expected." </p>

President Donald Trump declared Wednesday that the North Korean regime no longer poses a nuclear threat following his summit with Kim Jong Un, even though the meeting produced no verifiable proof that the rogue regime will discontinue its nuclear program.

"Just landed - a long trip, but everybody can now feel much safer than the day I took office," Trump tweeted as he arrived back in Washington. "There is no longer a Nuclear Threat from North Korea."

Trump also said that his meeting with Kim was an "interesting and very positive experience" and that "North Korea has great potential for the future!"

Trump also said in a separate tweet that North Korea is "no longer" America's "biggest and most dangerous problem.

After nearly five hours of unprecedented talks between Trump and Kim on Tuesday, the two leaders signed a document in which Kim "reaffirmed his firm and unwavering commitment to complete denuclearization of the Korean Peninsula" and the US agreed to "provide security guarantees."

However, there was no mention of the previous US aim of "complete, verifiable and irreversible denuclearization" from Pyongyang. Kim's commitments did not appear to go beyond what he already pledged to do in April when he met with South Korean President Moon Jae-in along their countries' border.