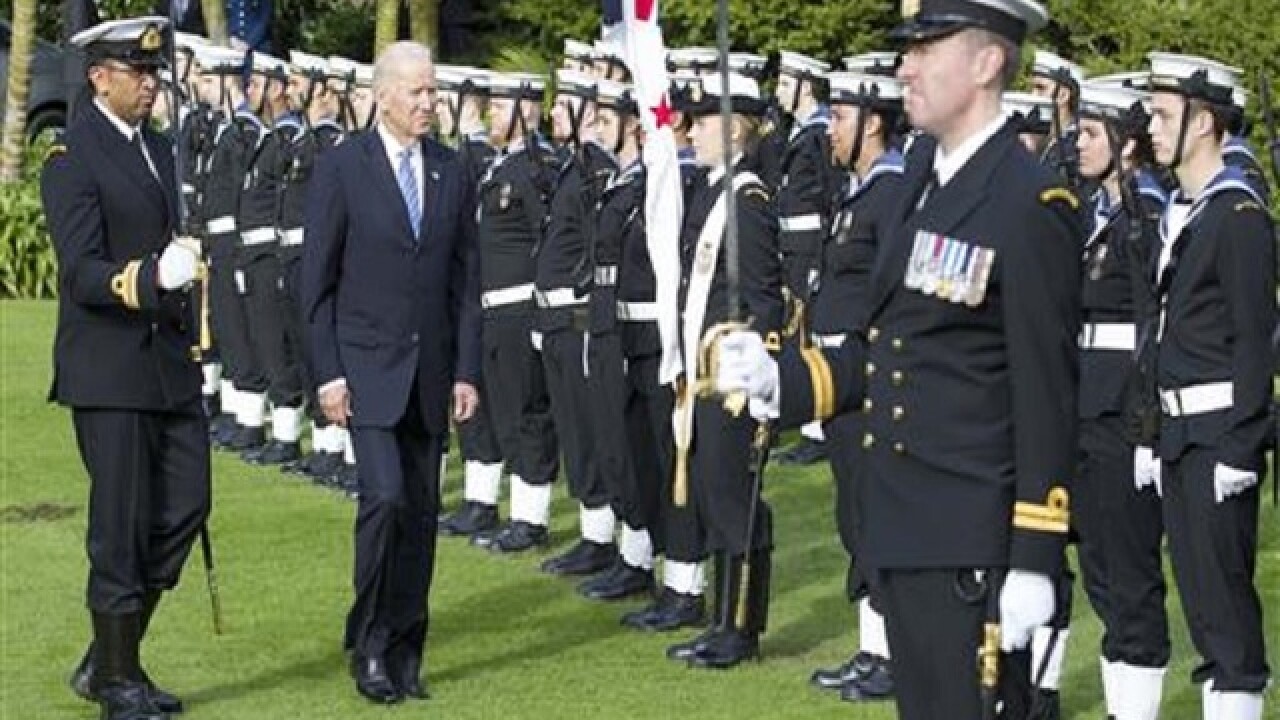 SYDNEY (AP) — Vice President Joe Biden says the U.S. has accepted an invitation to send a Navy ship to New Zealand for the first time in three decades.
The move signals an end to a stalemate between the two countries that was sparked by New Zealand's anti-nuclear policy.
New Zealand Prime Minister John Key announced during a joint news conference with the visiting vice president on Thursday that New Zealand had invited the U.S. to send a ship to participate in the Royal New Zealand Navy's 75th anniversary later this year.
Biden says he has gladly accepted the offer.
No U.S. warships have been allowed to visit the country since the 1980s, when New Zealand introduced its nuclear-free policy.
Copyright 2016 The Associated Press. All rights reserved. This material may not be published, broadcast, rewritten or redistributed.