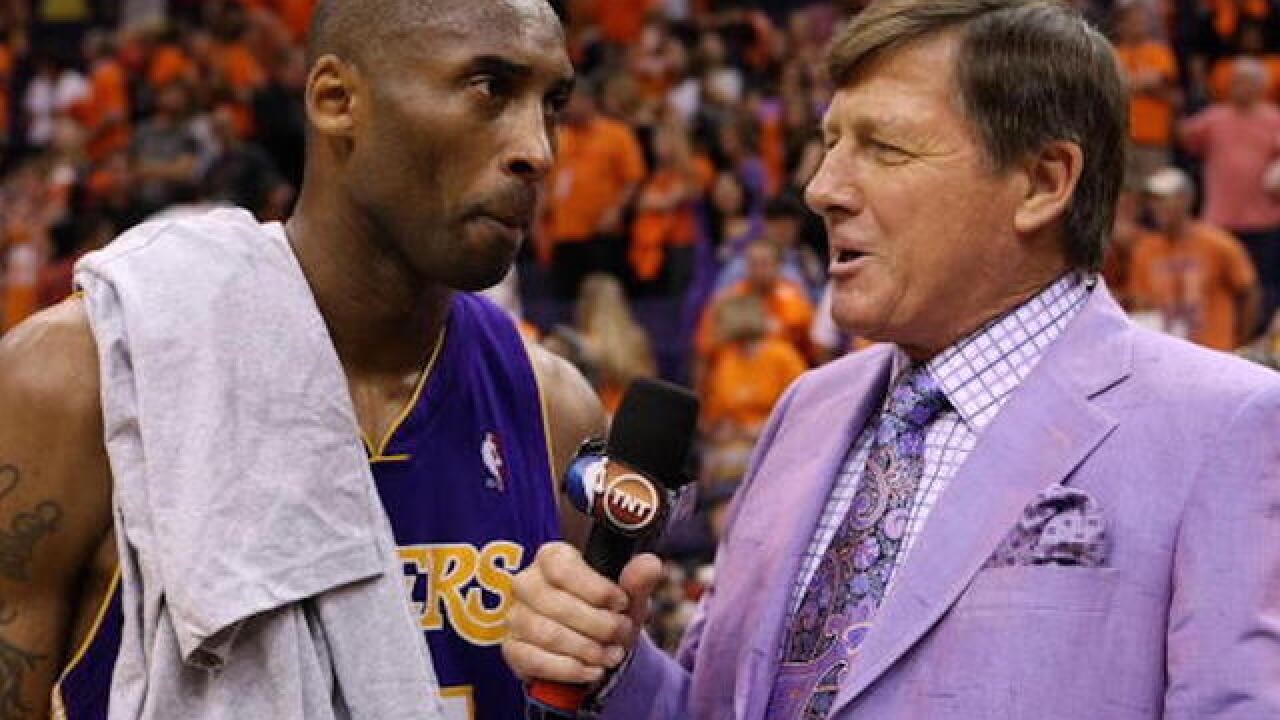 Copyright Getty Images
Christian Petersen
<p>PHOENIX - MAY 29: Kobe Bryant #24 of the Los Angeles Lakers is interviewed by Craig Sager after defeating the Phoenix Suns 111-103 in Game Six of the Western Conference Finals during the 2010 NBA Playoffs at US Airways Center on May 29, 2010 in Phoenix, Arizona. The Lakers will play the Boston Celtics in the NBA Finals. NOTE TO USER: User expressly acknowledges and agrees that, by downloading and/or using this Photograph, user is consenting to the terms and conditions of the Getty Images License Agreement. (Photo by Christian Petersen/Getty Images)</p>

Best known for sporting colorful outfits during broadcasts of the NBA on TNT, broadcaster Craig Sager was told by his doctors that he has three to six months left to live.

Sager was recently given the grim news after battling two bouts of leukemia. He was sidelined twice while undergoing treatment.

After being sidelined for much of the 2014-15 season, Sager returned to cover a Chicago Bulls home game for TNT in March 2015. And then came the news the cancer returned. His some Craig Jr. donated bone marrow to his father last summer. After receiving a clean bill of health, Sager once again rejoined TNT’s broadcasts.

Sager has lost more than 50 pounds since his initial diagnosis in April 2014.

“I have already had two stem cell transplants, very rarely does a person have a third,” Sager told HBO’s Real Sports. “I am still kicking, still fighting. I haven’t won the battle, it isn’t over yet, but I haven’t lost it. (I’ve had) some victories and some setbacks.”

Sager’s interview is scheduled to air Tuesday evening on HBO.

Before the interview, members of the NBA community showed their support for Sager.

Thoughts and prayers for Craig Sager and his family. Keep on fighting man. #prayforsager

My prayers goes out to one of the best to ever do it Craig Sager!! Please Stay Strong. #CancerSucks