National Guard lays down shields during peaceful protest in Nashville 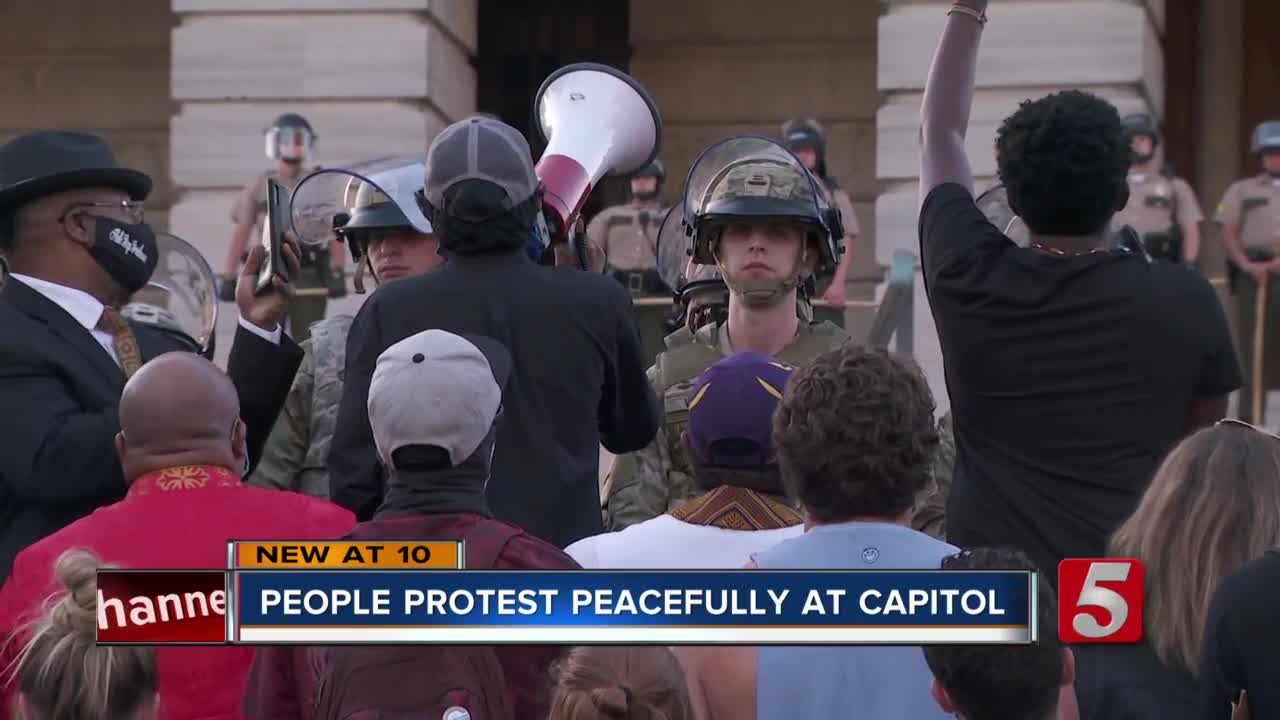 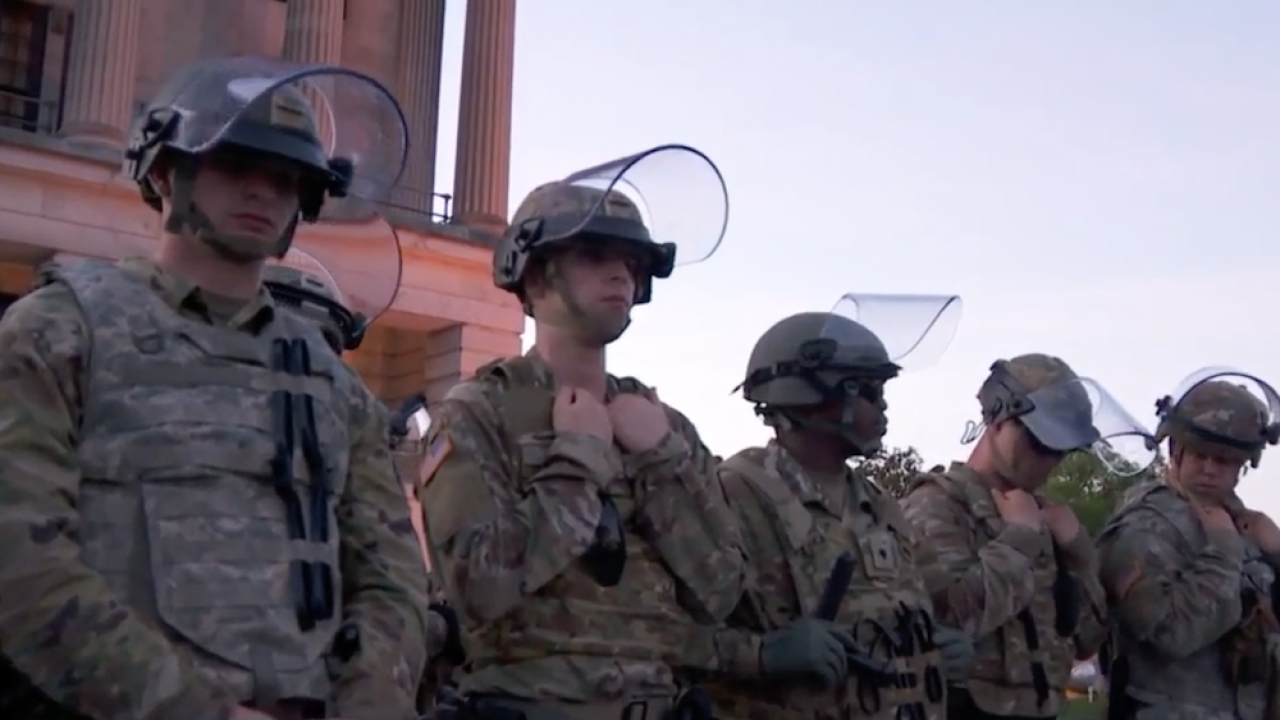 The crowd sang songs like "This Little Light of Mine," held signs reading "Black Lives Matter," and chanted "no justice, no peace."

They walked from Legislative Plaza to the Capitol to stand in front of National Guard troops. One of the protesters asked the guardsmen to drop their shields, and they did.

"We want to invite these law enforcement officers to lay down their swords and shields and join us," one of the protest organizers said.

The troops did not join in on the songs or chants, but the crowd erupted in cheers as some of the guardsmen laid down their shields, allowing the activists to continue to peacefully protest.

The Tennessee National Guard just laid down their shields upon being requested to do so by peaceful protesters at the Tennessee State Capitol. Life and justice win. This is my Tennessee! pic.twitter.com/aeoroFxWG4

Participants said it was important to meet on the steps of the Capitol during the first day of the legislative session. They called on lawmakers to call off the National Guard, pass legislation that would demilitarize the police and get rid of legislation that would give police officers immunity if they commit a crime.

They also repeated the names George Floyd, Breonna Taylor, and Ahmaud Arbery and said they would not be forgotten.

Organizers indicated more rallies would be held in the future. They said there is more work to be done, and they want to continue to spread their message in a peaceful way.

"Our struggle for justice continues," said Russell Pointer, the pastor of the Reformation Church Nashville. "Not just in Minneapolis, not just in Louisville, but also here in Tennessee. We have our own struggles."

The protest continued with speakers, songs and chants and ended peacefully before the city's curfew.

This story was originally published by Rebekah Pewitt on WTVF in Nashville.