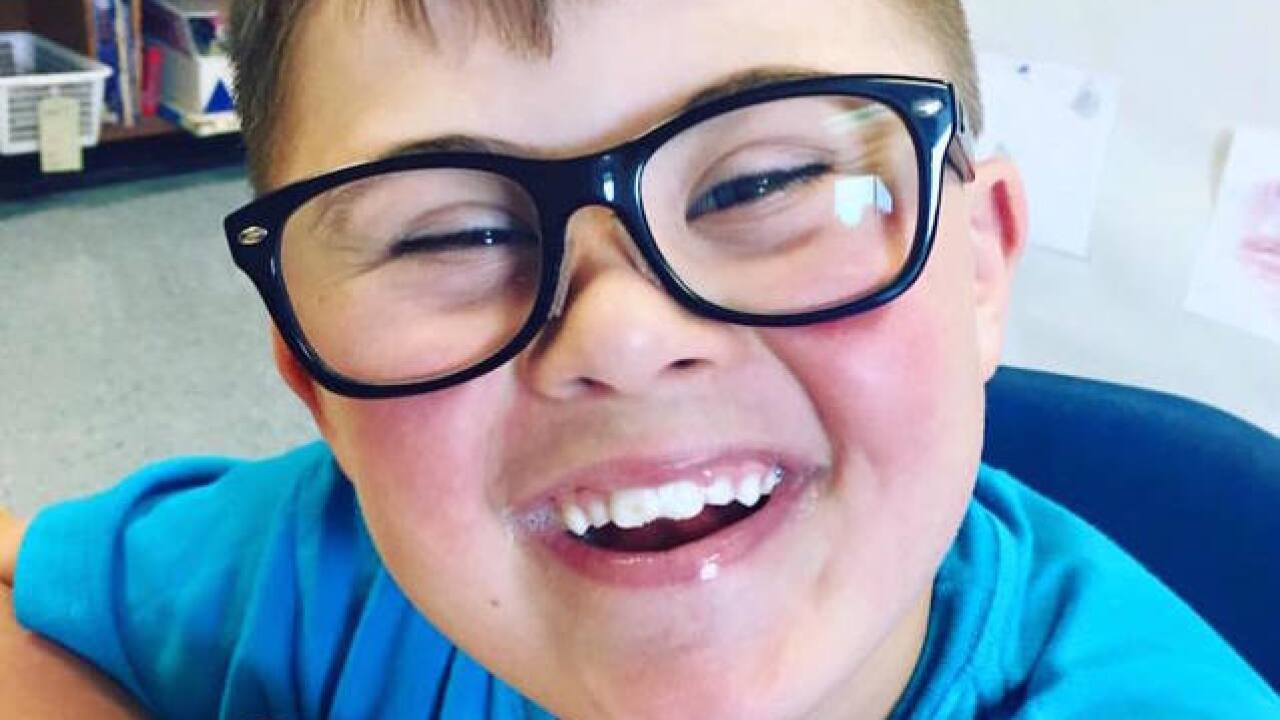 After Jennifer Kiss-Engele's son Sawyer was the only one of 23 students in his class not invited to a birthday party, Kiss-Engele decided to speak up.

Sawyer has Down syndrome, which causes those with the syndrome to experience issues with physical and mental development. According to Kiss-Engele, Sawyer was excluded from his classmate's party because of his syndrome.

Kiss-Engele wrote on Facebook, hoping to educate families on Down Syndrome. The post has been shared nearly 3,000 times as of Saturday evening.

She added that her son has often been excluded from activities with other classmates due to his condition.

"I realized myself that Sawyer hasn’t been invited to hardly anyone’s birthday party this past year," she said. "The kids are getting to that age where they often only invite a few children to their parties and he hasn’t made the cut. Other parents I know that have children with Down syndrome have often started the school year by educating the class and I haven’t done that."

After the post went viral, Kiss-Engele's letter reached the classmate's family. It turns out Sawyer will be getting a special birthday invite after all.

"The parent read my letter, spoke to their child about Sawyer, and the child created a special birthday invite for Sawyer," Kiss-Engele said. "Of course he's been beaming ever since and can't stop talking about it."