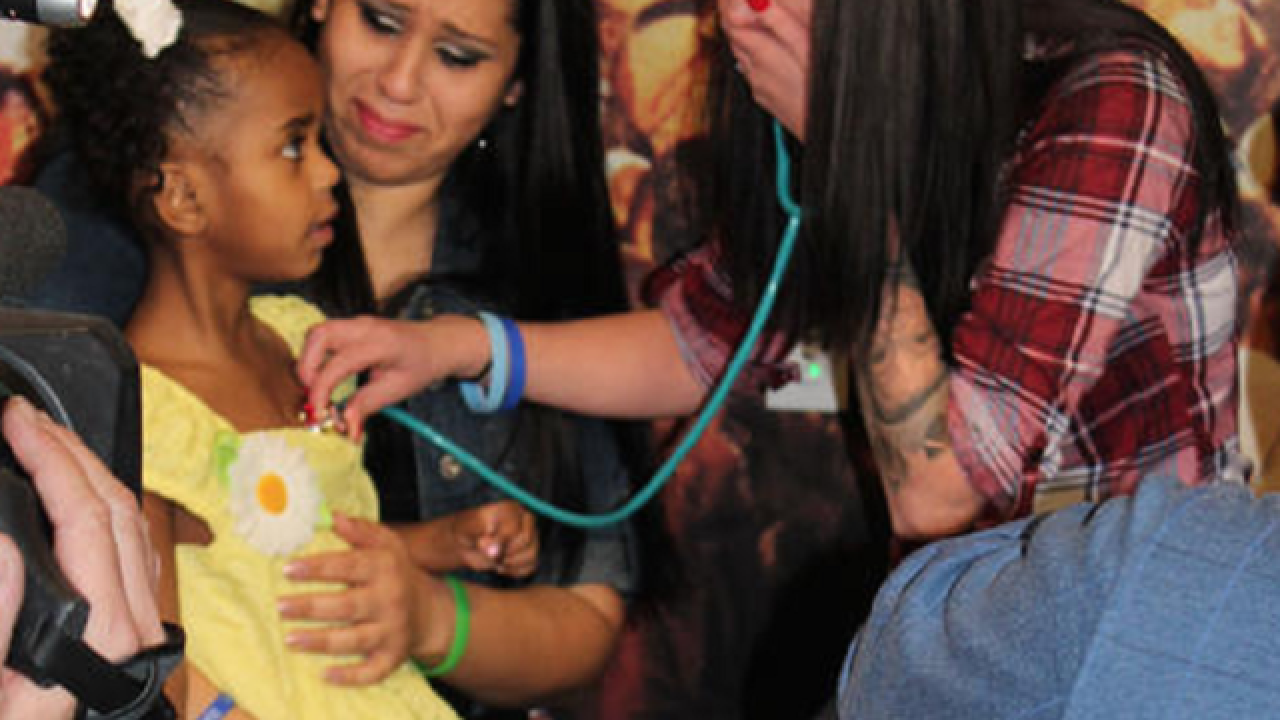 On Friday, Heather Clark heard placed a stethoscope on 4-year-old Jordan Drake's chest and broke down in tears. It was a familiar sound she was listening to.

When Clark’s son, Lukas, suddenly died in 2013 at 7 months old, she decided she would donate his organs.
According to CBS News, Clark explained of her decision, “I knew if Lukas could prevent another family from experiencing the loss that I felt, that's what I needed to do.”
And her actions did exactly that – she saved Drake’s life and the lives of two others.
Due to a congenital heart defect, Drake was 18 months old when she was fighting for her life inside Phoenix Children's Hospital. Lukas’ donated heart would ultimately save her life.
Though it took some time and courage for Clark and Esther Gonzalez – Drake’s mother – to contact one another, they always knew they eventually would.
"That's your baby," Gonzalez reportedly whispered to Clark, as she listened to the consistent heartbeat.
And it won’t be the last time, as Clark plans to be around for all of Drake’s major life milestones.
10News