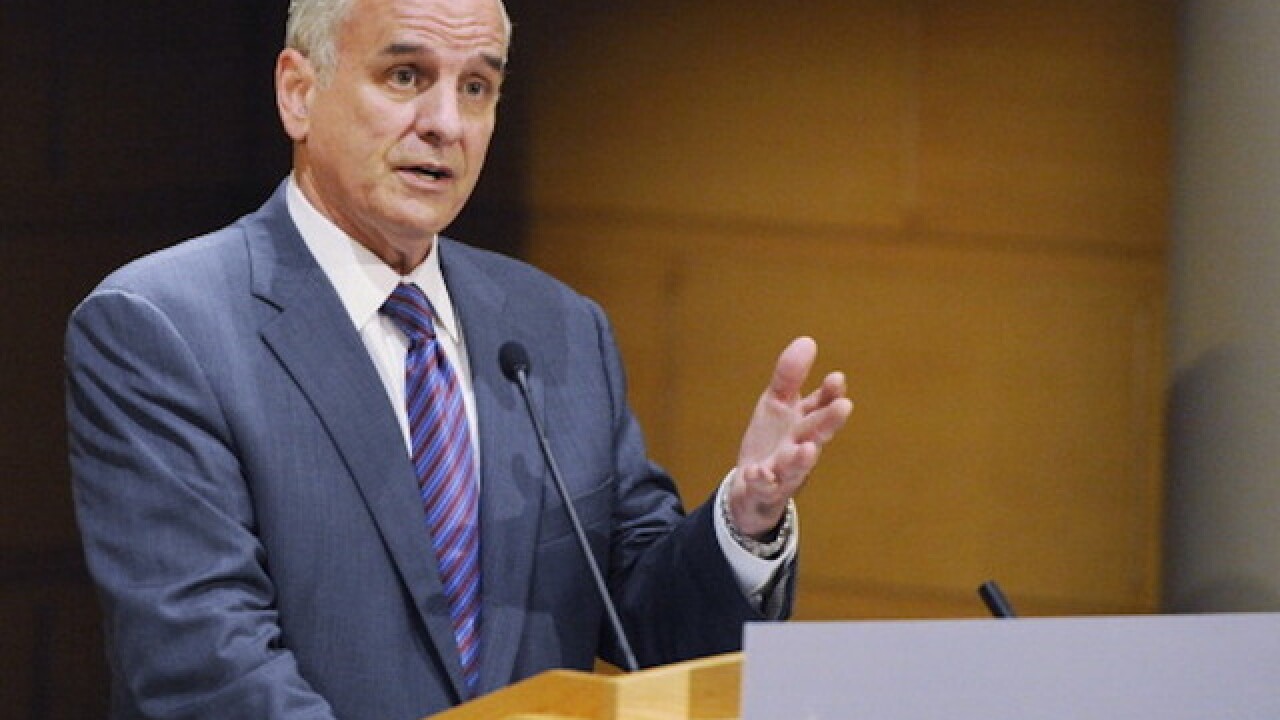 Hannah Foslien
<p>MINNEAPOLIS, MN - JULY 14: Governor of Minnesota Mark Dayton speaks to Policy Fellows at the Humphrey School of Public Affairs on July 14, 2011 in Minneapolis, Minnesota. The state of Minnesota shut down state services after Republicans and Democrats failed to come to an agreement on the budget. (Photo by Hannah Foslien/Getty Images)</p>

Gov. Mark Dayton says he is "heartbroken for Minnesota" over the fatal shooting of a black man by a police officer in a Minneapolis suburb.

Dayton told reporters Thursday that "nobody should be shot and killed in Minnesota for a traffic taillight." He also added that Castile might still be alive today if not for the color of his skin.

"Would this have happened if the driver and the passengers had been white? I don't think so," Dayton said.

Philando Castile had been pulled over for an apparent broken tail light when he was shot by the officer Wednesday in the suburb of Falcon Heights.

The Democratic governor says "justice must be served," but that he wants the state investigation to take its course.