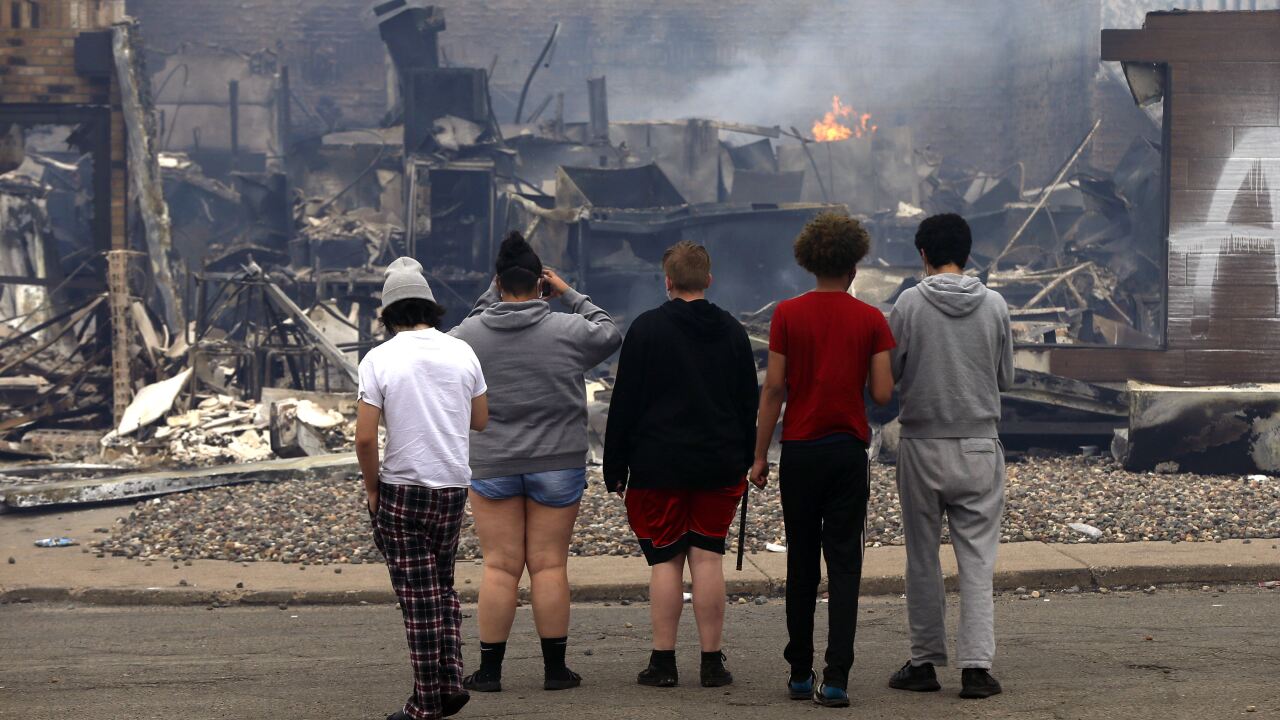 Copyright 2020 The Associated Press. All rights reserved
Jim Mone/AP
Onlookers watch as smoke smolders from a destroyed fast food restaurant near the Minneapolis Police Third Precinct, Thursday, May 28, 2020, after a night of rioting and looting as protests continue over the death of George Floyd, who died in police custody Monday night in Minneapolis after video shared online by a bystander showed a white officer kneeling on his neck during his arrest as he pleaded that he couldn't breathe. (AP Photo/Jim Mone)

Unrest in Minneapolis continued on Thursday as the Minnesota National Guard was activated as protests and looting continued in the city.

Nearly 500 members of the Guard have been activated.

"Our mission is to protect life, preserve property and the right to peacefully demonstrate. A key objective is to ensure fire departments are able to respond to calls," the National Guard said late Thursday.

The protests were sparked following the death of George Floyd, a black Minnesota man who died in police custody after a police officer held a knee against Floyd’s neck for several minutes. Floyd’s death caused outrage from politicians and civil rights activists as the public revisited tensions between police and the black community.

While protest organizers have called for peaceful demonstrations, some have not heeded the call. The tensions reached a fever pitch on Wednesday as several Minneapolis businesses were looted.

As protests grew on Thursday, Gov. Tim Walz called for the assistance of the National Guard to handle the protests and riots.

"We are ready and prepared to answer the Governor's request. We are currently in process of assigning and preparing units to respond," said Maj. Gen. Jon Jensen.

The protests continued to grow late Thursday. Protesters burned dozens of buildings, including a police substation.

Protesters, along with Minneapolis Mayor Jacob Frey, have called on charges to be filed against Derek Chauvin, the now fired officer who held a knee to Floyd's neck.