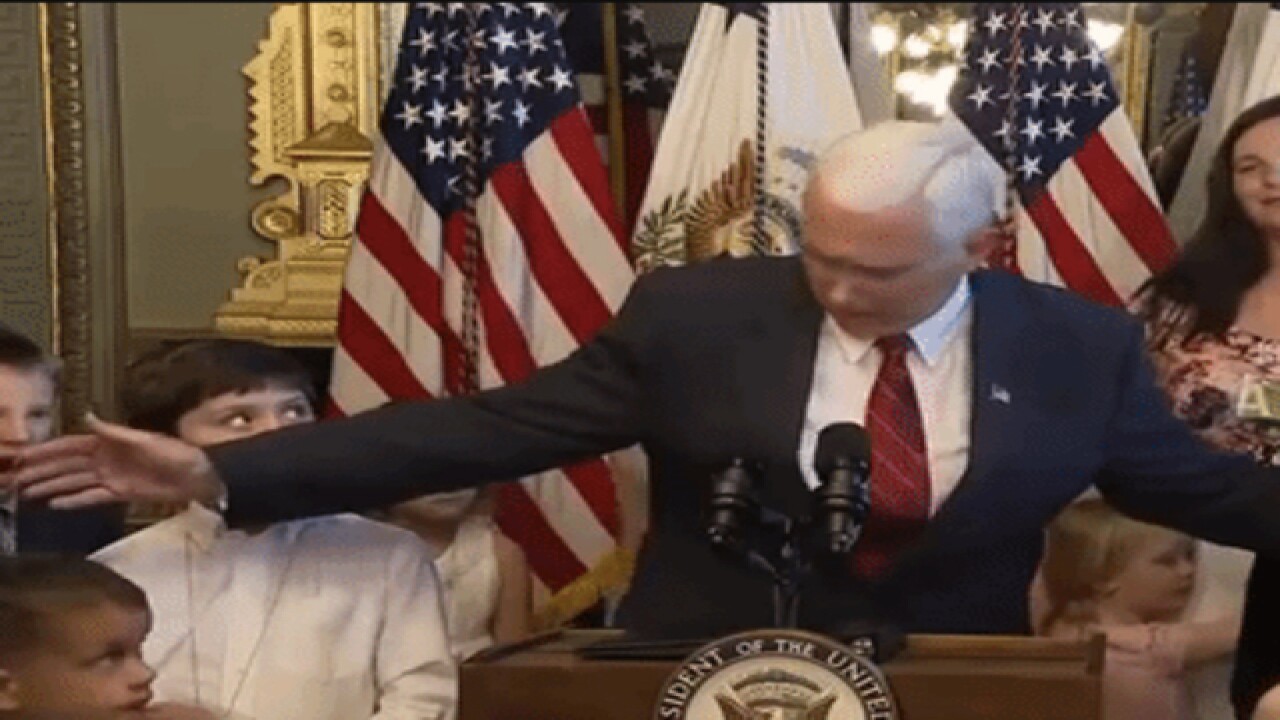 INDIANAPOLIS -- Using a word you probably haven't heard in a while, Vice President Mike Pence apologized Tuesday for accidentally "bopping" a child in the face.

Pence was saying how much the current administration values their family members' service to the country when, at the end, he extended his arms and lightly hit a nearby child in the face.

Pence then started moving around the room, greeting and entertaining children along the way. The "bopped" victim refused to be ignored and followed him around, trying to get his attention.

The child can be heard on one of the microphones saying "Excuse me, you owe me an apology."

After a couple minutes of politely waiting, the child finally gets Pence's attention, who leans down to hear what he had to say.

Pence then gives the kid what he's been asking for.

Watch the full exchange below.